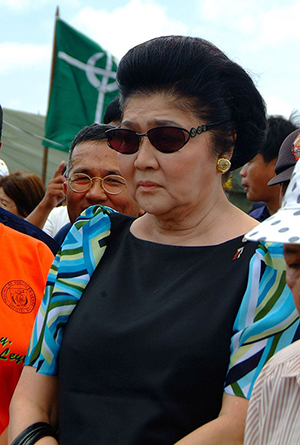 Imelda Marcos in a 2006 photo. Image courtesy of Wikemedia Commons.

MANILA (AFP) – Philippine authorities said they seized paintings Tuesday from a Manila property of former first lady Imelda Marcos as part of efforts to recover works by Picasso, Gauguin, Miro, Michelangelo and others.

The raid came a day after a special court ruled that eight paintings owned by the widow of former dictator Ferdinand Marcos had been acquired with embezzled state funds and must be turned over to the government.

“Paintings were seized, but we have yet to determine which ones or how many,” he said.

The court also ordered authorities to search the other homes and offices of Marcos, 85, an elected member of the House of Representatives.

Suarez said he did not have estimates of the current value of the artworks.

Imelda Marcos, a keen art collector, will appeal the court ruling on the eight paintings, said her lawyer Robert Sison.

“The order is highly questionable. We will question that order,” he told AFP.

Sison described the ruling as illegal since the paintings were not included in a forfeiture case that the government had earlier filed against the Marcoses.

The Philippine Supreme Court ruled in the government’s favor on the forfeiture in 2003, a case that included $658 million in Swiss bank deposits.

The government alleges the Marcos family plundered an estimated $10 billion from the nation’s coffers before a military-backed “People’s Power” revolt in 1986 forced them into exile in Hawaii, where the dictator died three years later.

The flamboyant former first lady symbolized the excesses of the Marcos years with her collection of 3,000 shoes and jewelry fit for European royalty.

In all, the government is searching for 150 paintings including works by Van Gogh, Rembrandt, Picasso, Monet and Michelangelo that the Marcos family allegedly amassed during their 20-year rule, according to the wealth recovery body’s chief Andres Bautista. 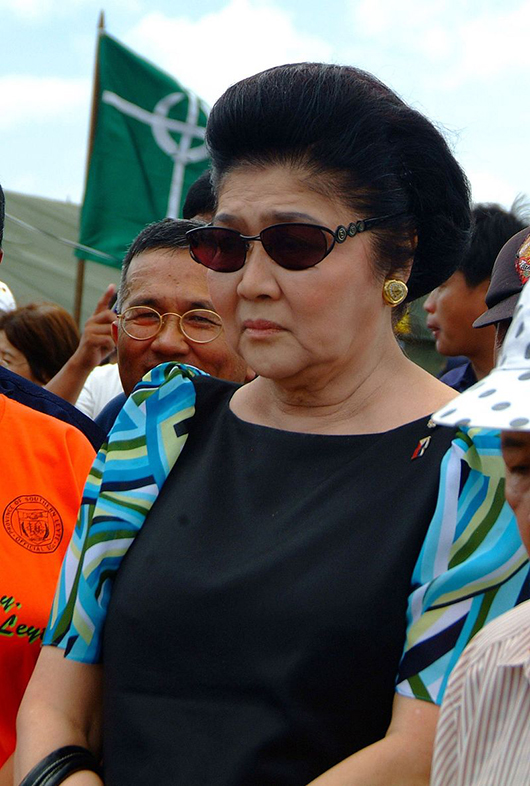 Imelda Marcos in a 2006 photo. Image courtesy of Wikemedia Commons.