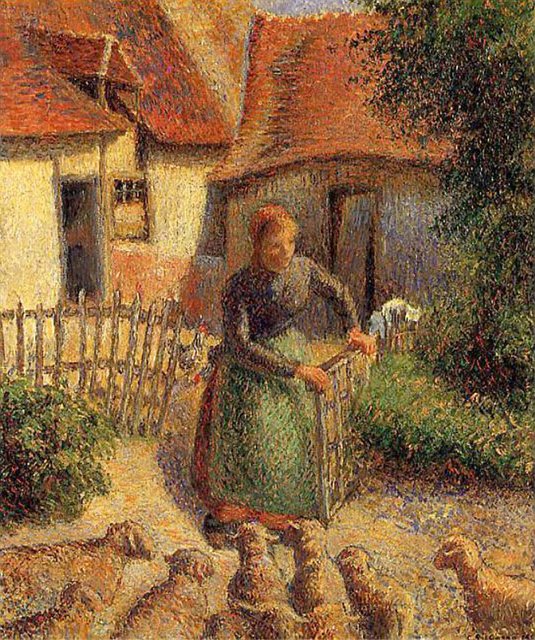 NORMAN, Okla. (AP) – An 1886 painting that was stolen as part of a Nazi looting campaign that stretched across Europe during World War II has been transferred to Paris from the University of Oklahoma.

The painting, Shepherdess Bringing in Sheep, by Camille Pissarro (French, 1830-1903), will be on display at the French museum, Musee d’Orsay, for five years before returning to the university in alternating three-year intervals, The Oklahoman reported.

The rotating display arrangement is part of an agreement between the university and Leone Meyer, whose father, Raoul Meyer, owned the painting during the German occupation of Paris in World War II.

“Decisions made on behalf of the university throughout this detailed process have maintained great sensitivity to the history behind the painting as well as the families involved,” University of Oklahoma President David Boren said.

The settlement reached acknowledges Meyer’s inheritance rights and determined the Weitzenhoffer family acted in good faith in acquiring the painting and sending it to the university.

An attorney for Meyer said she was pleased “that the painting will be put on public display in France, so that the public may see the painting and, more importantly, learn about its history.”

Boren said “a fair and just resolution among all parties has been reached.”
___