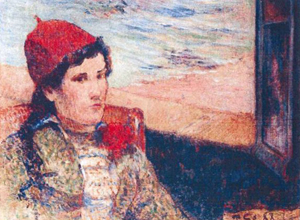 ‘Girl in Front of Open Window’ by Paul Gauguin (1888) was one of the paintings stolen in October. Rotterdam Police image.

BUCHAREST (AFP) – Three Romanians allegedly involved in a spectacular theft from a Dutch museum last year were caught while negotiating the sale of the stolen masterpieces, a Romanian newspaper reported Wednesday.

Romanian police and the prosecutor’s office dealing with terrorism and organized crime (DIICOT) declined to comment on the report in Evenimentul Zilei.

Romanian police told AFP on Tuesday that three people were arrested in Romania on suspicion of involvement in the theft of seven masterpieces, including Monets and a Picasso, in Rotterdam’s Kunsthal museum in October, but refused to elaborate.

Dutch police say no painting has so far been recovered.

But experts said that any black-market sale would net just five to 10 percent of the paintings’ real worth, if they can be sold at all.

According to judicial sources quoted by Evenimentul Zilei, the threesuspects come from the Tulcea region in eastern Romania and had been under investigation for violent offences in the past.

They are being detained for 29 days in line with a court decision overnight Monday, a court spokeswoman said.

Seven masterpieces, including paintings by Pablo Picasso, Henri Matisse, Claude Monet and Paul Gauguin, were stolen from the Kunsthal museum on Oct. 16, the biggest such heist in 20 years.

The spectacular theft gripped the Netherlands and the art world as police apparently struggled to piece the crime together, despite putting 25 officers on the case. 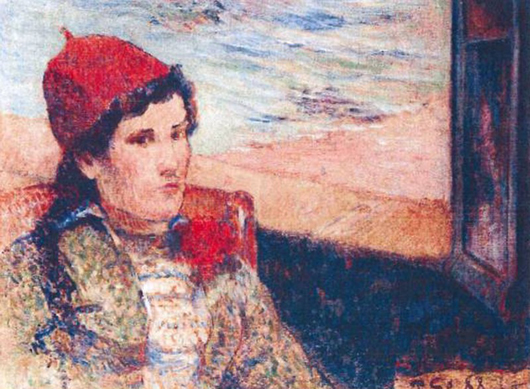 ‘Girl in Front of Open Window’ by Paul Gauguin (1888) was one of the paintings stolen in October. Rotterdam Police image.

Romanian who admitted Dutch art heist to get reduced sentence