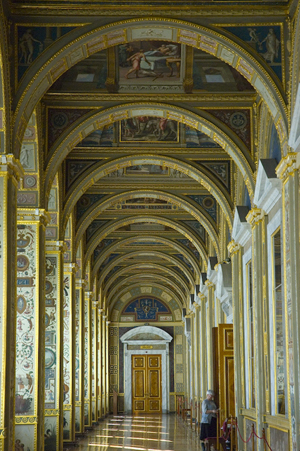 ST. PETERSBURG, Russia (AFP) – On Thursday, Russia said it was carrying out raids as part of a probe into the alleged embezzlement of $1.5 million of state funding allocated for refitting St. Petersburg’s celebrated Hermitage museum.

The interior ministry said its investigators were probing the embezzlement of 50 million rubles ($1.5 million, 1.1 million euros) from the federal budget intended for reconstruction work at the museum renowned for its priceless collection of Western art.

The ministry said in a statement on its website that it was carrying out raids in Moscow and St. Petersburg as part of the investigation.

A group of unnamed individuals “with the goal of stealing budgetary funds … made unjustified alterations to previously agreed documentation for the project,” the ministry said.

Police on Thursday morning raided the offices of a St. Petersburg construction firm, Intarsiya, which was contracted in 2008 to undertake the renovations, the company’s press service told AFP.

In July, Russia’s Audit Chamber asked the interior ministry to investigate after finding “indications of corruption” in a deal signed by the city government-owned St. Petersburg Fund of Investment Building Projects with Intarsiya worth 6.2 billion rubles.

The Audit Chamber said the funding came both from the federal budget and the International Bank for Reconstruction and Development, part of the World Bank.

The state-owned Hermitage said Thursday in a statement quoted by the RIA Novosti news agency that it did not take any part in distributing the money or drawing up documentation.

Housed in the vast Winter Palace, once home to Russia’s tsars, the Hermitage has a collection of more than 2.5 million items, including paintings by Matisse and Picasso, that attracts more than two million visitors per year.

The past decade has seen major renovations at the museum, which fell into disrepair following the collapse of the USSR. It stands in St. Petersburg’s historic center, which is listed as a UNESCO World Heritage Site.

In 2006, it was discovered that a curator had pilfered $2.5 million worth of jewelry from the museum over several years.

The curator dropped dead of a heart attack when confronted by investigators. 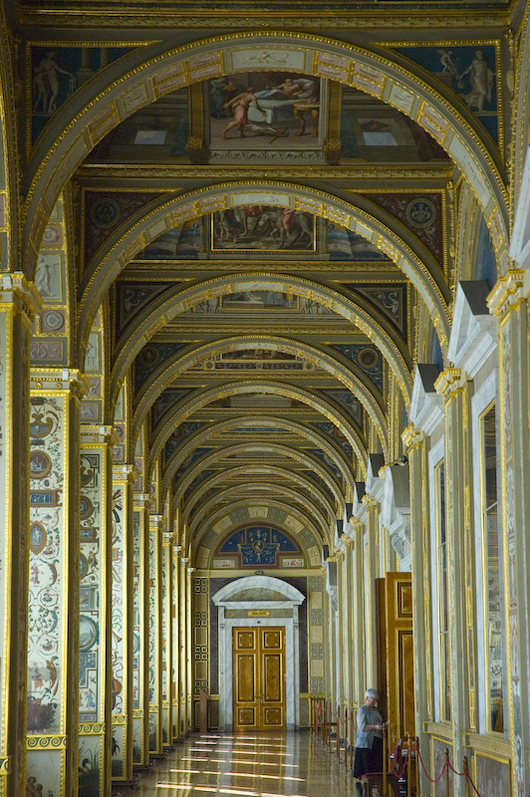 Action star Stallone shows off artistic side in Russia