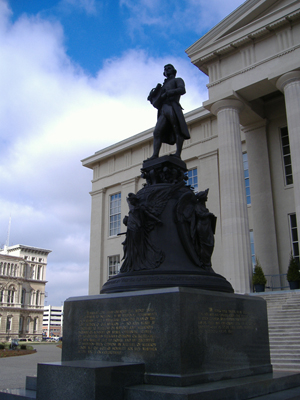 LOUISVILLE, Ky. (AP) – Lady Justice in downtown Louisville is missing her scales—and apparently has been for some time.

Lady Justice is part of the Thomas Jefferson statue near the Jefferson County Courthouse. A photo of the statue from 2008 shows the scales, but a photo from 2010 doesn’t.

Mayor Greg Fischer told The Courier-Journal that he fears someone stole the scales and sold the piece for scrap. Fischer called on antique stores and scrap metal shops to check their inventory for the artwork.

The full-length statue of Jefferson is holding the Declaration of Independence and standing on a replica of the Liberty Bell. Four female figures surround the base of the bell—Liberty, Equality, Justice and Brotherhood of Man and Religious Freedom.

Information from: The Courier-Journal, http://www.courier-journal.com 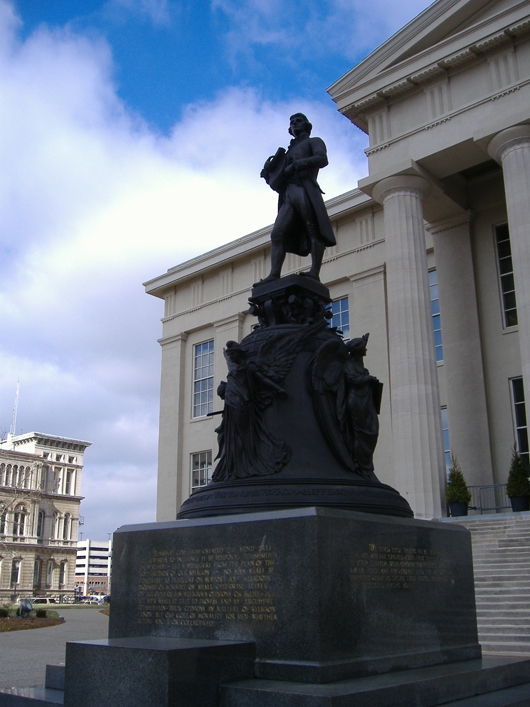 Fallen soldier statue to be restored in tornado-torn town

Relics of Nevada’s notorious side sold at auction