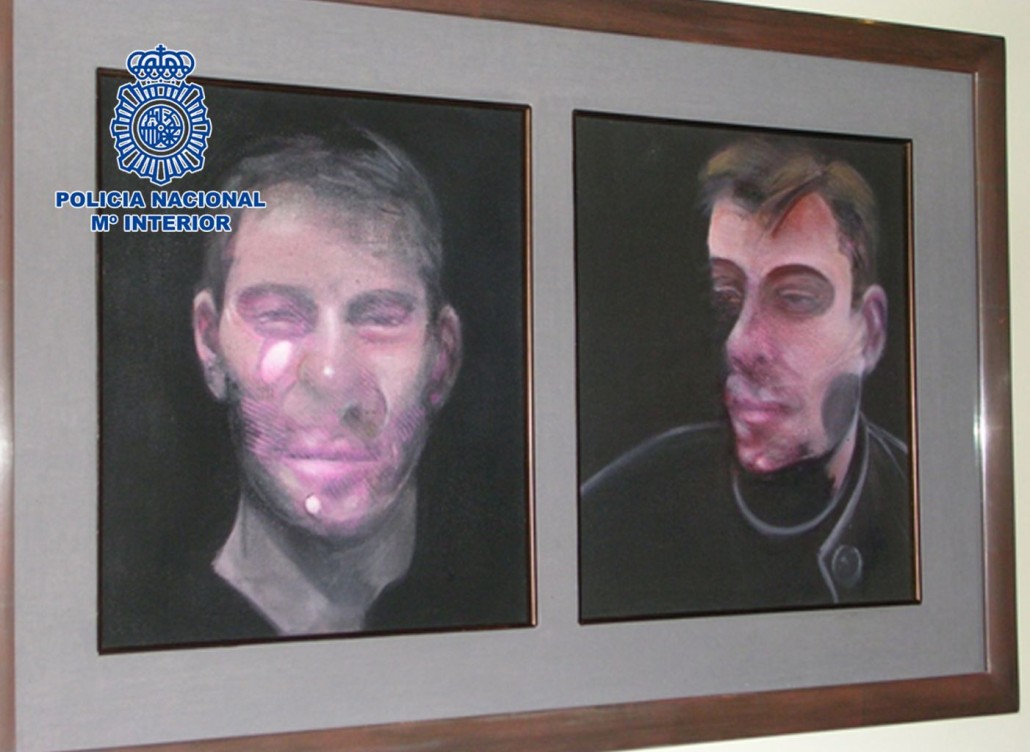 A photo of one of the five stolen Francis Bacon paintings. Spanish Interior Ministry photo.

Investigators in February received information from a British firm that had received a request to verify the provenance of some art.

Photographs of Bacon canvases were included for assessment and these led to the arrest of the suspects.

Saturday’s statement did not say when the arrests were made, and the investigation is continuing.