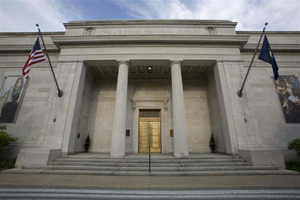 LOUISVILLE, Ky. (AP) – A stolen 14th-century panel painting depicting the Virgin Mary and Child has been recovered at a Kentucky art museum, which agreed Monday to return the piece to Italian authorities.

The piece was one of 14 taken from the Italian villa. Federal prosecutors say the stolen art had a total value of $33 million.

U.S. Attorney’s Office spokesman Robert Nardoza in Brooklyn, N.Y., said no one has been charged in the theft. Nardoza declined to say how the painting was traced to Kentucky and said he couldn’t get into the details of the investigation.

Charles Venable, director of the Speed Museum, said a scholar in Italy matched a photograph that the family had taken with photos of the work in the Speed collection a couple of months ago and the match was reported to authorities in that country.

“To be honest, works of art have complicated histories sometimes, particularly ones that could be very old works of art,” Venable said.

An email sent to Newhouse Galleries in New York was not immediately answered Monday.

Recovering stolen art is sometimes difficult. The FBI lists more than 6,200 pieces of art as stolen on its website. Interpol, the international law enforcement group, lists Italy and France as the two countries most affected by art thefts.

The three-panel painting recovered in Kentucky features the Virgin Mary and a child in the center, surrounded by two saints, John the Baptist and Catherine of Alexandria. The right panel depicts the crucifixion of Jesus and the annunciation to the Virgin Mary, with the left panel showing two saints.

The painting has been attributed to Jacopo del Casentino, who died in 1358.

The triptych disappeared from the Villa La Giraffa owned by Lidia Bianchi Perdomini in Goito, Italy, on Oct. 2, 1971. Italian police reported that burglars cut through metal bars and a glass window, leaving with multiple pieces, including works by Italian realist painters Giovanni Fattori and Silvestro Lega.

Federal prosecutors say the Italian Ministry of Cultural Heritage in Rome contacted Homeland Security Investigations in New York about the painting, which was tracked to the Speed Art Museum. Art consultants identified the work based on unique markings in old photographs.

A stipulation filed in court says Speed Art Museum officials had no knowledge the painting was stolen until Homeland Security Investigations contacted the museum in 2010. Because Bianchi is dead, Italian authorities will determine what will become of the painting, federal prosecutors said.

Associated Press reporter Brett Barrouquere can be reached at http://twitter.com/BBarrouquereAP 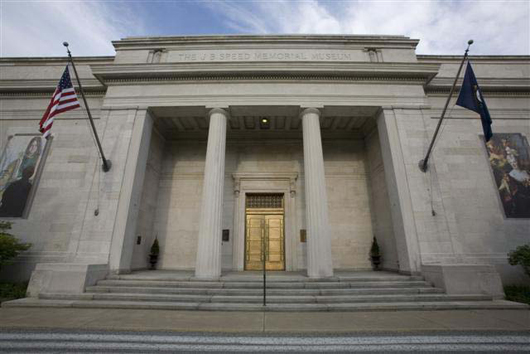