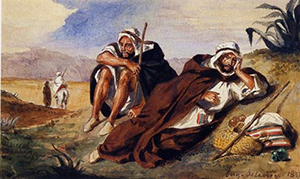 PARIS (AFP) – A painting worth more than 600,000 euros ($825,000) by French master Eugene Delacroix, which was stolen last November from a central Parisian art gallery, has been found in Belgrade and repatriated, a source close to the case said Thursday.

A 50-year-old Serbian has been arrested in Paris on suspicion of having snatched the 1837 work titled “Les Arabes d’Oran” (Arabs of Oran) from Galerie Schmit on the chic rue Saint-Honore, which runs parallel to the Louvre museum.

The man is also suspected of having stolen a crystal statue worth 40,000 euros from a Paris boutique of designer glassware firm Lalique a day before the Delacroix theft.

Delacroix, who lived from 1798 to 1863, was the most important member of the French Romantic movement. 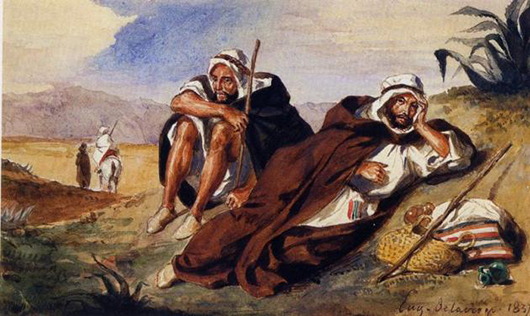