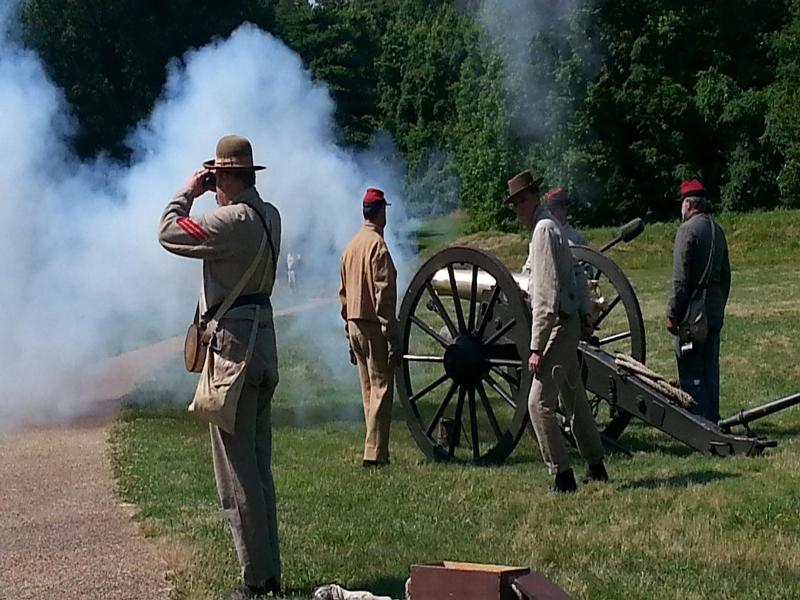 PETERSBURG, Va. (AP) – Virginia’s National Park Service says a portion of the Petersburg National Battlefield has been declared a crime scene after looting.

Chief of interpretation Chris Bryce said Saturday that park officials are in the process of assessing the damage. He said there were a number of places where the ground had been dug up earlier in the week.

Petersburg National Battlefield is a 2,700-acre park, about 26 miles south of Richmond, that marks where more than 1,000 Union and Confederate soldiers died fighting during the Siege of Petersburg 151 years ago.

There are a number of locations on the battlefield where someone has gone in and actually dug and upturned the soil by several inches, Bryce said.

Unfortunately, he said, people will sometimes go into national parks or to battlefields and dig up relics in search of buttons from uniforms, bullets, artillery shells and other historic items. They often sell their loot online because there is a market for Civil War relics.

“When this happens, it’s not just a loss for Petersburg National Battlefield, it’s a loss for the American people,” he said. The timing of the looting could not have been worse, he said, because it comes right before Memorial Day. “And now we’re having to deal with a situation where someone has essentially come in and has desecrated the park on the eve of a very important weekend for us in terms of commemoration.”

Digging up national parks and battlefield in search of historic memorabilia is a violation of the Archaeological Resources Protection Act, which carries a penalty of up to two years in prison and a $20,000 fine, he said.

The battlefield remains open to visitors, he said, but a portion of it will be marked off limits as a result of the looting.