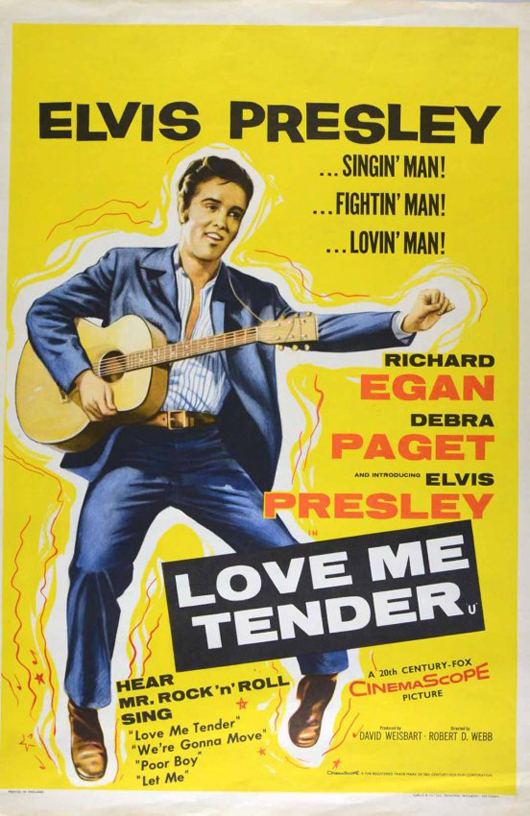 Elvis Presley made his film debut in 1956, starring in ‘Love Me Tender.’ Image courtesy of LiveAuctioneers.com archive

SIOUX FALLS, S.D. (AP) – A Tennessee man is asking an appeals court to overturn a decision awarding a guitar once owned by Elvis Presley to the National Music Museum at the University of South Dakota.

The museum bought the guitar from Robert Johnson in 2012 as part of a collection of instruments worth $250,000. The rock ‘n’ roll icon played the Martin D-35 guitar on his final tour in 1977, the Argus Leader reported.

It was damaged during a show in St. Petersburg, Florida, where Elvis gave it to a fan. He died six months later.

As that proceeding played out, the museum sued Moss. The case ended up in federal district court in South Dakota.

A Tennessee judge ruled that the Elvis guitar belonged to Moss. But Federal District Court Judge Karen Schreier ruled that under both Tennessee and South Dakota law, the ownership title doesn’t pass from one person to another until the item is delivered. She said that Johnson didn’t have title to the instrument because he never possessed it.

A three-judge panel from the 8th Circuit Court of Appeals will rule on the case.