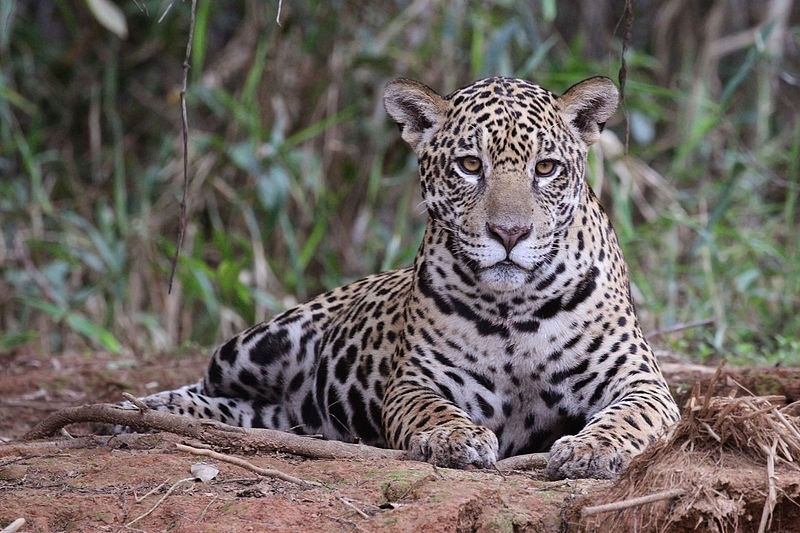 WASHINGTON – There was a big win for jaguars last week at the 13th Conference of the Parties (CoP) of the UN Convention on the Conservation of Migratory Species of Wild Animals (CMS) in Gandhinagar, India, as governments approved listing the species for the first time to protect it across its entire range.

Urgent action is vital to save the jaguar, with 40% of its habitat having been lost over the last 100 years. While also a target of illegal wildlife trade, further destruction of habitat and critical migratory corridors likely poses the greatest threat to the survival of this iconic animal — the largest native cat in the Americas and third-largest big cat in the world.

Attending government representatives of the 130 member parties approved by consensus the proposal to list the jaguar on both appendices of CMS to offer protections for the species, which ranges across 19 states from the US down to Argentina and almost every country in between. Appendix I affords the highest protection possible, with Appendix II requiring countries to coordinate conservation efforts for the species.

Matt Collis, IFAW Director, International Policy, and head of IFAW’s delegation at CMS, welcomed the decision, saying: “This is an important conservation win for jaguars. IFAW was strongly supportive of the proposal to provide protection for this animal, which is emblematic of the problems facing many migratory species. Halting the loss of habitat and destruction of migratory corridors is vital, especially for isolated and endangered populations, if the jaguar is to survive across the Americas.’

“CMS offers a unique opportunity to ensure we step up to protect these animals across their range. It is critical to have these safeguards in place for this species if we are to help sustain it in both the shorter and longer term.”

An Appendix I and II listing will encourage greater regional cooperation, particularly for management of transboundary populations, maintenance or creation of key migratory corridors for isolated populations and prevent further jaguar habitat loss and population declines.

While the jaguar is classed as ‘Near Threatened’ globally, 13 range states have declared the jaguar to be Endangered, four Vulnerable and two have already suffered local extinctions. Co-proposed by six countries in Latin America, this was the highest ever number of co-proponents for a proposal at CMS, excluding those sponsored collectively by all EU member states. This demonstrates the strength of regional support for this flagship species.

The jaguar’s ‘Near Threatened’ global status is due to its assessment focussing on the largest and healthiest population in the Amazon. However, a 2018 study found that when IUCN Red List criteria are applied to the other 33 jaguar populations, they qualify as Endangered or Critically Endangered due to their small size, isolation and lack of sufficient management.

Collis added: “Jaguars typify the problems faced by large mammals crossing fragmented habitats between national borders. Studies have found at least 26 transboundary populations of jaguar – where regular movement across international boundaries can occur as the animals search for mates and food. Maintaining connections between small sub-populations of jaguars that move across borders is critical to protect them across their range and the place they call home.”

About the International Fund for Animal Welfare (IFAW)

The International Fund for Animal Welfare is a global non-profit helping animals and people thrive together. Composed of both experts and everyday people, the group works across seas, oceans and in more than 40 countries around the world. They rescue, rehabilitate and release animals, and restore and protect their natural habitats. “The problems we’re up against are urgent and complicated,” IFAW said in a statement. “To solve them, we match fresh thinking with bold action. We partner with local communities, governments, non-governmental organizations and businesses. Together, we pioneer new and innovative ways to help all species flourish.”

Greece’s antiquities protection department arrests one of its own