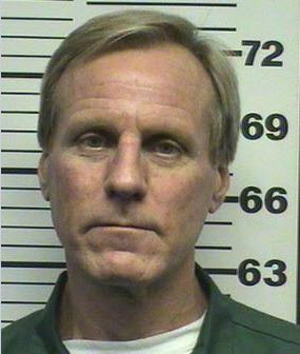 NEW YORK (AP) – First it was a curious tale of a $1.3 million painting a middleman said he drunkenly lost while trying to help a friend sell it.

Now the story has gotten stranger still: A part owner of the canvas identified its co-owner as an admitted art thief, her lawyer said.

Kristyn Trudgeon sued the middleman in New York earlier this week. But attorney Max Di Fabio said she was withdrawing the lawsuit after realizing Wednesday upon seeing a prison mug shot that co-owner Thomas Doyle was the same man who pleaded guilty in 2007 to stealing an $600,000 Edgar Degas sculpture from a wealthy collector. Doyle, whose record also includes a stint in federal prison for a $200,000 jewelry swindle in Tennessee, was paroled in December, records show.

Trudgeon is “exploring potential legal remedies,” Di Fabio said. He declined to say how Trudgeon and Doyle knew each other and acquired the portrait — Jean-Baptiste-Camille Corot’s circa-1857 Portrait of a Girl — and whether it was insured. It was held for years by the Hammer Museum in Los Angeles but later was designated acceptable for sale.

Several telephone messages left Wednesday at numbers and addresses listed in Doyle’s name weren’t immediately returned. Former lawyers for him didn’t immediately respond to telephone and e-mail messages or said they were no longer in contact with him.

In the case involving the Degas sculpture, a Thomas Doyle claimed family ties to a renowned art dealer in order to persuade a 73-year-old collector to let him take the bronze statue to be authenticated in 2004, Manhattan prosecutors said.

Instead, Doyle secretly sold the sculpture to an antiques dealer for $225,000, said then-District Attorney Robert Morgenthau, who called him “a very talented con man.” Indeed, when those charges were unveiled in 2006, Doyle was in federal custody for violating his supervised release in the Tennessee jewelry case, authorities said.

In the stolen sculpture case, Doyle pleaded guilty to grand larceny and was sentenced to 2 1/2 to five years in prison. A related lawsuit identifies him as Thomas A. Doyle III — the same name used on a document attached to Trudgeon’s lawsuit about the missing painting.

According to her lawsuit, Doyle lined up a co-worker at a private jet company, James Carl Haggerty, to take the Corot canvas to a Manhattan hotel for a potential buyer to examine on July 28.

The potential buyer, London gallery owner Offer Waterman, “had no further interest in pursuing this painting” after seeing it, his lawyer said in a statement Wednesday.

Security cameras showed Waterman left the hotel, and then Haggerty lingered in the hotel bar for more than an hour and left with the painting, Trudgeon’s lawsuit said. But cameras at Haggerty’s Manhattan apartment building captured no glimpse of the portrait when he got home nearly two hours later, the lawsuit said. And the next morning, Haggerty told Doyle he “could not recall its whereabouts, citing that he had had too much to drink the previous evening,” the lawsuit said.

Messages left at several possible addresses for Haggerty weren’t immediately returned. Nor was a message left for him Tuesday through Imperial Jets, which charters and leases out private planes.

CEO Howard Gollomp said both Haggerty and Doyle have been consultants for the New York-based company, but he cut ties to Haggerty on Wednesday after news reports about Trudgeon’s lawsuit.

Doyle has been consulting with the firm for a few months, mostly working outside its office, Gollomp said. He said he was unaware of any criminal history Doyle might have.

“Our dealings have been always good,” Gollomp said. “If this is the Tom Doyle you’re referring to (as the art thief, it’s), not the person that I know.”

Meanwhile, the Corot painting’s fate remains a mystery. Police said no complaint about its disappearance had been filed. Prosecutors declined to comment.

Corot, who lived from 1796 to 1875, was an influential member of the pre-Impressionist group known as the Barbizon School, which focused on scenes of rural French life.

The Hammer Museum returned Portrait of a Girl and dozens of other works to an affiliated foundation when the two organizations parted ways in 2007. The agreement let the foundation sell the Corot and a few others, museum spokeswoman Sarah Stifler said.

Messages left Tuesday and Wednesday at a telephone number listed on the foundation’s tax returns were not immediately returned. A possible Culver City, Calif., number for it rang unanswered Wednesday.