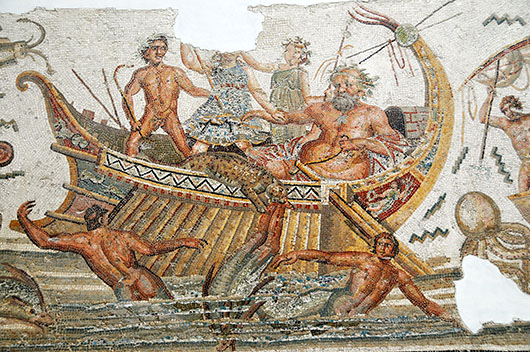 Polish, Italian, German and Spanish tourists were among the dead, Prime Minister Habib Essid said, adding that two gunmen had been killed.

A Tunisian national and a policeman were also reported dead.

Essid said the gunmen, dressed in military uniforms, opened fire on the tourists as they were disembarking from a bus and chased them inside the museum.

Health Minister Said Aidi told reporters that 38 others had been wounded in the attack, including citizens of France, South Africa, Poland, Italy and Japan.

The attack appeared to be the worst on foreigners in Tunisia since an Al-Qaeda suicide bombing on a synagogue killed 14 Germans, two French and five Tunisians on the island of Djerba in 2002.

Some officials, including French Prime Minister Manuel Valls, had said hostages were taken at the museum but this was not confirmed by Tunisian authorities.

There was no immediate claim of responsibility for the attack but Tunisia – the birthplace of the Arab Spring revolutionary movement – has struggled to tackle a rise in attacks from Islamist extremists.

Aroui said about 100 tourists had been inside the museum at the time of the attack. He said “anti-terrorist units” had entered the museum but refused to confirm reports of a hostage taking.

In Brussels, Valls said he condemned “this terrorist attack in the strongest terms,” adding that there had been a “hostage taking.”

The Bardo National Museum, a famed repository of ancient artIfacts, is next door to Tunisia’s parliament, where work was suspended during the attack.

An Islamist lawmaker, Monia Brahim, told AFP that gunfire from the initial assault prompted parliamentary committees to suspend their meetings as lawmakers were ordered to assemble in the main chamber.

“There was enormous panic,” another lawmaker, Sayida Ounissi, wrote on Twitter, saying the attack took place during hearings on Tunisia’s anti-terrorism law.

Tunisia has seen an upsurge in Islamist extremism since the 2011 revolution that ousted longtime strongman Zine El Abidine Ben Ali.

Dozens of police and military personnel have been killed or wounded in attacks blamed on Islamist militants.

An army offensive against the jihadists, who are linked to Al-Qaeda in the Islamic Maghreb, has been underway since 2012 but the ground and air campaign has failed to eliminate them.

The country is also fighting against the radicalization of Muslim youth, with authorities saying as many as 3,000 Tunisians have gone to Iraq, Syria and neighboring Libya to fight in jihadist ranks, including with the Islamic State group.

Some 500 are now believed to have returned to Tunisia.

Tunisia kicked off the Arab Spring with its overthrow of Ben Ali and, despite the continued unrest, has taken pride in forming a stable and democratic government.

The country is hoping to rebuild its once-burgeoning tourism industry, which is struggling to recover from the effects of the 2011 revolution.

The Bardo museum, renowned for its exceptional collection of ancient mosaics, is a significant draw and opened a new wing in 2012 following a major facelift.

It boasts objects from prehistory, the Phoenician period and Punic and Numidian times, as well as Roman, Christian and Islamic artifacts.

Its curator, who described it as “the flagship” of Tunisia’s heritage, said the museum will reopen next week.

Housed in a former palace dating from the 19th century, the museum greeted hundreds of thousands of visitors every year before the revolution. In 2011 the number dropped to about 100,000 but attendance had been recovering.