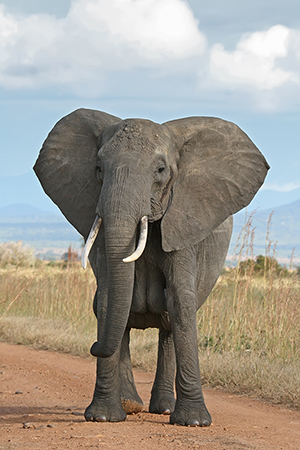 WASHINGTON – Contrary to popular belief, it is the United States, not Asia, where the majority of ivory and other byproducts of endangered wildlife are bought and sold in the retail marketplace. In a sweeping reform aimed at saving the 500,000 or fewer remaining elephants, whose ranks are dwindling by the day, the Obama administration has effected a National Strategy for Combating Wildlife Trafficking.

Commercial importation or exportation of elephant ivory is now illegal in the United States, except for bona fide antiques and a few other exceptions permitted under the Endangered Species Act. Sellers of ivory or objects made of ivory must be prepared to prove beyond any doubt that such articles are more than 100 years old. Furthermore, the new law bans sales of ivory across state lines or within a state unless it can be proved that the item both qualifies as an antique and was lawfully imported prior to 1990 (African elephants) or 1975 (Asian elephants), unless the seller has a specific exemption document.

“All antique dealers or other sellers of ivory, rhino horn and other materials obtained from endangered species must familiarize themselves with the federal government’s new directive,” said LiveAuctioneers CEO Julian R. Ellison. “If poachers can’t find a lucrative market for their ivory, there will be no incentive for them to slaughter the remaining herds of elephants. Last year 32,000 elephants were killed by poachers in Africa for export.”

“LiveAuctioneers takes a very firm stand about ivory and rhino horn,” Ellison continued. “If it is a true antique by the government’s definition, and the seller can absolutely warrant both its age and legality, an ivory object or rhino horn can be listed on LiveAuctioneers. If not, it must not be included in an online auction catalog on LiveAuctioneers.”

On Feb. 11, 2014, the White House issued a fact sheet that is helpful in clarifying the various points covered by the new law. Here is the document in its entirety:

Today the United States announced a National Strategy for Combating Wildlife Trafficking.  The Strategy will strengthen U.S. leadership on addressing the serious and urgent conservation and global security threat posed by illegal trade in wildlife.

In addition to the strategy, we are also announcing a ban on commercial trade of elephant ivory, which will enhance our efforts to protect iconic species like elephants and rhinos by prohibiting the import, export, or resale within the United States of elephant ivory except in a very limited number of circumstances.

Taken together, these actions will help ensure that the United States is not contributing to poaching of elephants and illegal trade in elephant ivory.

Today we are also announcing a ban on the commercial trade of elephant ivory, which will enhance our ability to protect elephants by prohibiting commercial imports, exports and domestic sale of ivory, with a very limited number of exceptions.  This ban is the best way to help ensure that U.S. markets do not contribute to the further decline of African elephants in the wild.

To begin implementing these new controls, federal Departments and Agencies will immediately undertake administrative actions to:

The United States will continue to lead global efforts to protect the world’s iconic animals and preserve our planet’s natural beauty for future generations.  Combating wildlife trafficking will require the shared understanding, commitment, and efforts of the world’s governments, intergovernmental organizations, NGOs, corporations, civil society, and individuals.   At this week’s London Conference on the Illegal Wildlife Trade, we hope other countries will join us in taking ambitious action to combat wildlife trafficking.  In the coming months, we will take further steps to implement the National Strategy, and will work with the Congress to strengthen existing laws and adopt new ones to enhance our ability to address this global challenge. 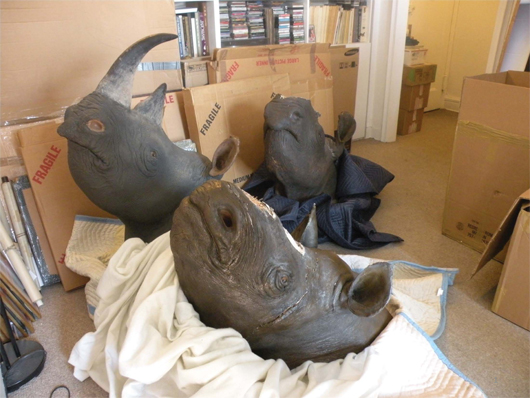 As part of Operation Crash in 2013, federal agents raided a New York apartment and seized four black rhinoceros mounts, three of which did not have horns and one that had fake horns attached. Photo courtesy of United States Attorney’s Office, Southern District of New York. 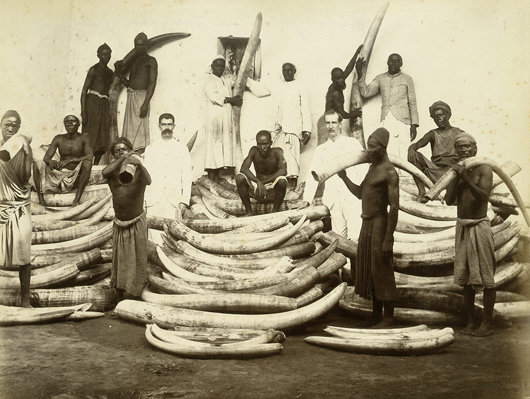 The wanton killing of elephants for their ivory tusks began in Africa in the 1880s. Western traders purchased the ivory from East African natives, as seen in this vintage photograph. The white-suited men depicted center left and right may have been the Zangaki brothers, who based their business in Egypt and Palestine during the last two decades of the 20th century. Public domain image in the United States.