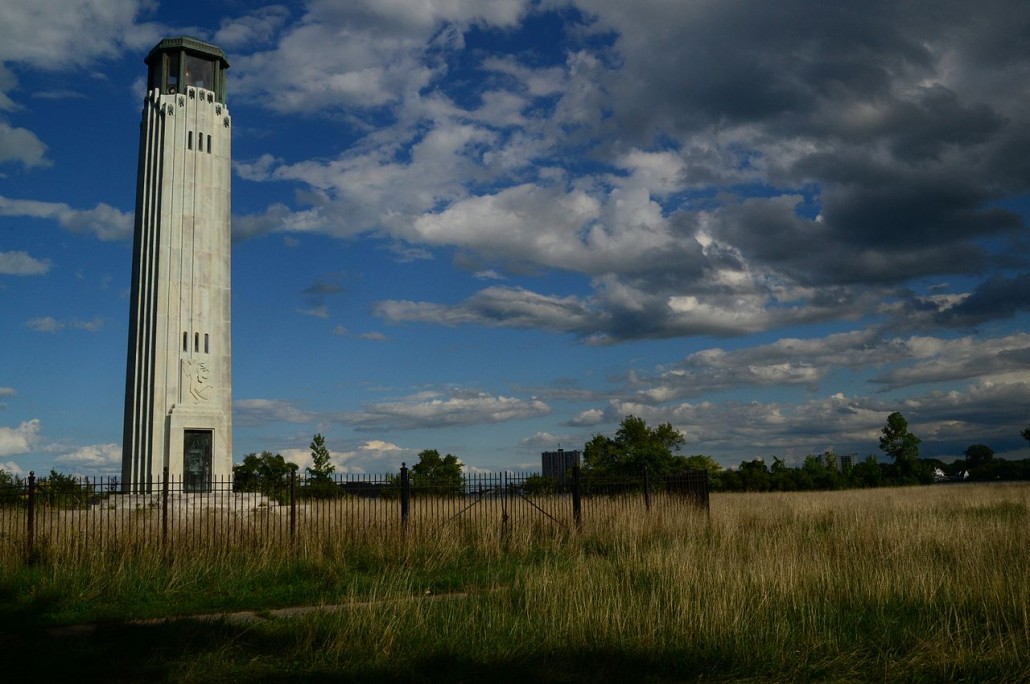 Vandals broke into William Livingstone Memorial Lighthouse on Belle Isle in July 1980 and stole two of its four lenses from the lantern room. Image by Gth874m. This file is licensed under the Creative Commons Attribution-Share Alike 3.0 Unported license.

DETROIT (AP) — The U.S. Justice Department has sued a hunter of maritime antiques in hopes of recovering a pair of 2-foot-tall glass lenses worth an estimated $600,000 that disappeared decades ago from lighthouses in Michigan and Maine.

The legal battle between the U.S. Coast Guard and Steven Gronow seeks to restore a valuable piece of Detroit history to the Belle Isle lighthouse, The Detroit News reported.

“I’m not saying I have them anymore,” said Gronow, 59, of Genoa Township, Michigan, about 50 miles northwest of Detroit. “It probably would be smart for me not to say anything. They could be gone.”

Members of the lighthouse community say the Justice Department is bullying a preservationist who has saved rare treasures that the government once treated like junk after it switched from manually operated lighthouses to automated beacons.

The U.S. government bought the lens for a lighthouse planned on the southeast part of Belle Isle in 1881. The lens, which resembles a beehive and was developed by French physicist and engineer Augustin-Jean Fresnel, was installed in the Belle Isle Lighthouse’s a square, red-brick tower.

It’s unclear what happened to the Belle Isle lens after it was moved to the newly built Livingstone lighthouse around 1935, according to the Coast Guard. Its whereabouts since haven’t been tracked.

Joel Stone, the Dossin Great Lakes Museum’s senior curator, said he had heard it had been destroyed. But it’s also possible that it was stolen, as thieves took two lenses after breaking into the Livingstone lighthouse in 1980.

A Fresnel lens also disappeared from the Spring Point Ledge Lighthouse in Portland, Maine, sometime after 1960.

“Lenses just weren’t valued back then like they are today,” Danielson said. “They are pieces of art.”

Information from: The Detroit News, http://detnews.com/