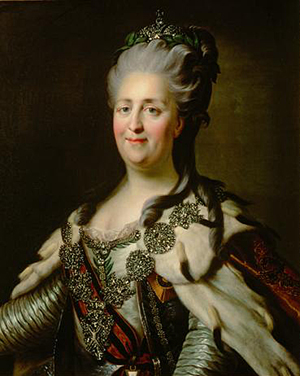 One of the documents returned to Russia was an 18th-century decree by Empress Catherine the Great. Image courtesy of Wikimedia Commons.

MOSCOW (AP) – A trove of historic archive documents dating back to Catherine the Great that were stolen after the Soviet breakup were returned to Russia by the United States on Friday.

The 21 documents include decrees issued by historical figures such as Czar Nicholas II and Soviet Marshal Georgy Zhukov. Among them are a top secret paper on the reconstruction of Russian military airfields in the 1930s; and Catherine the Great’s decree to divide command of forces in Poland during the 18th-century partitions of the country.

U.S. Ambassador John Beyrle said the return of the documents is “just one part of our efforts to broaden and deepen the relationship between our two countries overall.”

Russian officials alerted Washington about the documents when they appeared on websites of U.S. auction houses. U.S. officials seized them between April and November, but no one had been charged in connection to the theft, U.S. Immigration and Customs Enforcement official James Wolynetz said.

Russian authorities at the ceremony declined to name the potential value of the retrieved documents, calling them “priceless,” but Viktor Petrakov, the head of Russia’s cultural heritage protection agency, said some of the documents could fetch tens of thousands of dollars.

More than 2,500 pages of documents from archives in Moscow and St. Petersburg have been stolen since the early 1990s and only 500 have been retrieved, Petrakov said.

Some of the documents returned to Russia on Friday were stolen from archives in St. Petersburg in the early 1990s. Russian authorities accuse a Russian antiques dealer in Israel, Vladimir Feinberg, of stealing the documents and have been unsuccessful in obtaining his extradition. 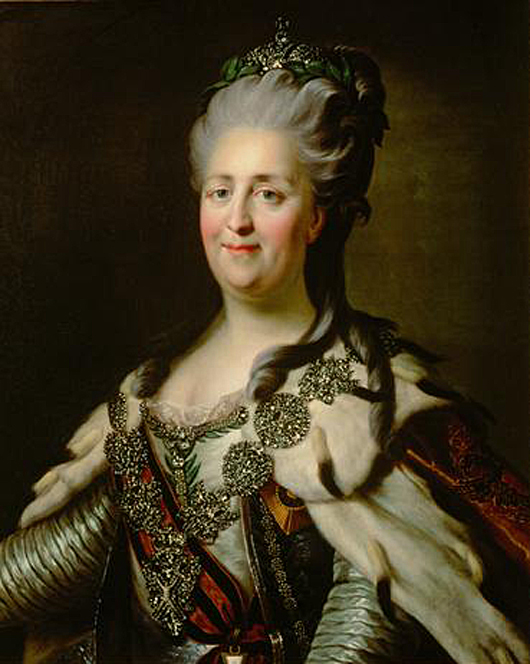 One of the documents returned to Russia was an 18th-century decree by Empress Catherine the Great. Image courtesy of Wikimedia Commons.