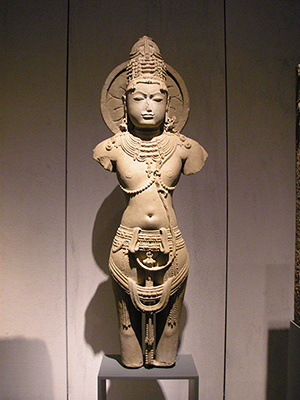 This 11th century yellow sandstone statue of the deity Rajasthan is in the collection of the Museum fur Indische Kunst, Berlin-Dahlem. May 2006 photo by Gryffindor.

NEW YORK (AFP) – The United States returned to India Tuesday three ancient sculptures that had fallen into the hands of traffickers, following a month of tense ties triggered by the arrest of an Indian diplomat in New York.

Relations between India and the United States were strained last month after authorities arrested Devyani Khobragade, a New York consular official, over treatment of her domestic servant.

In a deal between the two countries, Khobragade was allowed to return to India last week just as a grand jury indicted her on two counts.

India’s consul general in New York, Dnyaneshwar Mulay, refused to acknowledge any link between the issues.

But he expressed deep gratitude to U.S. authorities for the return of the sculptures and hailed what he called strong bilateral ties.

“The excellent international cooperation between the United States and India led to the recovery and return of these priceless antiquities,” Dinkins said.

“The pilfering of a nation’s cultural patrimony cannot and will not be tolerated.”

The sandstone sculptures, dating from the 11th or 12th century, are worth an estimated $1.5 million, had been offered for sale in the United States, officials said. 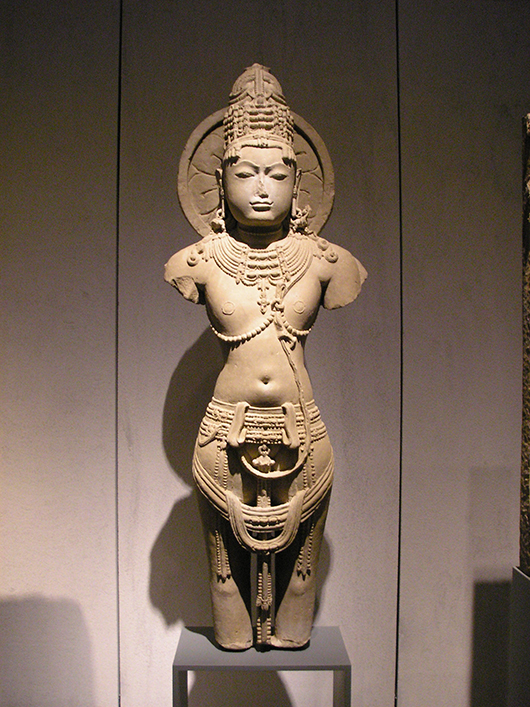 This 11th century yellow sandstone statue of the deity Rajasthan is in the collection of the Museum fur Indische Kunst, Berlin-Dahlem. May 2006 photo by Gryffindor.

US museum: Sculpture may be idol stolen in India