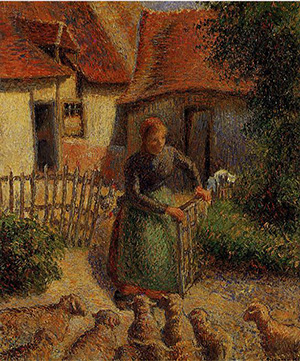 OKLAHOMA CITY (AP) – The University of Oklahoma for more than a decade has exhibited a piece of Nazi-looted artwork bequeathed to it by the wife of an oil tycoon. But renewed claims by a family that owned the oil painting before World War II has drawn the U.S. school into a fight it thought was settled in Switzerland more than 60 years ago.

Camille Pissarro’s Shepherdess Bringing in Sheep, an 1886 painting that once belonged to a French Jew, fell into Nazi hands as Germany overran Europe. The school maintains it is the painting’s rightful owner, citing a Swiss court decision from 1953.

Leone Meyer, a Holocaust survivor, has sued university President David Boren and the university in federal court, seeking the painting’s return. Swiss records show Meyer’s father was a former owner of the painting, but a judge denied a previous claim to the work because her family couldn’t prove postwar owners obtained it in bad faith.

“I find all of this very difficult,” Meyer wrote in an open letter, translated from French to English. “But I simply cannot surrender and say: ‘oh well … ’ That is out of the question.”

Raoul Meyer fled to the United States after Paris fell, but returned to Europe in 1945 and found the painting missing. He discovered it in Geneva six years later – a year after the statute of limitations ran out – but claimed subsequent owners made a weak attempt to prove the Pissarro wasn’t on a list of known Nazi-looted works.

The Swiss court found that postwar owners had done due diligence and rejected Raoul Meyer’s claim. Aaron Weitzenhoffer, an oil tycoon, and his wife, Clara, purchased the painting from a New York gallery in 1956. When she died in 2000, she donated more than 30 works worth a total of $50 million to the University of Oklahoma.

The Meyer family turned down an offer to buy back the painting in 1953.

University regent Max Weitzenhoffer, the son of Aaron and Clara Weitzenhoffer, said his parents had no idea the work was tied to Nazis. He also questioned why Leone Meyer is seeking the painting decades later.

Cases of artwork tied to Nazis have been popping up for years. But the artwork isn’t always restored to its original owners. In 2007, the U.S. Supreme Court ruled that actress Elizabeth Taylor could keep a Vincent van Gogh worth millions after rejecting claims by descendants of a Jewish woman who fled Germany for South Africa.

Ori Soltes, a co-founder of the Holocaust Art Restitution Project, said it’s not unusual for people to be reluctant to hand over artwork that others claim was stolen by Nazis.

The difference in the Oklahoma case, Soltes said, is that the evidence is straightforward and the record shows the museum did little research into the collections that came into their possession. 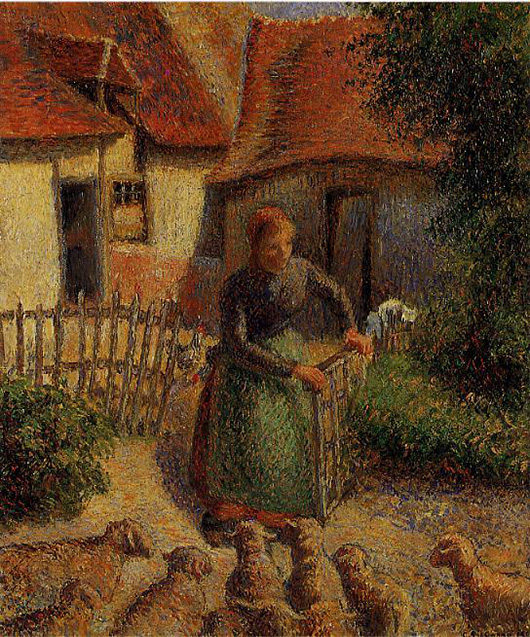 Pissarro painting stolen by Nazis to rotate between Paris and US

Art stolen from Cuban museum, turns up in Miami
Scroll to top