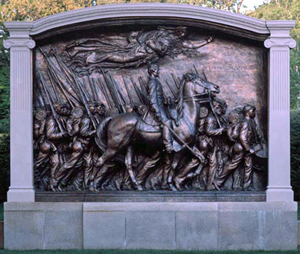 BOSTON (AP) – A woman accused of throwing yellow paint on a memorial depicting the famed 54th Massachusetts Civil War regiment, saying it was an “improper depiction of history,” has been sent for a mental health evaluation.

Rosemine Occean, of Quincy, was charged Wednesday with vandalizing a historic marker and malicious destruction of property. She pleaded not guilty in Boston Municipal Court.

Prosecutors recommended Occean be held on $5,000 bail. Judge Mark Hart Summerville ordered her to undergo a 20-day evaluation with bail of $3,000 when she returns to court on Aug. 21.

The monument, located across from the Massachusetts Statehouse, depicts the free black men who formed the regiment, which was led by Robert Gould Shaw, the son of a white abolitionist family.

Police said they responded to a report Tuesday afternoon of a person who had thrown paint on the memorial and spoke with park rangers who witnessed the incident.

Police said the rangers directed them to Occean, who was sitting nearby with yellow paint on her face, clothing and hands that matched the fresh paint stains on the lower surface of the memorial.

Police said Occean, 38, said the sculpture was an “improper depiction of history.” Several tourists also were sprayed with paint.

The 54th Massachusetts was made famous by its 1863 attack on Fort Wagner in South Carolina. The regiment was also featured in the 1989 movie “Glory.”

Created by famed sculptor Augustus Saint-Gaudens, the monument is on Boston’s Freedom Trail and is one of the most visited in the city. 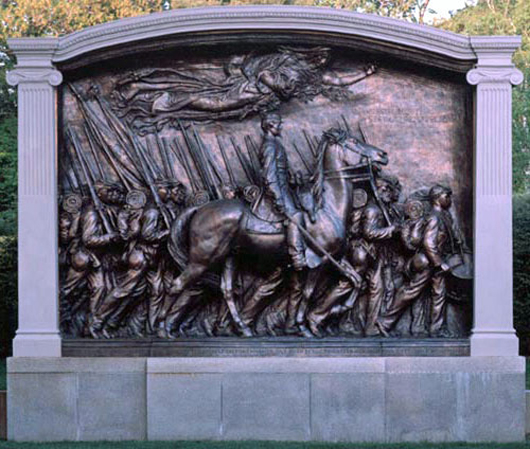 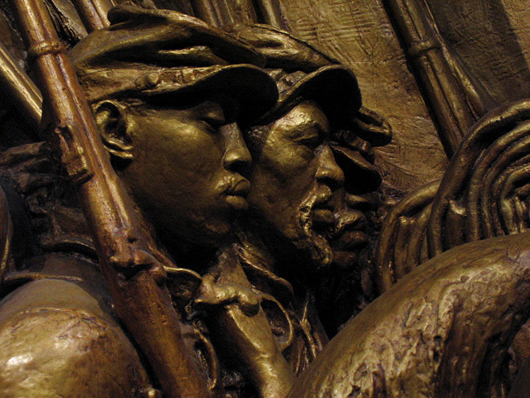