LONDON – Christie’s announces that Jan Davidsz. de Heem’s (Utrecht 1606-1684 Antwerp) A Banquet still life, and A Merry Company in a palatial interior by Dirck Hals (Haarlem 1591–1656) and Dirck van Delen (Heusden 1604/5-1671 Arnemuiden) will be two leading highlights in the forthcoming Old Masters Evening Sale taking place July 8 at Christie’s King Street. The de Heem is estimated at £3 million-£5 million, and the work by Hals and van Delen carries an estimate of £700,000-£1 million. The Old Masters Evening Sale is part of the marquee series of auctions comprising this season’s Classic Week calendar.

De Heem’s lavish Banquet still life is widely regarded as one of his finest and most important works. Preserved in a remarkable state, it offers a dazzling display of the artist’s technical virtuosity on a grand scale. On long term loan at the Centraal Museum in Utrecht since 1948, the picture has subsequently appeared in no fewer than twelve international exhibitions, making it one of the most widely admired and extensively published Dutch still lifes in the modern era. 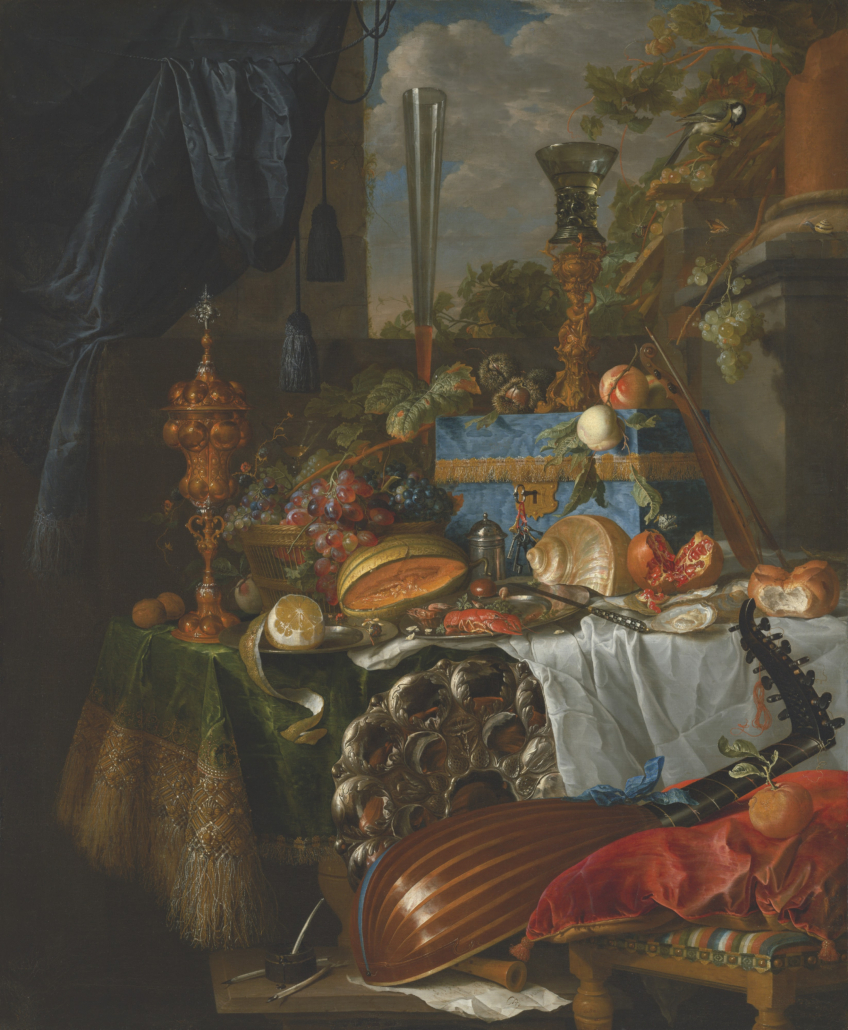 The monumental A Merry Company … by Dirck Hals and Dirck van Delen constitutes one of their most ambitiously conceived and successful artistic collaborations. Combining the innovative wit of Hals’ crowded figure groups with van Delen’s splendid imaginary interiors, it embodies the most highly regarded traits of the genre that emerged in the Dutch Republic in the second decade of the seventeenth century. 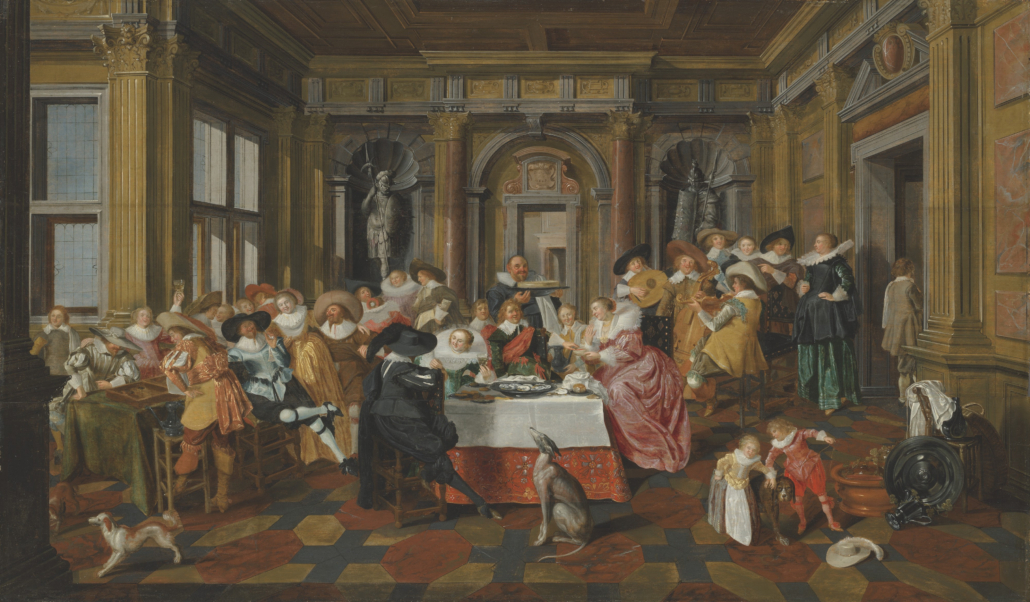 Both works are brought to the market from the heirs of Jacob Lierens (February 5, 1877-May 30, 1949), who was a Jewish businessman and art collector in prewar Amsterdam. A partner in the company L. Lierens & Co at Raamgracht 24, and later at Prinsengracht 353-355, a scrap metal and textiles concern passed down from his father Hartog, Jacob married Henriette Johanna Benavente in 1895. The couple lived in the Villa Johanna at 196 Amsteldijk and went on to have four daughters: Elisabeth, Rebecca Bosboom, Branca Roselaar, and Esther Cardozo. The two paintings were included in the forced sale of the Lierens’ collection, which took place at Frederick Muller & Cie. in Amsterdam on October 14, 1941. There, these paintings were purchased by Hans Posse, the head of the Linz Special Commission that acquired art for the “Fuhrermuseum” planned to be built in Linz, Austria.

Recovered at the end of the war by the Allies’ Monuments, Fine Arts and Archives Section, also known as the “Monuments Men,” both paintings were returned to the Netherlands, where they were transferred to the Dutch postwar organizations that handled receipt and restitution of such works. The paintings became long-term loans from the Dutch government collection: The Hals to the Museum in Haarlem, and the De Heem to the Centraal Museum in Utrecht, respectively.

After the war, Lierens and his family pursued various restitution claims, including compensation for the loss of household items and jewelry. In 2018, the present-day Restitution Committee in the Netherlands, set up with the re-emergence of interest in Holocaust-era assets following the Washington Conference of 1998, recommended the restitution of these two paintings to Jacob and Johanna’s heirs. The Committee concluded on its recommendation that “the sale of the paintings was connected to measures taken by the occupying forces against Jewish members of the population and took place in order to save the couple’s lives”.

Lierens’ granddaughter Elisabeth (b. 1934-) recalls living in hiding during the war and her son David Linder explains: “My mother never spoke about those years until about 50 years later… When I told her about the return of the two paintings, she was overwhelmed with joy. She never expected to live to see it. To her, those paintings symbolize life, because they allowed Jacob Lierens to pay for a hiding place and see to it that his family didn’t starve”*.

Following the Nazi occupation of the Netherlands in May 1940, L. Lierens & Co was ‘aryanized’ in 1941, and the family’s home and belongings were confiscated by March 31, 1942. In 1943, Lierens and his wife were imprisoned for a time in the Westerbork transit camp, a holding camp which usually led to deportation, and from which few returned. The Lierens’ fortunate release was secured for a cash payment in August of that year. From there, the couple and the family went into hiding, financed by the sale of some of their possessions.

Henry Pettifer, Head of Old Master Pictures comments, “It is an honor to be handling the sale of two such magnificent pictures from the Golden Age of Dutch painting. The extraordinarily detailed still life by Jan Davidsz. De Heem is one of his most celebrated works, while the interior by Dirck Hals and Dirck van Delen is one of the most grandiose genre scenes from the period. Having recently been restituted by the Dutch government to the heirs of Jacob Lierens, this will be first time that either picture has appeared on the market in 80 years, and I anticipate strong interest in both these works.”

* Quoted from an article in The Art Newspaper.