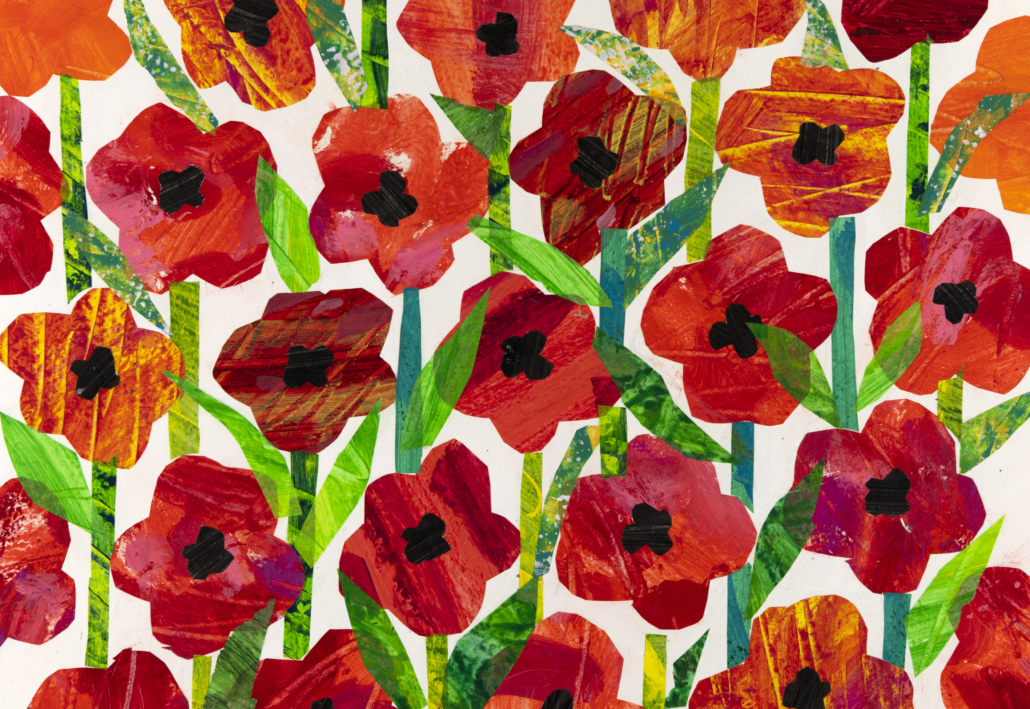 AMHERST, Mass. – The Eric Carle Museum of Picture Book Art celebrates its beloved late co-founder Eric Carle in the exhibition Color | Joy | Eric Carle, which is on now through March 6, 2022. The exhibition highlights Carle’s passion for nature and his love of color with original collage illustrations from his picture books as well as a selection of his abstract art. More than half of the 70 artworks on view have never been publicly displayed.

Eric Carle brought color and joy to the world, and his art and stories will continue to inspire young readers for generations to come. Color | Joy | Eric Carle honors Carle’s lifelong passion for creativity. “Since I was young,” he once recalled, “I have loved making pictures. The feeling of my pencil touching paper, a crayon making a star in my sketch book, or my brush dipping into bright and colorful paints—these things affect me as joyfully today as they did all those years ago.” 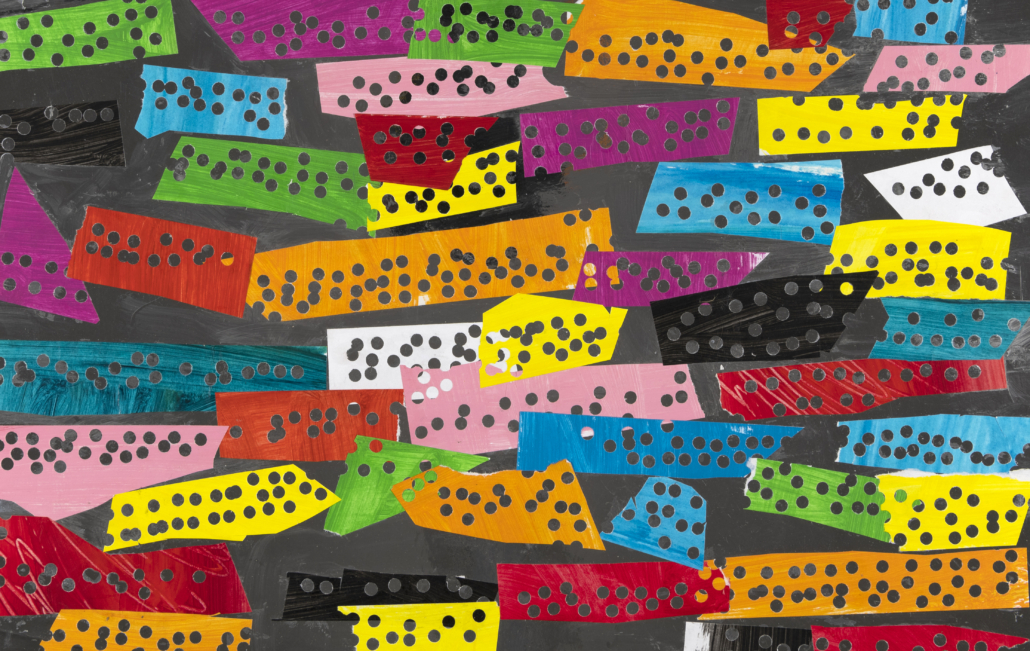 Carle, who died in May 2021 at the age of 91, was a visionary artist. While many of the Museum’s exhibitions are theme-based around his picture books, Color | Joy | Eric Carle shows a wider range of his artistic interests. 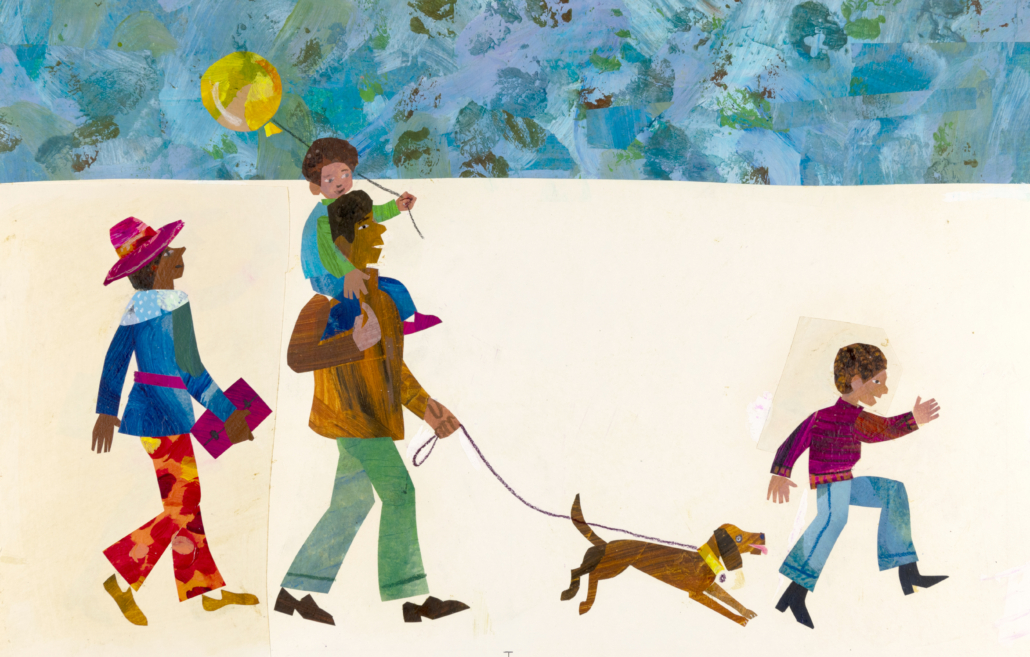 The picture-book illustrations feature scenes of family, nature and animals. These include quiet, tender moments and larger community celebrations — smiling suns, flowers and friendships abound. The exhibition also showcases Carle’s love of color through his vibrant endpapers, painted tissue papers, and abstract collages. Of special note are four banners from his stage design for The Magic Flute opera at Springfield Symphony Hall in 2001.

Most exhibitions take years to plan, but Ellen Keiter, chief curator, and her colleagues created this exhibition following Carle’s death to honor and celebrate his work. “It was bittersweet,” says Keiter, “to look at Eric’s art immediately after his passing. I primarily wanted work that hadn’t been shown before, or for a long time. I wasn’t concerned with narrative, but rather with the emotions that Eric’s art elicited in me. I purposely selected pieces that induce happiness.” 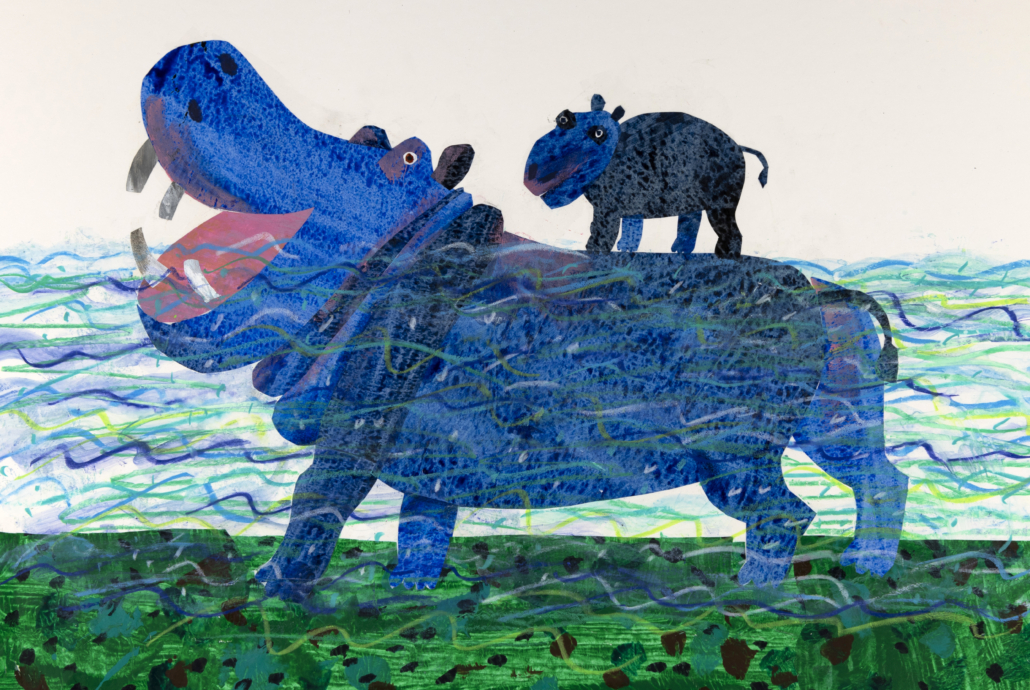 Eric Carle, Illustration for ‘Does a Kangaroo Have a Mother Too?’ Collection of Eric and Barbara Carle. © 2000 Penguin Random House LLC.

Color | Joy | Eric Carle showcases art from 27 picture books, dating from 1972 to 2015. They range from early, out-of-print titles such as Do Bears Have Mothers, Too? (1973) and Small Circus (1975) to such popular picture books as The Very Quiet Cricket (1990) and Mister Seahorse (2004). Keiter also focused on Carle’s vibrant endpapers — the pages glued inside the front and back covers of a book — that set the tone for each story. “Eric’s endpapers are works of art,” says Keiter. “Endpaper design was always an important part of his book-making process.” 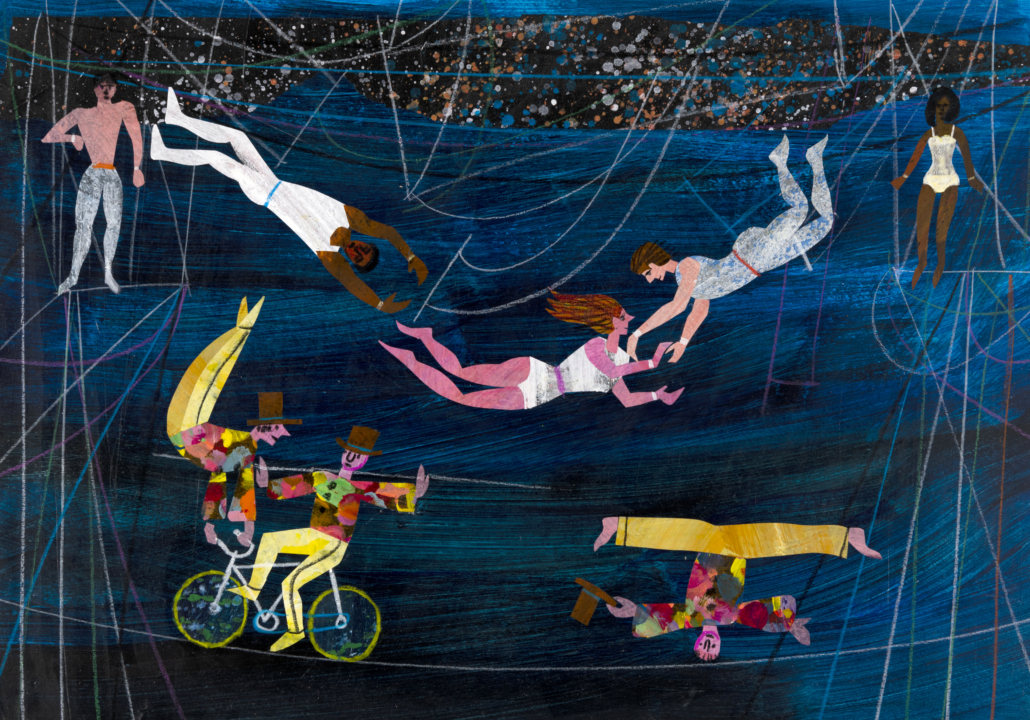 Several pieces of Carle’s independent art, which he referred to as his “Art-Art,” are also on view. These non-representational works include tissue paper collages but also some of Carle’s forays into three-dimensional assemblages with aluminum and cardboard. “This is the art Eric made privately,” says Keiter. “It gives guests a look into the full range of his imagination and talents.” Carle often gave his art to friends and colleagues, and a few pieces are dedicated to special individuals such as Ann Beneduce, Carle’s long-time editor. Beneduce also died this year, at age 100, and her daughter Cynthia generously donated work to the Museum. Also on view are a few commercial projects and Carle’s two charming cover illustrations for Cricket Magazine. 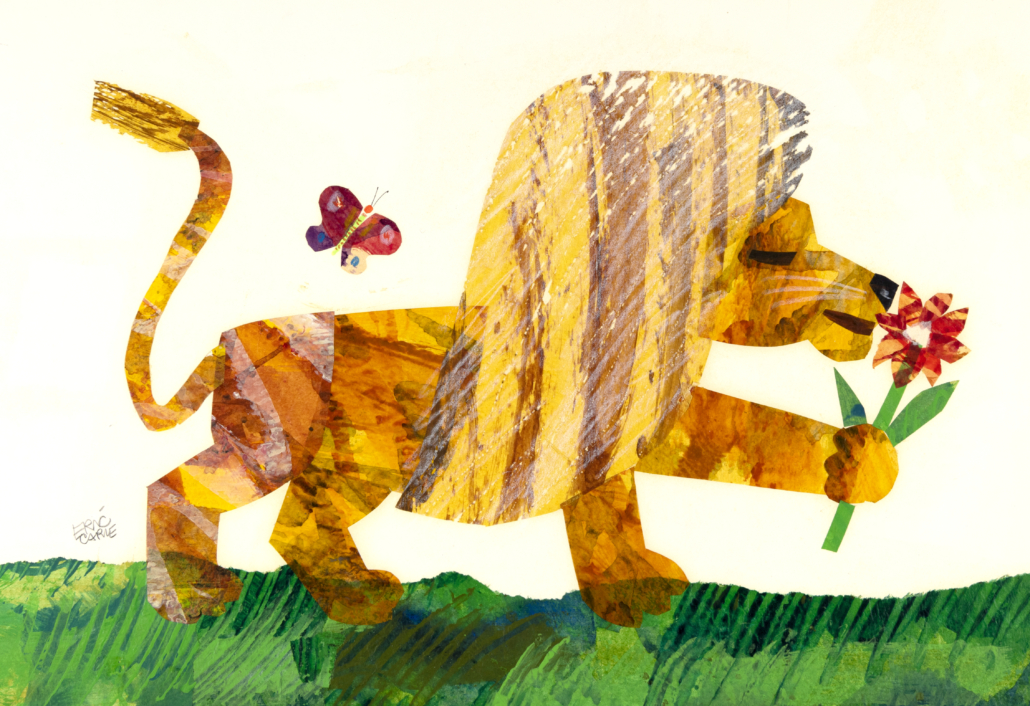 The gallery offers a comfortable reading area with two couches for guests to enjoy Carle’s picture books. Visitors are also invited to write about the people and things that provide joy in their lives. They may add their messages to a “gallery garden” of red poppies on the wall.

This exhibition is made possible through the generous support of the Hsin-Yi Foundation.

About The Museum
The mission of The Eric Carle Museum of Picture Book Art, a non-profit organization in Amherst, Massachusetts, is to inspire a love of art and reading through picture books. A leading advocate in its field, The Carle collects, preserves, presents and celebrates picture books and picture-book illustrations from around the world. In addition to underscoring the cultural, historical, and artistic significance of picture books and their art form, The Carle offers educational programs that provide a foundation for arts integration and literacy. 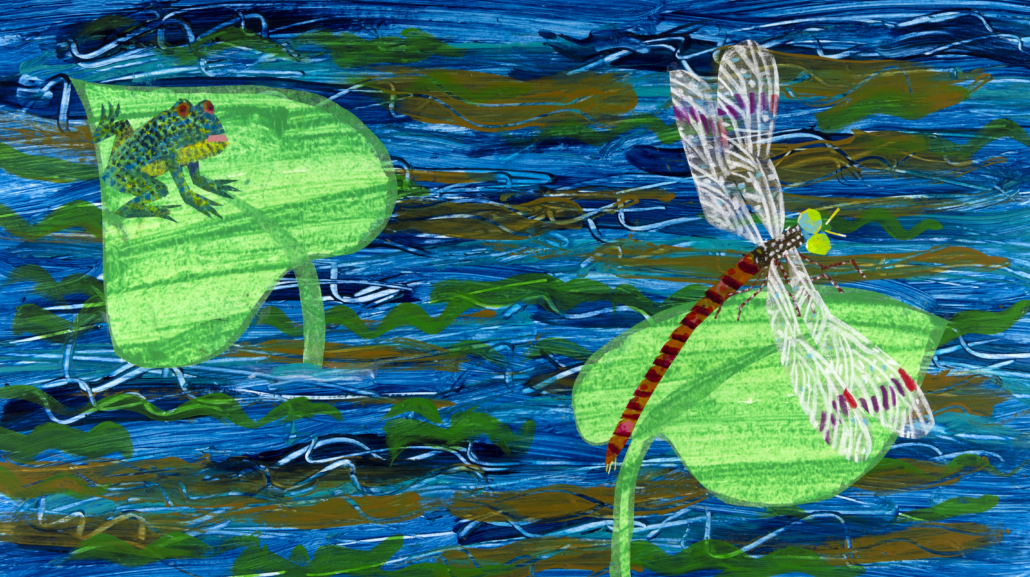 The late Eric and Barbara Carle co-founded the museum in November 2002. Carle was the renowned author and illustrator of more than 70 books, including the 1969 classic The Very Hungry Caterpillar. Since opening, the 43,000-square foot facility has served more than 750,000 visitors, including 50,000 schoolchildren. The Carle houses more than 11,000 objects, including 7,300 permanent collection illustrations. It also has three art galleries, an art studio, a theater, picture book and scholarly libraries as well as educational programs for families, scholars, educators and schoolchildren. Bobbie’s Meadow is an outdoor space that combines art and nature. Educational offerings include professional training for educators around the country and Master’s degree programs in children’s literature with Simmons University.

Visit the website of The Eric Carle Museum of Picture Book Art and see its dedicated page for Color | Joy | Eric Carle. 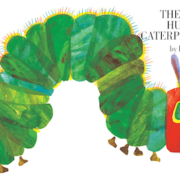