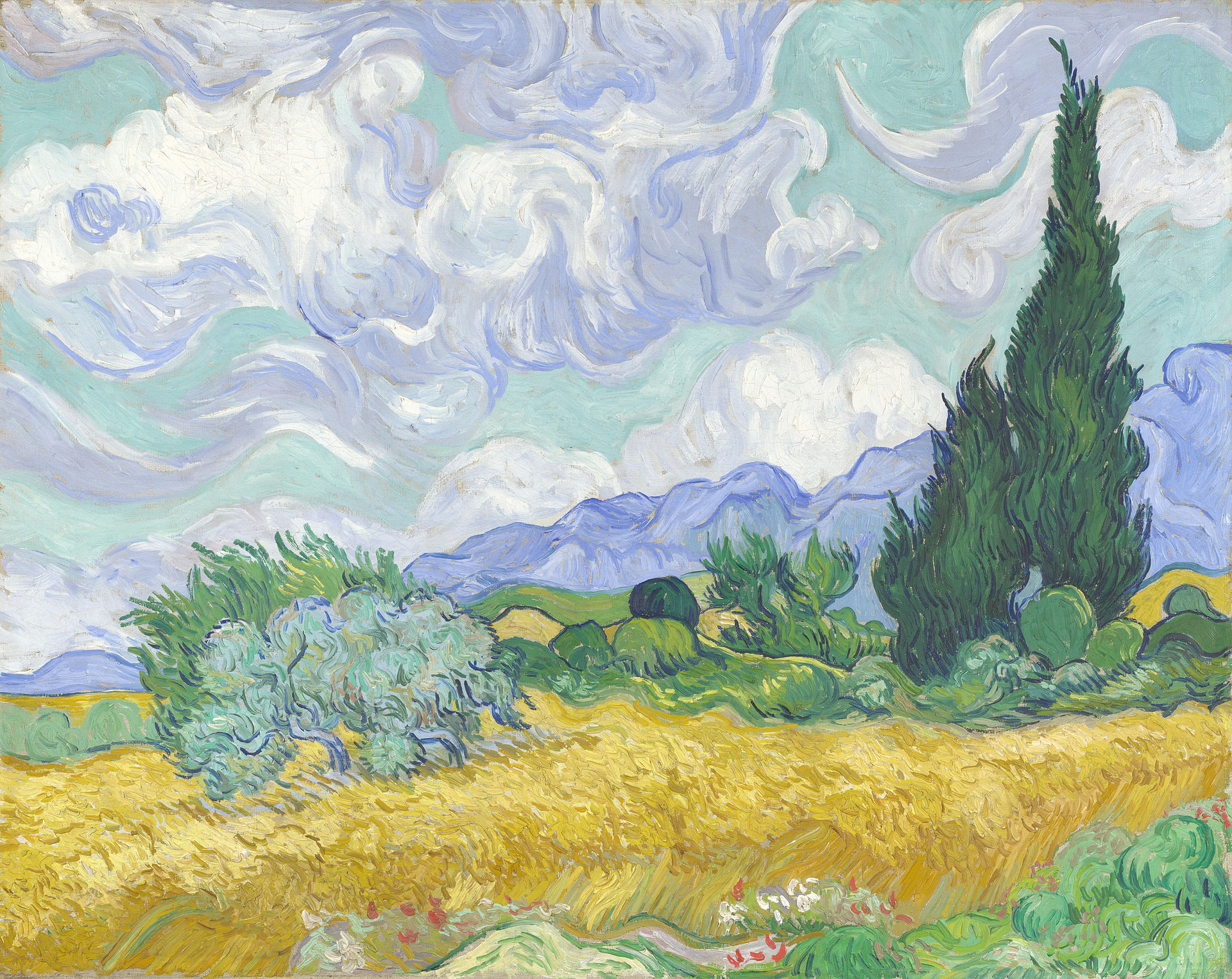 ‘A Wheat Field, With Cypresses’ (1889), by Vincent van Gogh, will be in ‘Van Gogh and Nature,’ at the Clark Art Institute in June. National Gallery, London, courtesy of Wikimedia Commons.

WILLIAMSTOWN, Mass. (AP) – Several years ago Richard Kendall, curator at large for the Clark Art Institute, was working his way through nearly 900 letters written by Vincent Van Gogh when he realized a recurrent theme resonating throughout the artist’s life: Van Gogh had a very tight connection to nature.

Even when living in the middle of Paris, Van Gogh would seek out islands of natural beauty and paint or sketch the image.

“He used the word ‘nature’ over and over again,” Kendall said. “In one letter he used it 21 times.”

Looking at the body of Van Gogh’s work in that light, Kendall realized that an exhibition focusing on that connection would bring new revelations to Van Gogh’s career and mission. And, surprisingly, it had never been done before.

“It made the sparks jump,” Kendall said. “It was an excellent way to shine a light on one aspect of Van Gogh’s life and work.”

That set Kendall’s own life on a new path: Over the course of the next few years, he was going to set up such an exhibition, and he was going to get the cooperation of nearly two dozen museums and collections from throughout Europe, Canada and the U.S.

“It was very reassuring that the Dutch agreed with my idea and agreed to support such an exhibition,” he said.

Now, the three-man team faced the challenge of listing all of the works they wanted to see in the exhibition out of 850 Van Gogh paintings and about 1,200 Van Gogh drawings known to exist, and then setting out to acquire them through loan exchanges or other negotiated means.

They had a list of about 80 pieces. They wound up with roughly 50.

Kendall told The Berkshire Eagle that it required multiple trips through Europe and North America.

It just so happened to work out that the exhibition came together less than a year after the expansion of the Clark campus was completed, resulting in a stunning natural landscape outside the museum while it celebrates nature in the works of Van Gogh.

The Clark’s exhibition includes a number of Van Gogh drawings, works by other artists known to have influenced Van Gogh’s approach, and some Japanese wood block prints depicting natural scenes that were known to be influential during Van Gogh’s time. Visitors will view the works chronologically, from his earliest to his latest, right up to the time he took his own life.

And there are some lesser-known works by Van Gogh, but there are also a number of acknowledged masterpieces.

“We have some world class masterpieces in this show, a dozen if not more, but it is not a show of masterpieces,” Kendall said. “As usual for the Clark, this is a thoughtful study of one aspect of Van Gogh’s work.”

In introducing the show to the press, Clark Director Michael Conforti recalled Kendall telling him about the idea.

“I told him we don’t do masterpiece shows at the Clark,” Conforti said, chuckling. “But he was right. Now it’s here and it is a revelation.”

by Scott Stafford, The Berkshire Eagle

Auction Talk Germany: Can there be a silver lining to war?
Scroll to top