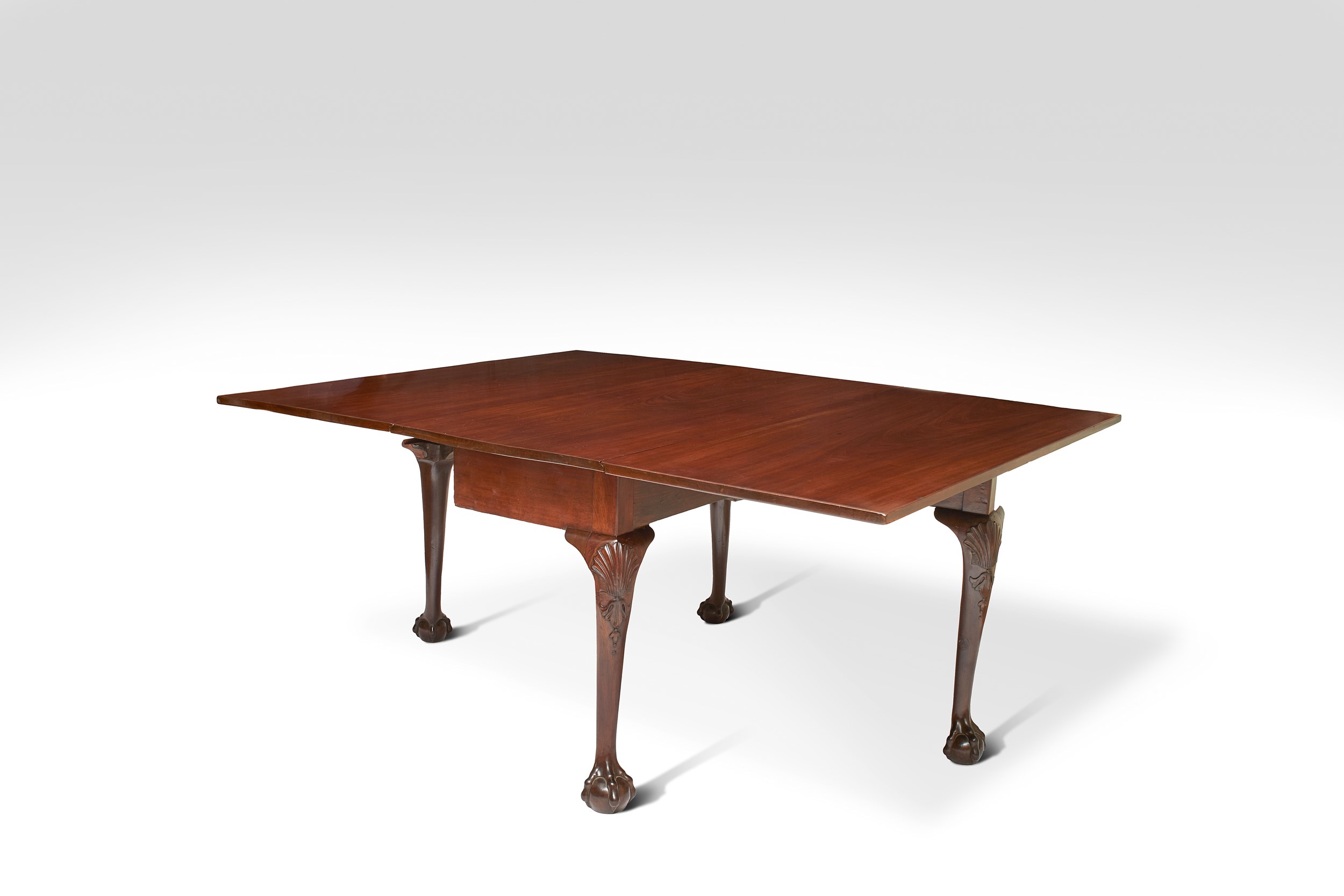 While Fraunces Tavern in New York City is one of the 18th-century’s best-known taverns and the site of General George Washington’s famous farewell to his officers at the end of the American Revolution, it is less known that in the late 1700s, the site at 54 Pearl Street in lower Manhattan was also home to the nation’s first executive governmental building, which housed three offices of the Confederation Congress. (Although Congress met in City Hall, the space was too small for the government’s departments and other office space had to be leased.) 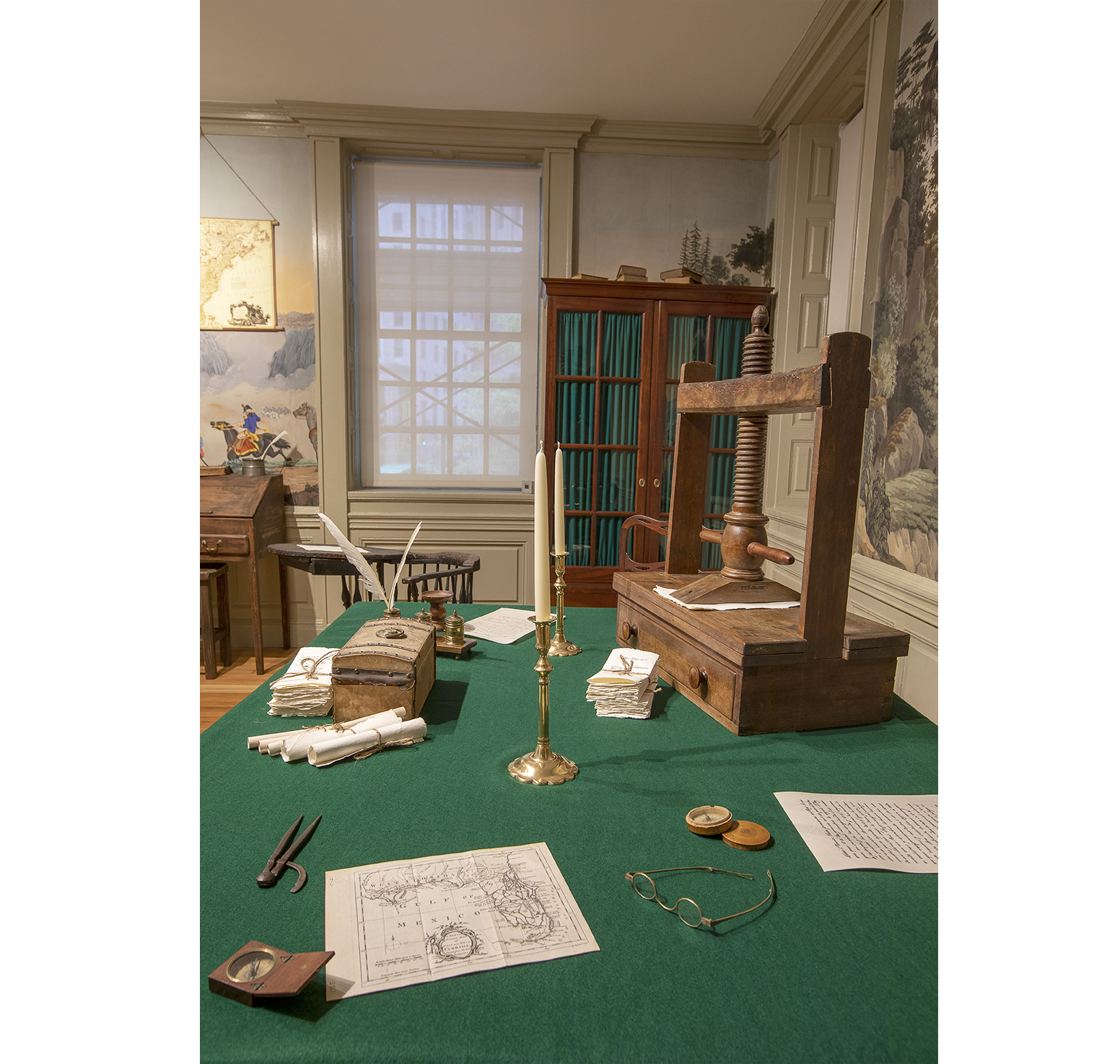 Featuring approximately 60 objects, most of which are authentic to the period and many of which have never before been on public display, including tables, chairs, desks, maps, newspapers and other items, visitors will have the opportunity to travel back to post-colonial New York City and enter the Department of Foreign Affairs office as it appeared during a fascinating period in the nation’s history when John Jay was the first Secretary of Foreign Affairs. Visitors will learn about the diplomatic, military and financial challenges that all three departments faced after the Revolutionary War and how those challenges affected the formation of the U.S. Constitution. 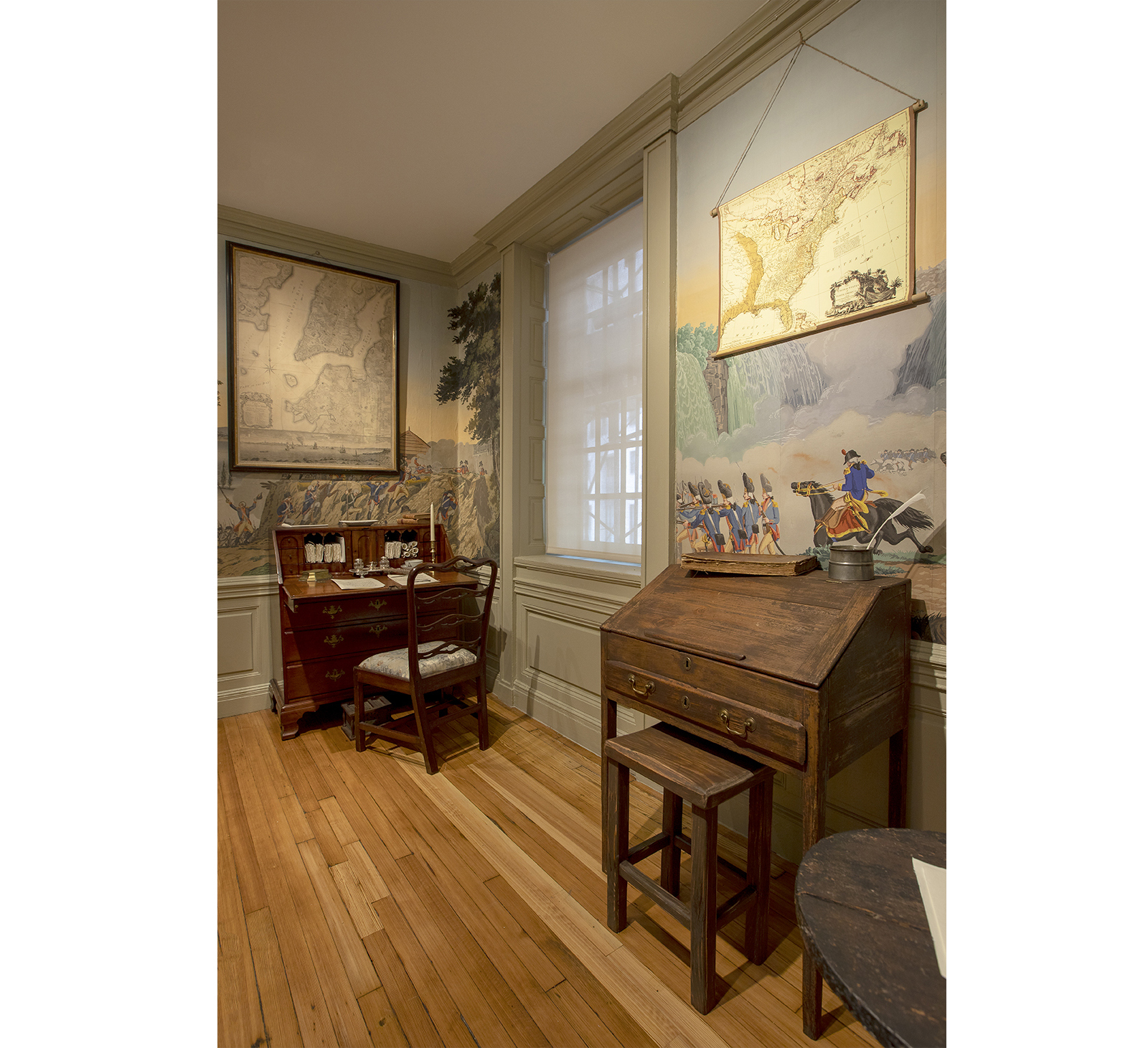 After an exhaustive search to locate objects that would have been found in the original office, visitors will not only see an extraordinary assemblage of fine American and British decorative arts, many pieces of which have been donated from private collections, but they will also gain insights into an often-overlooked period in American history. Additionally, the office’s furnishings will illuminate the socioeconomic stratification of the staff who worked in the room. From Henry Remsen, Jr., Jay’s undersecretary for foreign affairs, to the two clerks, a part-time French translator and a messenger, the hierarchy of those employed there will be clearly seen through the caliber of each staffer’s work space in his desk, chair and even desk set; the seniority of the employee’s position correlated to the finery of his work area and accoutrements. 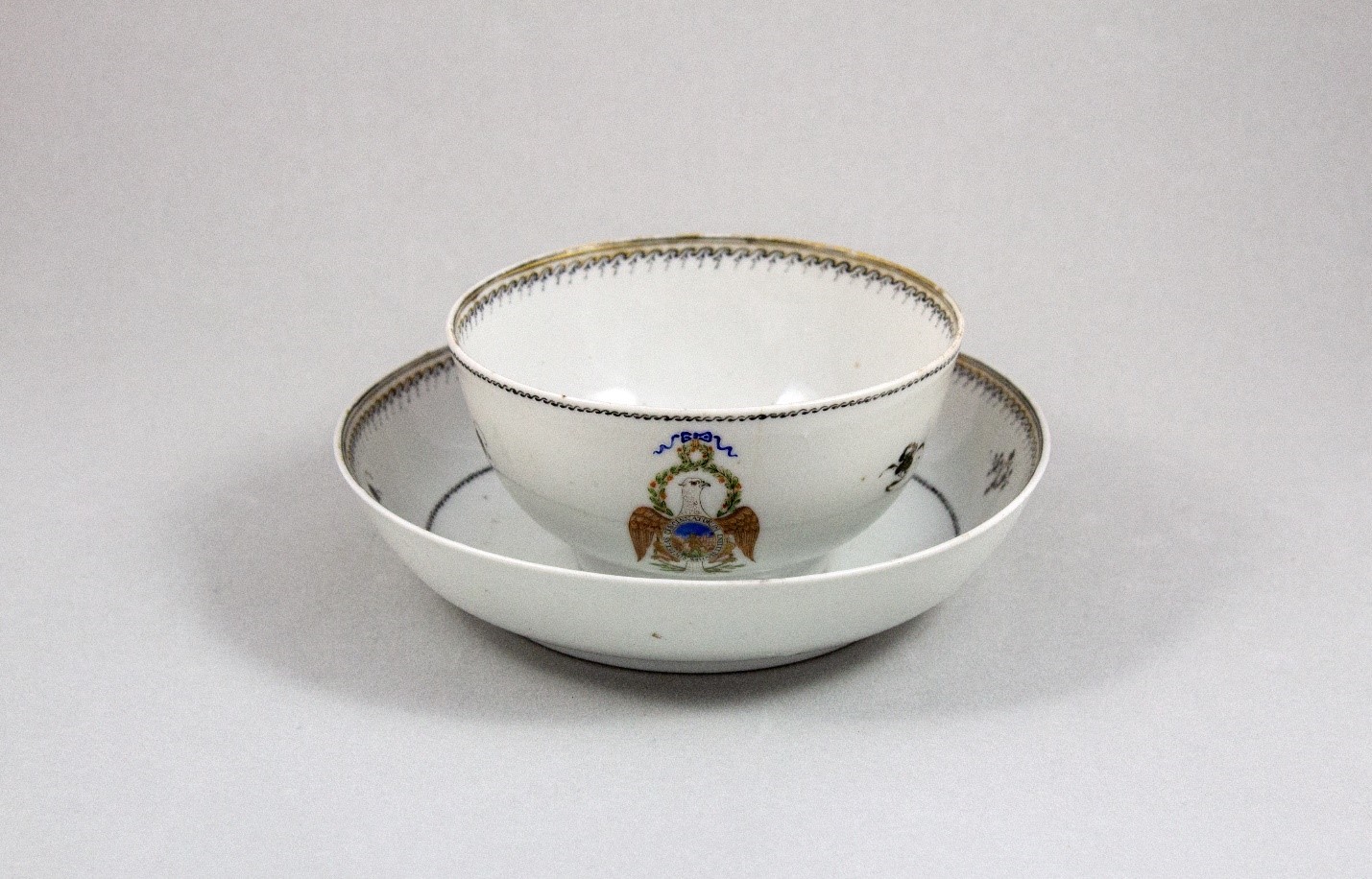 Featured objects in the exhibition include the negotiation table, made circa 1780 in New York of mahogany and pine in the Chippendale style. The table has carved knees and claw-and-ball legs and is composed of three heavy, solid boards. The strongly carved original legs have fully developed shells and robust feet. Placed centrally in the room, this is where much of the official business would have been conducted, maps examined and debate likely to have occurred. 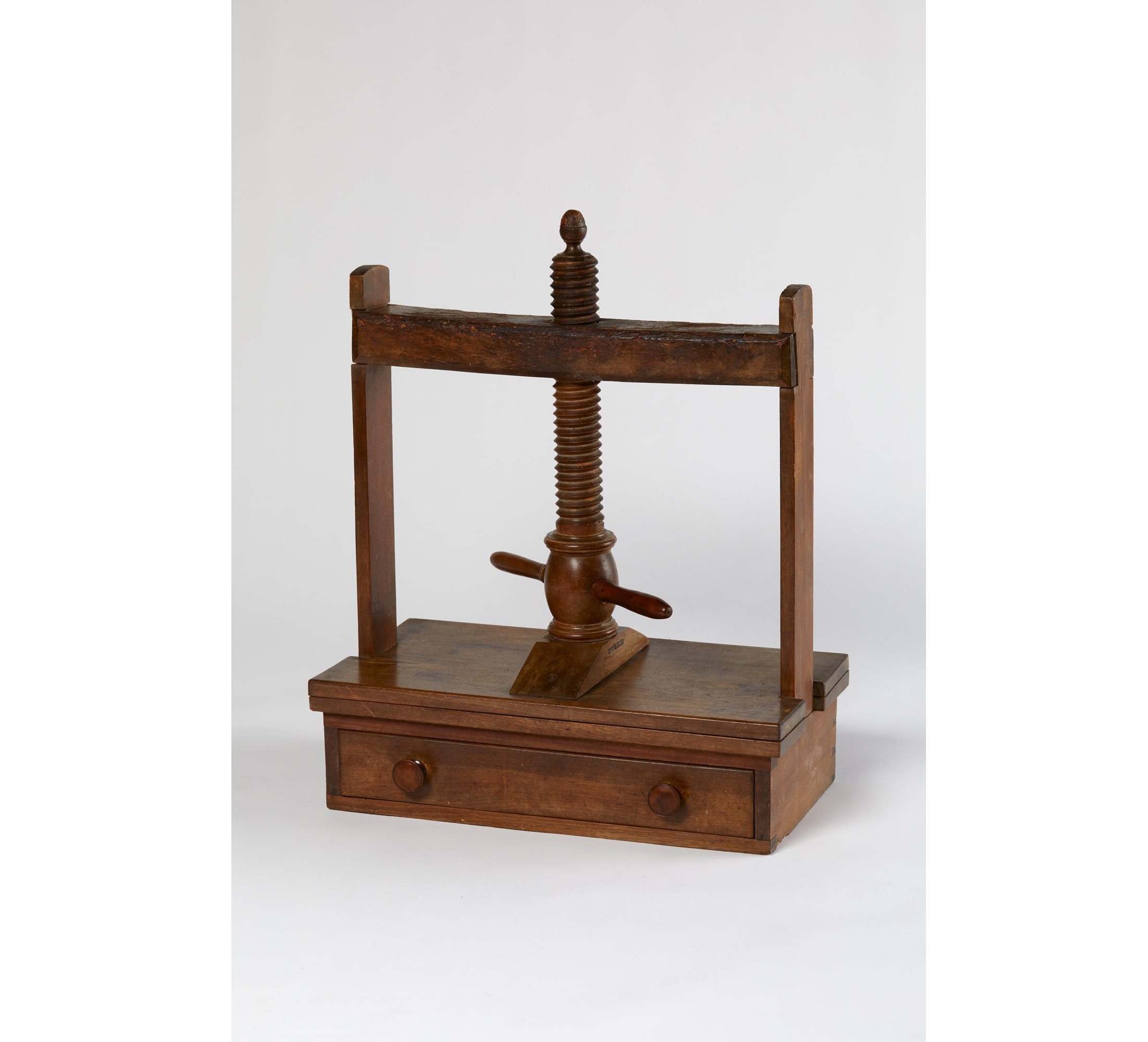 Also, an excellent example of a late-18th-century book press with the rare feature of a built-in drawer will also be seen in the office. Such pieces of equipment were used to copy the multitude of correspondence and documents generated by the office.

Fraunces Tavern Museum’s mission is to preserve and interpret the history of the American Revolutionary era through public education. This mission is fulfilled through the interpretation and preservation of the museum’s collections, landmarked buildings and varied public programs that serve the community. It includes the rooms where General George Washington said farewell to his officers and where John Jay negotiated treaties with foreign nations. Visitors can also explore six additional galleries focusing on America’s War for Independence and the preservation of early American history. Fraunces Tavern® Museum and FRAUNCES TAVERN® is a registered service mark of Sons of the Revolution in the State of New York, Inc., a Section 501(c)(3) not-for-profit corporation instituted in 1876 and incorporated in 1884. Copyright © 2022 SRNY, Inc. All rights reserved. To learn more, visit frauncestavernmuseum.org.

38.8% sells online on day 2 of Tavern on the Green auction