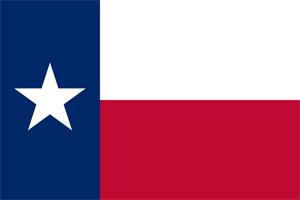 The Lone Star Flag of the State of Texas.

HEMPSTEAD, Texas (AP) – Archaeologists are combing through a site about 50 miles northwest of Houston that nearly two centuries ago became Texas’ largest plantation and then a staging area for Gen. Sam Houston’s troops before the decisive Battle of San Jacinto.

The project that started this summer seeks to detail and preserve remains of Bernardo, a plantation established along the Brazos River in 1822 by Jared Ellison Groce II, one of the “Old Three Hundred” settlers of Stephen F. Austin’s colony who received land grants from Spain.

“If you read any of the early documents about the fight for Texas independence, this plantation site figured prominently in that,” said Jim Bruseth, director of the Texas Historical Commission’s archaeology division. “Anybody of any importance came through here.”

Archaeologists from the commission last week brought in supersensitive ground radar and magnetic detection devices that resemble high-tech baby strollers to scan the property and make electronic underground pictures of what now is a pasture used primarily for grazing horses and cattle.

The buildings at Bernardo have long disappeared. An old cistern – out of which a tree has grown for years – is the only visible evidence of long-ago generations.

Preliminary findings from the electronic tests show signs of what’s believed to be building foundations.

The original structures included a 1 1/2-story log house known as the “Big House,” quarters for travelers, a detached kitchen and dairy, and a home for an on-site physician who may have been the first doctor in Texas. The Groce family also had a schoolhouse, stables and other structures. Slave quarters included multiple cabins, a kitchen and nursery, a cotton gin and blacksmith shop, and a home for their overseer.

Groce, a native Virginian, had moved to Georgia and then Alabama when Austin’s plans for a new colony in Texas – and maybe some angry creditors – persuaded him to relocate his family, livestock, 100 slaves and some 50 wagons to the east bank of the Brazos, just south of Hempstead in Waller County.

He arrived in January 1822 and selected a site that for centuries had been a river crossing, a kind of interstate roadway of the time. During low water periods, a sandstone ledge allowed people to walk across the river or cross easily on horseback.

Evidence of even prehistoric inhabitants dots the riverbank.

Greg Brown, who about nine years ago bought the 1,500-acre ranch that includes the plantation site, has a meatloaf-size tooth from a woolly mammoth – one of two he’s found along the river.

“I think the interest in Texas history is important for everybody, and if we find something here significant that contributes to that – and we know there are some historical things that happened here – I think it’s very important to citizens of Texas and historians of Texas,” said Brown, publisher of Cowboys & Indians, a magazine about the American West, and owner of a Houston television station.

“This is where plantation history began in Texas,” said Light Cummins, the state historian. “This is the first major plantation and, in number of slaves, remains the largest plantation in the Republic of Texas.”

It also became the last major cotton plantation established in the South and marked the old planting South’s farthest expansion to the West, he said.

“In terms of early history of Texas, this is where the South became the West,” Cummins said.

Bernardo is credited as the site of the first cotton production in Texas, and for historians is significant for its role in the battle that gave Texas independence from Mexico.

By April 1836, Groce had turned over day-to-day running of Bernardo to his son, Leonard, who allowed Houston to camp with his army in the days preceding the battle just outside the city that now bears his name.

Bernardo also was home to some refugees of what became known as the Runaway Scrape, colonists who fled after the Mexican army led by Gen. Antonio Lopez de Santa Anna prevailed in the siege at the Alamo in San Antonio and then marched east, setting up the pivotal San Jacinto battle.

According to the Texas State Historical Association’s Handbook of Texas, while Houston was at Bernardo, he took possession of the Twin Sisters, a pair of cannons – made in Cincinnati and paid for by Ohioans sympathetic to the Texans’ cause – used at San Jacinto. It was the only artillery in Houston’s army.

Bernardo was inhabited through the end of the Civil War. In 1866, the main building was dismantled and the timbers were used to build another home elsewhere.

“From an archaeological standpoint, that’s wonderful,” Bruseth said, explaining that abandonment of the site makes identifying artifacts easier. “What we have here is like a time capsule. Everything is going to be related to the Groce plantation Bernardo.”

Once the electronic scanning is completed, other researchers headed by the nonprofit Houston-based Community Archaeology Research Institute will begin painstaking digging based on the electronic maps. Depending on what’s found, Bruseth speculated the dig could go on for years.

Researchers also have maps drawn around 1930 by Sarah Ann Groce Berlet based on information she remembered from her father, who was Leonard Groce’s son. Her great-grandfather, plantation founder Jared Groce, died in late 1836. Originally buried on the property, his remains and those of other family members later were removed to a cemetery in nearby Hempstead when ownership of the place changed hands.

But the property still includes a cemetery with tombstones marking deaths in the 1840s, making them among the oldest identified gravesites in Texas.

“The artifacts of significance, I certainly don’t want to keep them in boxes,” said Brown, who legally would own whatever is found. “Anything they think is suitable for the public to see, we probably can make a deal with a museum. We certainly want people interested in this type of artifacts to view them somewhere where it’s appropriate.”