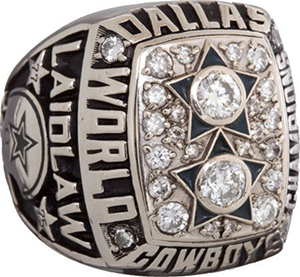 Although the Cowboys’ history is revered, many details are only now starting to come into focus with assistance from an East Texas native who arrived via the Philadelphia suburbs.

Joshua Thorn was hired over the summer as the Cowboys’ first team archivist, a position more commonly associated with museums and universities. The lifelong Cowboys fan and former archivist for Campbell’s Soup has the job of consolidating and organizing more than 54 years of local football history.

Thorn said that what he’s discovered since July is impressive. His rough estimates are that the Cowboys have about 20,000 videotapes of various formats, thousands of film reels, thousands of footballs, cleats, jerseys and other memorabilia, and tens of thousands of photos, slides and negatives.

“This isn’t unusual really, but more interesting than anything: pairs of practice shoes/cleats and game shoes/cleats from former players that still have the grass stuck all in the bottoms of them,” Thorn wrote in an email.

Important pieces of team history were saved, but finding any given item could be a difficult task for Cowboys staff. These pieces of the past were scattered around team headquarters at Valley Ranch and AT&T Stadium and warehoused at different storage facilities.

Thorn is still in the early stages of understanding what’s there and how it can help tell the story of the Cowboys.

After 41/2 months of work, materials are still being consolidated at a nearly 2,500 square-foot climate-controlled section of the Cowboys marketing warehouse near Dallas/Fort Worth International Airport.

At some point, parts of the collection will be on display at AT&T Stadium and The Star in Frisco, the team’s new headquarters and commercial development. The Cowboys have opted for this approach over a pure hall of fame museum.

Thorn found the original data reports from the early 1960s when Cowboys general manager and president Tex Schramm worked with IBM on computer programs to grade players available in the NFL draft. The documents include the methodology used to evaluate them.

“You can read about that in books and articles,” he said. “But to be able to see what they were looking at, at the time, is amazing.”

Among the films, Thorn has found footage of Cowboys exhibition games – what’s now called the preseason – from the inaugural 1960 season. Those are the Cowboys’ earliest games.

Little has been neatly placed on shelves yet, as Thorn continues cataloging the collection.

Boxes with game-worn jerseys from 1990s and 2000s stars Leon Lett, Darren Woodson and Jay Novacek sit near stacks of film reels dating back to the start of the franchise. There are copies of Dallas Cowboys Cheerleader scrapbooks dating back to the 1970s, one of former head coach Barry Switzer’s playbooks and a copy of a U.S. Senate subcommittee report on the 1964 professional sports antitrust bill.

“Every day, I’m doing some cataloging, some boxing, some processing, some researching, some discovery, some evaluation, some digitizing,” he said. “I’m going to do everything all the time.”

At one end, wooden pallets are stacked with boxes bound together with plastic wrap, waiting to be opened. Thorn isn’t certain what he’ll find in those.

Not all NFL teams have staff archivists or historians, and the ones that do take varied approaches.

Cliff Christl, a retired sportswriter and now historian for the Green Bay Packers, arrived at his current job through his hobby. In retirement, he researched team history and created a Packers Heritage Trail tour.

Unlike the Cowboys, little original material exists from the Packers’ early days.

“Nobody had any idea that what they created in 1919 would grow into what it is,” he said.

Instead, Christl researched about 50 years of newspaper articles about the team and has taken at least 200 oral histories from former players and those familiar with the team. His history column appears weekly on the team website, and Christl is also writing exhibit panels for the renovated Packers Hall of Fame at Lambeau Field.

Charlotte Anderson, Cowboys executive vice president and chief brand officer, said the creation of Thorn’s job has long been in the team’s plans. Since her father bought the team in 1989, she said, Jerry Jones has had a strong appreciation for Cowboys history.

Anderson said he always insisted on photographing and documenting all that happened and saving everything found related to the franchise.

“Everything we do becomes a piece of history,” Anderson said. “That actual piece tells the story of who we are.”

That led the team to keep as much as possible of what it has produced during the last 25-plus years and hang on tightly to what was already there.

Anderson said she’s looked at old contracts with much different compensation packages, a reminder of how much the league has changed. For example, in 1966, running back Walt Garrison’s signing bonus included a horse trailer.

It’s unlikely today that the same type of sweetener was part of the negotiations with quarterback Tony Romo or would be pitched to the agents of wide receiver Dez Bryant or running back DeMarco Murray.

Much was kept from the franchise’s beginning, but Anderson said there’s no way to know how much history was discarded.

She once saw a photo of Cowboys founder Clint Murchison’s office door with carvings of a trophy, helmet and stadium. She asked around about that door but learned that it was probably discarded when the team moved its headquarters from North Central Expressway in Dallas to Irving’s Valley Ranch.

Nothing like that is likely to disappear in the future.

Thorn is cataloging both the team’s past and present. The hundreds of thousands of items will be archived in the system he’s created, while new material – such as video for in-game entertainment and printed documents – is preserved.

The goal one day is to have the material digitally archived so staff can instantly find everything related to a specific moment in Cowboys history.

A large amount will eventually make it to the public, too.

Touch-screen video columns were installed at AT&T Stadium in the off-season and give fans an in-depth glimpse at Cowboys players and history. The databases for those columns are expected to be supplemented with treasures Thorn finds.

Some of the work involves transferring outdated media into digital formats that are easily shared. Those duties are similar to Thorn’s work as staff librarian and audio-video preservationist for the University of North Texas Music Library.

Thorn received his bachelor’s and master’s degrees at the Denton university. In keeping with his fascination with old technology, he wrote many of his papers there with a manual typewriter he rebuilt when he didn’t own a computer.

Other artifacts and photos will be appearing on Cowboys social media accounts, on the team’s website and during game presentation.

Thorn’s efforts are now spent on sorting what the Cowboys already have. Anderson said she could see the team eventually contacting fans with private collections and seeking to digitize those.

“We have fans all over who have incredibly interesting pieces of our history,” Anderson said. “There’s another layer to this.”

Anderson said the team’s plans for a stand-alone Cowboys Hall of Fame at AT&T Stadium changed in the past few years. Instead, the team is now looking at spreading the collection throughout the stadium and The Star in Frisco.

“We don’t want to just hang a star on the wall,” Anderson said. “We want to have the live part of that history.” 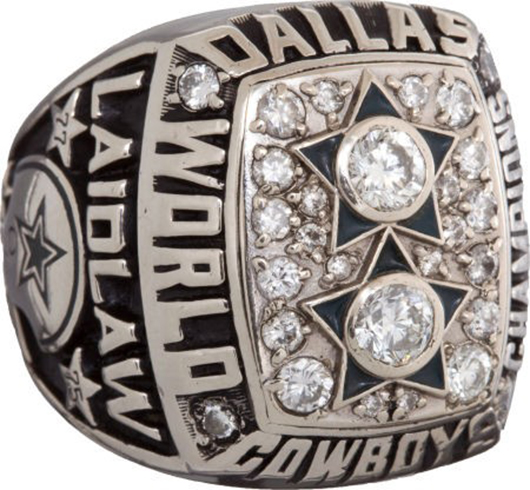 Museum mystery: artifact of Mark Twain’s duel that never was