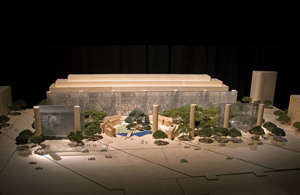 Republican Rep. Rob Bishop is proposing a new design competition and seeks to eliminate $100 million in future funding for the current design by architect Frank Gehry.

Eisenhower’s family has called Gehry’s design “too extravagant.” Gehry proposed a memorial park with statues of the president and World War II hero, framed by large metal tapestries depicting Ike’s boyhood home in Kansas. It’s projected to cost $142 million, some of which would come from private fundraising.

Bishop said lawmakers need to reevaluate the project in hopes of finding consensus. The bill would also authorize for three years the use of the planned site for the memorial, which is at the base of Capitol Hill near the National Air and Space Museum.

“It is important that we get this project right and presently, there are far too many outstanding concerns including the controversial design and rising costs,” Bishop said in a statement.

Eisenhower Memorial Commission chairman Rocco Siciliano, who served as a special assistant in the Eisenhower White House, said he was “saddened” by the bill and defended the Gehry design and the commission’s work.

“This bill by Congressman Bishop insults their efforts and the great legacy of Eisenhower,” Siciliano said in a statement.

Susan Eisenhower, a granddaughter of the former president, said the family would not comment. A hearing has been scheduled for next week in a House subcommittee, and Susan Eisenhower is scheduled to testify. 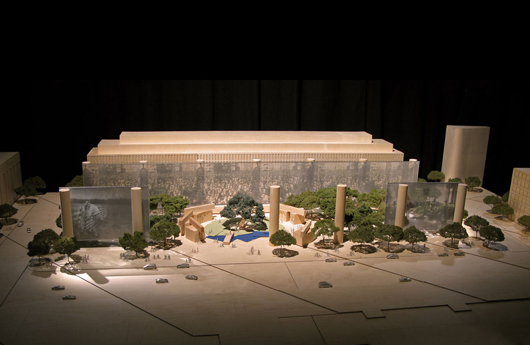