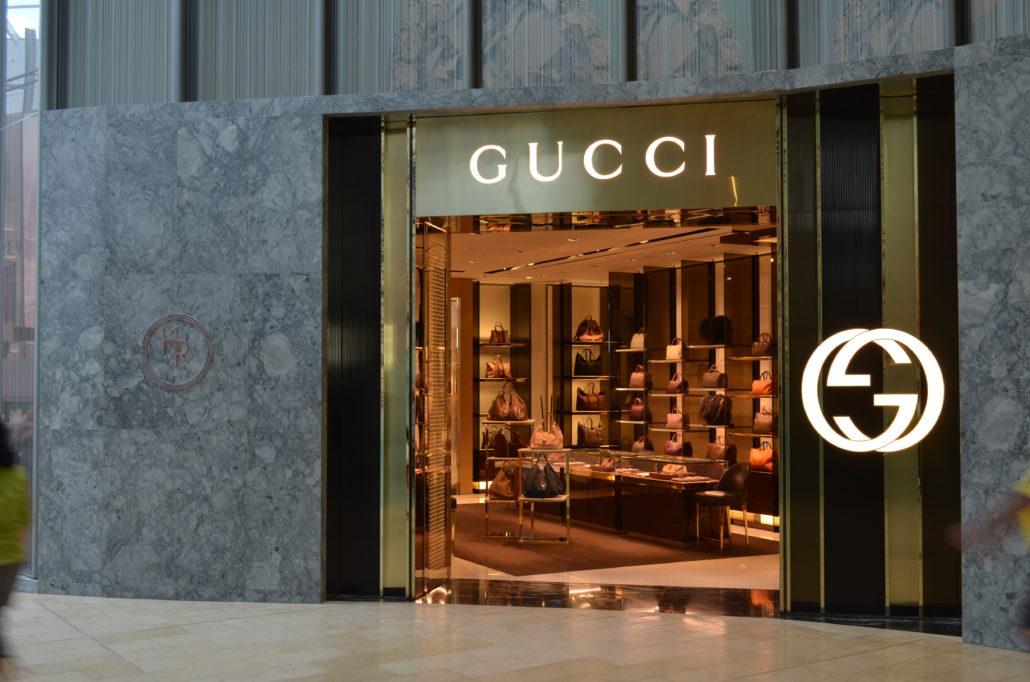 Gucci operates approximately 278 directly operated stores worldwide, including this one in Toronto. Photo by Raysonho, made available under the Creative Commons CC0 1.0 Universal Public Domain Dedication

MILAN — Gucci has become the latest fashion house to eliminate animal fur from its collections, starting with the spring-summer 2018 season.

Gucci CEO Marco Bizzarri said the brand would no longer “use, promote or publicize animal fur,” beginning with the menswear collection to be previewed in January and womenswear in February. Gucci said it would auction off the remaining fur animal items, with proceeds to benefit animal rights charities Humane Society International and LAV.

Bizzarri told a London College of Fashion gathering, “Being socially responsible is one of Gucci’s core values, and we will continue to strive to do better for the environment and animals. He said the new approach was, in part, thanks to Gucci’s creative director, Alessandro Michele, who joined the company in 2015.

“In selecting a new creative director, I wanted to find someone who shared a belief in the importance of the same values. I sensed that immediately on meeting Alessandro for the first time,” Bizzarri added.

The fur-free policy includes mink, coyote, raccoon dog, fox, rabbit and astrakhan, as well as all other species specially bred or caught.

Copyright 2017 The Associated Press. All rights reserved. This material may not be published, broadcast, rewritten or redistributed.

10 things to know about decorative woven coverlets
Scroll to top