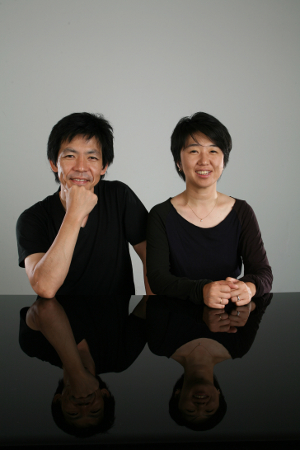 NEW YORK – Richard Armstrong, Director of the Solomon R. Guggenheim Foundation and Museum, and Frank-Peter Arndt, Member of the Board of Management, BMW AG, today announced a long-term collaboration that will span six years of program activities, engage people in major cities around the globe, and inspire the creation of forward-looking concepts and designs for urban life. The initiative will engage a new generation of leaders in architecture, art, science, design, technology, and education, who will address the challenges of the cities of tomorrow by examining the realities of the cities of today.

An innovative movable structure that travels from city to city, the BMW Guggenheim Lab will bring together ambitious thinkers from around the globe and will be a public place for sharing ideas and practical solutions to major issues affecting urban life. There will be three different BMW Guggenheim Labs, each with its own architect, graphic designer, and theme and each traveling to three major cities worldwide. The BMW Guggenheim Labs will travel in separate, consecutive two-year cycles, for a total project period of six years.

Site-specific events and educational programs related to the cycle’s theme will include workshops, public discussions, performances, and formal and informal gatherings, which will tie the BMW Guggenheim Lab into the everyday fabric of the city. The BMW Guggenheim Lab will also present the responses of a multidisciplinary team of professionals assembled to study the theme.

The first BMW Guggenheim Lab will be installed in North America in late summer 2011 and will present programming into the fall of 2011, before moving on to the next two cities on its global tour, in Europe and Asia, respectively. At the conclusion of each three-city cycle, a special exhibition will be presented at the Solomon R. Guggenheim Museum in New York, exploring important issues that were raised, addressed, and presented at the BMW Guggenheim Lab’s different venues.

The theme for the inaugural BMW Guggenheim Lab will be Confronting Comfort: The City and You—how urban environments can be made more responsive to people’s needs, how people can feel at ease in an urban environment, and how to find a balance between notions of modern comfort and the urgent need for environmental responsibility and sustainability.

“Our collaboration with BMW brings together three kinds of expertise—an international museum, international design firms, and emerging talents from a number of different fields—for a research-and-development project with almost limitless potential,” stated Richard Armstrong. “We cannot predict, and do not want to predict, the outcomes of this open-ended experiment. We do know that it may change every city and community it touches, and point the way toward new possibilities for the urban environment worldwide. We are grateful to BMW for their collaboration on this adventurous project and greatly respect the company’s long-standing commitment to design, architecture, and the arts.”

“For almost 40 years now, the BMW Group has initiated and engaged in many international cultural cooperations. To us, sustainable commitment in the cultural sector is being aware of our social responsibility whilst preserving absolute creative freedom for our partners,” stated Frank-Peter Arndt. “As a company, we are extremely interested in an open-minded and productive dialogue with numerous representatives from art and science. For this reason, we also regard the joint initiative of the BMW Guggenheim Lab as an exciting global platform.”

Dr. Uwe Ellinghaus, Director Brand Management BMW, stated, “With the BMW Guggenheim Lab, BMW is significantly broadening its international cultural commitment. We are very proud to cooperate over a longer period of time with a renowned institution such as the Guggenheim. With the knowledge that the challenges of the future can only be tackled together, we look forward to the open, multidisciplinary exchange this project makes possible worldwide.”

The pioneering Tokyo-based architecture firm Atelier Bow-Wow has been commissioned to design the first BMW Guggenheim Lab, and the Seoul-based firm of Sulki & Min has been announced as the designer of its graphic identity. The firms were selected for their intelligent designs, and for their ability to tackle complex issues with wit and an open mind.

The 5,000-square-foot structure will open at its North American venue in late summer 2011 and host a rich roster of public programming through the fall of 2011. Following this inaugural presentation, the BMW Guggenheim Lab will be dismantled in preparation for installation at the next city on its itinerary.

“Our thinking has always been informed by a sense of wonder at the sometimes surprising ways in which people create spaces that work for them, even within urban situations that look unpromising,” stated Yoshiharu Tsukamoto of Atelier Bow-Wow. “We are grateful, and extremely excited, to have been chosen to participate in the BMW Guggenheim Lab to carry forward these urban investigations into comfort, a theme that is so integral to our own ideas and concerns.”

According to Sulki Choi and Min Choi of Sulki & Min, “We thank the BMW Guggenheim Lab for giving us one of the most productive challenges we have yet encountered as graphic designers. The purpose of the BMW Guggenheim Lab is clear and singular. The expressions of the purpose over the next six years will be multiple and in almost constant flux. Our goal is to give this project a graphic identity that is strong, responsive, and playful.”

Further details about the project, including the unveiling of the BMW Guggenheim Lab design, the announcement of the cities on the tour, the identification of Advisory Committee and BMW Guggenheim Lab Team members, and programming information will be revealed over the next several months.

David van der Leer stated, “It is more and more essential for museums to bring their architecture and design programming out of the confines of the gallery’s white box and into the realities of everyday urban life. The BMW Guggenheim Lab allows us to zoom out from the design fields to a more expansive, post-disciplinary view of the city, and then back in again on the problems, challenges, and chances offered by urban landscapes around the world.”

Maria Nicanor stated, “The BMW Guggenheim Lab is an invaluable opportunity to bring together local communities with international experts and young talents from a wide variety of fields in order to redefine how we want to live in urban environments today and tomorrow. By establishing a close connection with the neighborhoods it temporarily inhabits, the BMW Guggenheim Lab will become an open place for experimentation and change; for questions and ideas to flourish; for dialogue, and, we hope, for action.”

Atelier Bow-Wow, architect for the inaugural BMW Guggenheim Lab, was established in Tokyo in 1992 by the husband-and-wife team of Yoshiharu Tsukamoto and Momoyo Kaijima. Best known for its surprising, idiosyncratic, yet highly usable residential projects in dense urban environments, the firm has developed its practice based on a profound and unprejudiced study of existing cultural, economic, and environmental conditions—a study that led it to propose the term “pet architecture” for the multitude of odd, ungainly, but functional little buildings wedged into tiny sites around Tokyo. Atelier Bow-Wow has also acquired an enthusiastic following through its innovative projects at exhibitions, including the 2010 Venice Biennale (as an official representative of Japan) and the São Paulo Bienal, and at venues such as the Hayward in London, the Neue Nationalgalerie in Berlin, The Gallery at REDCAT in Los Angeles, the Japan Society in New York, and the OK Offenes Kulturhaus Oberösterreich in Linz, Austria. More information about Atelier Bow-Wow can be found at bow-wow.jp.

Sulki & Min, graphic designer for the inaugural BMW Guggenheim Lab, is a partnership established in Seoul by Sulki Choi and Min Choi, who met as MFA students at Yale University in 2001. From 2003 until 2005 they were based at the Jan van Eyck Academie in Maastricht, the Netherlands, where they participated in a research project for the cultural identity of the city of Leuven, Belgium; designed the academy’s various publications and promotional materials; and, with Tamara Maletic and Dan Michaelson, designed the exhibition Welcome to Fusedspace Database at Stroom Den Haag. Their first solo exhibition, Sulki & Min: Factory 060421-060513, was presented at Gallery Factory, Seoul, in 2006, and received the 2006 Art Award of the Year from the Arts Council Korea. Their second solo exhibition, Sulki & Min: Kimjinhye 080402-080414, was held at Kimjinhye Gallery, Seoul, in 2008. More information about Sulki & Min can be found at sulki-min.com.

About the Solomon R. Guggenheim Foundation

Founded in 1937, the Solomon R. Guggenheim Foundation is dedicated to promoting the understanding and appreciation of art, architecture, and other manifestations of visual culture, primarily of the modern and contemporary periods, and to collecting, conserving, and studying the art of our time. The Foundation realizes this mission through exceptional exhibitions, education programs, research initiatives, and publications, and strives to engage and educate an increasingly diverse international audience through its unique network of museums and cultural partnerships. Currently the Solomon R. Guggenheim Foundation owns and operates the Solomon R. Guggenheim Museum on Fifth Avenue in New York and the Peggy Guggenheim Collection on the Grand Canal in Venice, and provides programming and management for two museums in Europe that bear its name: the Guggenheim Museum Bilbao and Deutsche Guggenheim in Berlin. The Guggenheim Abu Dhabi, a museum of modern and contemporary art designed by architect Frank Gehry, is scheduled to open in 2013. More information about the Foundation can be found at guggenheim.org.

BMW’s cultural program is involved in more than 100 projects worldwide and has been a key element of corporate communications for almost 40 years. This cultural engagement focuses on contemporary and modern art as well as classical music, jazz, architecture, and design. The BMW Group has also been ranked industry leader in the Dow Jones Sustainability Indexes for the last six years. In 1972 three large-scale paintings by Gerhard Richter were created specifically for the foyer of the BMW Group’s Munich headquarters. Since then artists ranging from Andy Warhol and Roy Lichtenstein to Olafur Eliasson, Thomas Demand, and Jeff Koons have collaborated with BMW. Moreover, the company has commissioned renowned architects such as Karl Schwanzer, Zaha Hadid, and Coop Himmelblau for the construction of its central buildings and plants. The company guarantees absolute creative freedom in all the cultural activities it is involved in—as this is just as essential for groundbreaking artistic work as it is for major innovations in a successful business. More information about BMW’s cultural commitment can be found at bmwgroup.com/culture. 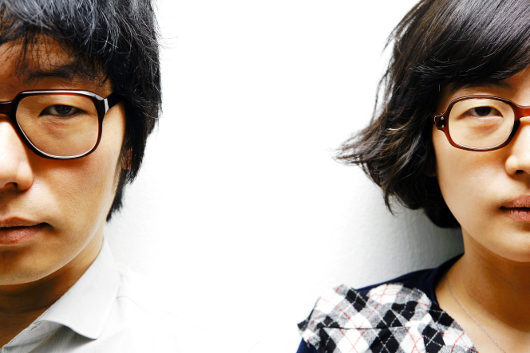 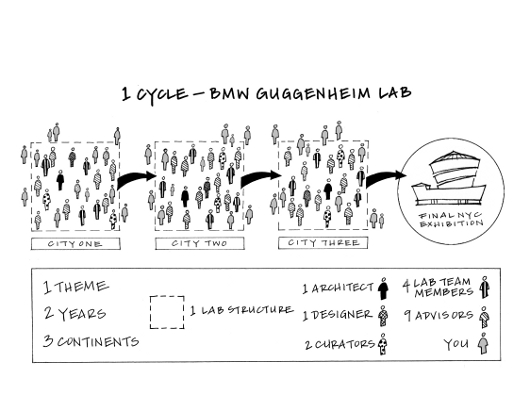 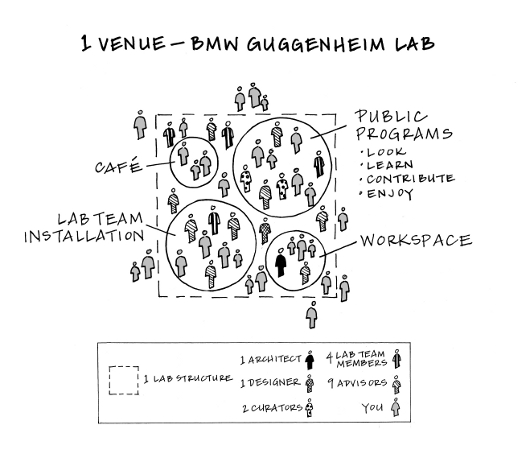 Helsinki expects a new bid for a Guggenheim museum

Auction today for items from Route 66 icon in Oklahoma