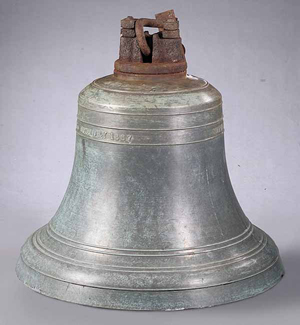 NEW IBERIA, La. (AP) – Since the first majestic bell was installed in 1850, the bells in St. Martin de Tours Catholic Church have pealed joy, sorrow and solemnity throughout the historic community of St. Martinville.

They have summoned people to pray, to commemorate a life passed and to signal of the start of a couple beginning a new life together.

Parisioners at St. Martin de Tours, known as the Mother Church of Acadiana, want to ensure that every aspect of the historical building is preserved, including the traditional ringing of a bell or bells, often in pairs which are rotated back and forth, ringing once in each direction.

Work on a three-phase, $260,000 renovation project of the belfry and restoration of the bells is expected to begin soon after the end of Lent.

“The inside of the tower needs work if we are going to preserve it. The bells are too close together and that is stopping the swinging of the bells. We have to do repairs now if we want to keep the bells working,” said the Rev. Rusty P. Richard. “Our goal is to have every bell ringing again.”

The cast-iron bells are as much a part of the vivid history of the 168 year-old church as the 11-by-13-foot canvas oil painting of the church’s patron saint, St. Martin of Tours, and the unusually large 14 stations of the cross. The canvas above the main altar was painted during the 1830s by Jean Francois Marie Mouchet of Dijon, France. The stations of the cross were shipped from France in 1905.

Brenda Courville, a longtime parishioner and member of the finance committee, believes the belfry project is important if the congregation wants to keep all of the church’s history intact.

“It’s the fourth oldest Catholic church in the state so its preservation is important,” she said.

Richard said the bells are important to the church’s history, especially since some churches do not actual ring the church bells and it is often done through a recording.

The seven bells in the church belfry were named and christened in an old tradition. The first bell, cast by the Buckeye Bell Foundry of Cincinnati, Ohio, was acquired and baptized Agathe in 1850.

Three more bells, adorned in garlands of ribbons and flowers, were formally christened in 1904. Marie Angeli, the largest, weighs 2,100 pounds and was named in memory of the son of Mr. and Mrs. John B. Ferran. Marie Stephania, 1,050 pounds, and was named after the daughter of Mr. and Mrs. Albert Levert. The smallest, Marie Augustine, was named in honor of the pastor at the time, the Rev. Auguste Thebault.

The last three bells were added in 1977 and named Marie Lena, Marie Aline and Marie Editha. The 20th century bells were manufactured by the McShane Bell Foundry of Baltimore, Md.

A historical bell remains on display over the front altar, but the six-bell peal continues to ring out the Angelus at morning, noon and the evening and the other bells ring every quarter hour. Richard said Agathe is no longer used.

The first phase of the project will include removing and repositioning some bells to create room for them to swing. After the tower is re-roofed, the bells will be reset.

Loreauville resident Phil Borel, a bell technician, said he will arrange them so that pairs of bells sound good together.

Borel, 55, is one of about 30 bell technicians in the country.

“We are so fortunate to have him in our area. Otherwise, it would be too expensive to have the bells worked on,” said Richard.

Borel said he serves as a man on the ground for companies that cast bells throughout the United States, Holland, France and England.

“There are not many bell technicians around. We are scattered across the country so we are invited by the bell companies to get together once a year to share our experiences and ideas. As the years go by, there are fewer of us doing this work. Some think it is not worth their while,” he said.

“You have to be precise and right on the money. Your work is judged on sound. When someone tells me they heard the church bells and it rang perfectly and at just the right time to console them, it makes the work all worthwhile.”

Some people who worked on the bells in the past cut their initials inside the St. Martin de Tours church tower, Borel said.

“This is a part of history. The bells will not be used and then thrown away. Some church bells are still here doing the same job they did 300 years ago,” he said.

Borel said he once had the privilege of adjusting the pitches and tones of a bell dating back to the 1700s, which was given to St. Gabriel Catholic Church in St. Gabriel by the Queen of Spain.

“This was one of the oldest bells I have ever worked on. It was very unusual,” said Borel.

Information from: The Daily Iberian, http://www.iberianet.com

Copyright 2010. Associated Press. All rights reserved. This material may not be published, broadcast, rewritten, or redistributed. 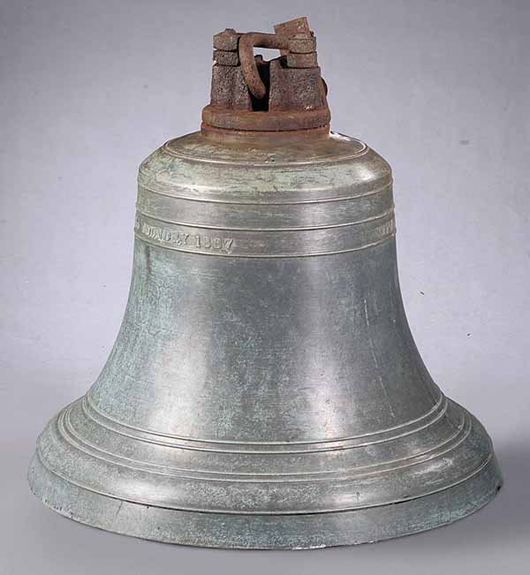