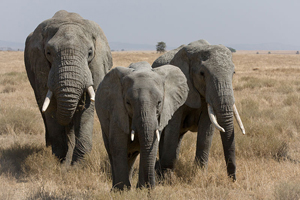 NEW YORK (ACNI) – Julian R. Ellison, CEO of LiveAuctioneers LLC, is speaking out about a recent incident in which another Internet technology executive – Bob Parsons of domain-hosting company GoDaddy.com – killed an elephant in Zimbabwe with a high-powered rifle. Parsons, who is CEO of GoDaddy, enlisted a video crew to tape the entire episode as it happened, then posted it on his corporate website to the accompaniment of a rock music soundtrack. The video has since been edited to delete the frame showing the actual shooting of the elephant, and the AC/DC song “Hell’s Bells” has been removed.

After reading about the elephant slaughter and viewing the video, Ellison issued instructions to his staff to sever all business ties with GoDaddy, which previously provided web hosting for Ellison’s businesses. LiveAuctioneers LLC is the parent company of LiveAuctioneers.com, which provides Internet live-bidding services and support to more than 1,000 auction houses worldwide.

“I was sickened by the video. Bob Parsons got an obvious thrill from gunning down an animal that wasn’t even looking in his direction, then posed with the corpse,” said Ellison. “It was the ugliest and most barbaric publicity stunt imaginable. Some of the villagers in the video, who mobbed and butchered the elephant after Parsons dropped the animal in its tracks, were wearing GoDaddy baseball caps.”

Parsons has defended himself in the media and on his website, saying he saved the village from a “problem” bull elephant that had been trampling sorghum crops. [Some experts now say the elephant Parsons shot was quite likely a young female]. Parsons also made a point of saying that villagers had benefited from eating the elephant’s flesh after the kill.

“If Parsons – who is a billionaire – wanted to help the farmers, he easily could have written a check to build an indestructible fence around their crops. And if he genuinely cared about the villagers’ welfare, he could have chosen any of a number of other ways to provide them with food. Killing an elephant was not the right way to do it,” Ellison said.

A frequent visitor to Africa, Ellison said the shooting of elephants is “unjustifiable. They are highly intelligent animals. As elephant shootings have increased, so has the aggression level within the herds, which are familial and protective, just as humans are.”

An outcry followed the release of the video documenting Parsons’ elephant-killing episode, with negative articles appearing in newspapers worldwide. Several of GoDaddy’s competitors are offering discount coupon codes to encourage people to move their domain-name and Web hosting business away from Parsons’ Arizona-based company. NameCheap is offering to donate a dollar to Save the Elephants for every domain name that switches to their service from GoDaddy.com. 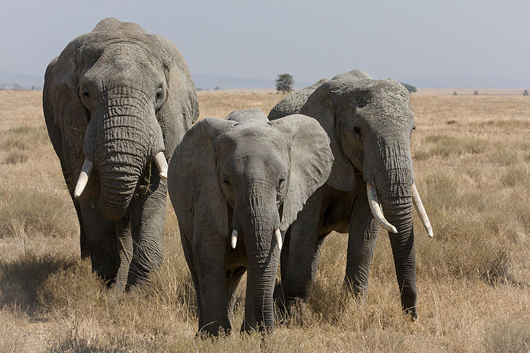 Valentine to a snowy day in New York

Skinner to orchestrate auction of fine musical instruments May 1