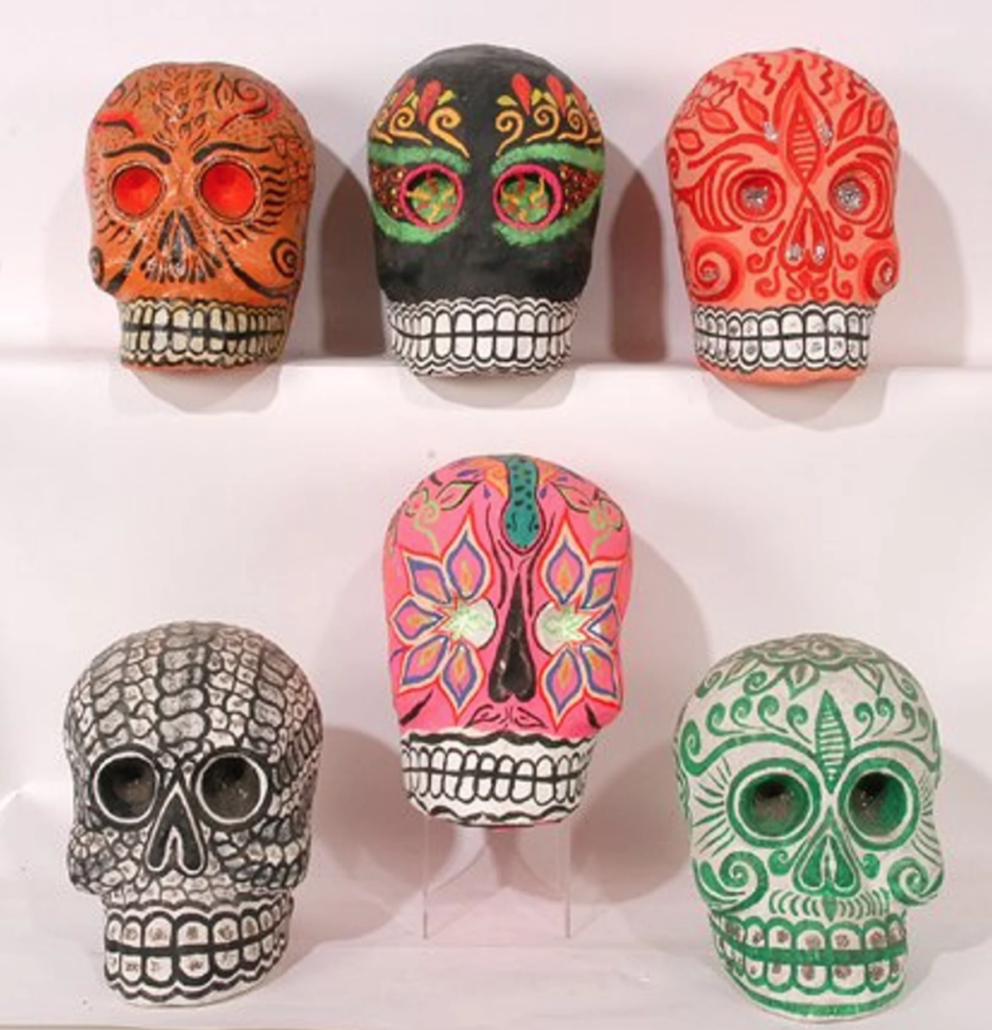 MEXICO CITY (AP) – A raised fist made of helmets, pick axes and broken rubble rolled ahead of hundreds of walking skeletons, costumed dancers and flowery floats Saturday in Mexico City’s Day of the Dead parade, which this year honored the 228 capital residents killed by a Sept. 19 earthquake.

“Thank you, rescuers!” belted out Guadalupe Perez, 56, as she passed the sculpture, which was followed by contingents of men, women and dogs who had searched for survivors amid the rubble of collapsed buildings.

Mexico City’s central Zocalo plaza was filled by the papier-mache dead, skeletal Catrina figures and candle-covered shrines where people were invited to place photographs of those killed in two recent earthquakes, which together left more than 400 dead across the country.

A raised fist was the signal the rescuers gave for silence to hear if anyone was trapped under the rubble left by the most recent quake. It “has become a national and international symbol,” parade coordinator Julio Blasina told The Associated Press.

“We had an obligation to pay tribute to the fallen, while transmitting the message that the city is still standing,” Blasina said.

This year’s parade featured a kilometer-and-a-half of floats honoring the celebration, which is an amalgam of pre-Hispanic and other traditions. White, orange, purple and black paper cut-outs covered part of the Zocalo. Beneath them were papier-mache skeletons with rescue vests and helmets, symbolizing volunteers from the regions affected by the earthquakes, including Oaxaca, Chiapas, Morelos, Puebla and Guerrero. Other skeletons represented victims.

“We must not forget that the country is in mourning because there are many who do not have a home,” said Guadalupe Perez, whose apartment was badly damaged in a quake. “But this is a beautiful party, unique in the world.”

Mexico’s Day of the Dead celebrations traditionally consisted of quiet family gatherings at the graves of their departed loved ones bringing them music, drink and conversation. On the Nov. 1-2 holiday, Mexicans set up altars with photographs of the dead and plates of their favorite foods in their homes. They gathered at their loved ones’ gravesides to drink, sing and talk to the dead.

In some towns, families leave a trail of orange marigold petals in a path to their doorways so the spirits of the dead can find their way home. Some light bonfires for the same purpose, sitting around the fire and warming themselves with cups of boiled-fruit punch to ward off the autumn chill.

But it is increasingly celebrated with parades rife with floats, giant skeleton marionettes and thousands of participants. Influences of American Halloween celebrations and Hollywood zombie films are common.

“All our roots are reflected here,” said Leo Cancino, who took his family to see Saturday’s parade in Mexico City. “Many are afraid of death but no, it’s part of life.”