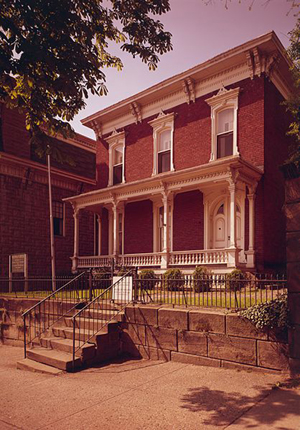 LANCASTER, Ohio (AP) – A cigar-chomping William Tecumseh Sherman still lives in Lancaster. He would like to talk about the Civil War, about Ohio’s place in it, about whether the state has given the war the proper consideration.

“It is with great reluctance that I grant this damn interview!” he yells, and spits a little. “Get it right, or I will find out where you live!”

Sherman never did like the press. Modern folks could learn that by visiting the Fairfield Heritage Association’s Sherman House Museum, run by Laura Bullock in the Fairfield County seat.

Frank Bullock, Laura’s husband, looks like Lancaster’s most-famous native and sometimes dresses like him to give a presentation or shout at the odd reporter.

But most people don’t visit the great general’s birthplace. Three people will show on a slow day. Most Lancaster residents grew up with the Sherman House and don’t pay particular attention, the Bullocks say.

If it highlights anything at all. If there is Civil War tourism in Ohio. If, come to think of it, Ohio is even a Civil War state.

“Ohio has done a wretched job of marketing itself as a Civil War destination,” said Eric Wittenberg, a Columbus lawyer who has written 16 books about the war.

Wittenberg and other professional and amateur historians take it for granted that Ohio is a Civil War state. If the state must have a battlefield to qualify, then Ohio qualifies, Wittenberg says. About 15,000 soldiers fought in the 1863 Battle of Buffington Island in Meigs County, part of the famous Morgan’s Raid into Ohio.

In 1993, the federal Civil War Advisory Commission identified the 384 most historically important war sites, said Mary Koik, a spokeswoman for the nonprofit Civil War Preservation Trust. Two – Buffington Island and the site of the Confederate raiders’ surrender in Columbiana County – are in Ohio.

That doesn’t make it Virginia, which has 123 of those sites, or Tennessee, which has 38. But Ohio has other claims, too, say the state’s Civil War buffs.

All of which means that Ohio has had ample opportunity to market itself as a Civil War state, Wittenberg said. Two separate Civil War trails could be created if Ohio would tie numerous historic sites together, he said.

The lack of marketing in the past is somewhat understandable, say those who are trying to promote the state’s Civil War heritage. Other states that have worked so hard to build a war-tourism industry might have seen that as their primary way of drawing visitors, while Ohio has focused on its many other draws, said Mark Holbrook, a Civil War enthusiast and a spokesman for the Ohio Historical Society.

They do now. Sort of. With the 150th anniversary, Ohio’s tourism industry thinks that promotion for its Civil War sites will find a receptive audience for the first time in a long time, said Amir Eylon, the state’s tourism director.

Most people who come to Ohio to vacation, as well as residents who travel within the state, are just looking for something to do, Eylon said. The goal this year, and over the next four years of Civil War commemoration, is to show travelers that they can spend a little extra time (and money) learning about the state’s war history.

“Maybe they are interested in Cedar Point,” he said. “And maybe they also visit Johnson’s Island or the (Rutherford B.) Hayes site.”

Eylon talks of the Civil War attractions as part of an overall Ohio experience, not so much as travel destinations on their own. The DiscoverOhio.com website promotes Ohio’s role in the Civil War in the same place it promotes baseball teams and space-travel heritage.

Other organizations are promoting the Civil War more specifically. A historical society website, OhioCivilWar150.org, will track Civil War events and opportunities in the state. More than 100 interpretive signs will go up next year along the path of Morgan’s Raid so visitors can drive the route.

Local sites will promote themselves. Sherman House will be among them. A symposium about Sherman and Confederate Gen. Joseph E. Johnston runs through the weekend.

“Sherman is in every history book in the world,” Frank Bullock said.

Bullock will be at the symposium, but just playing himself. 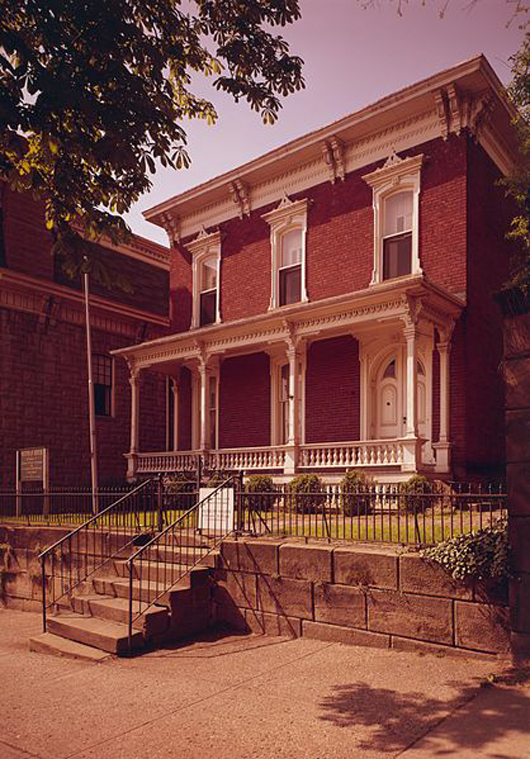 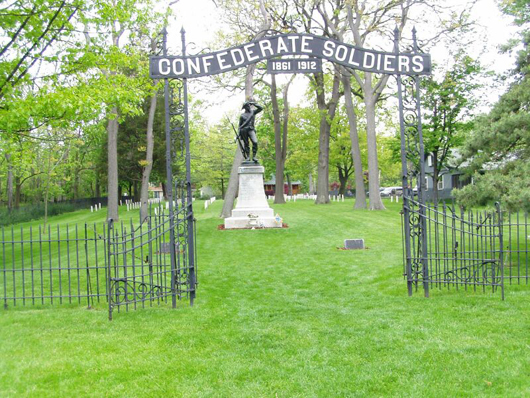 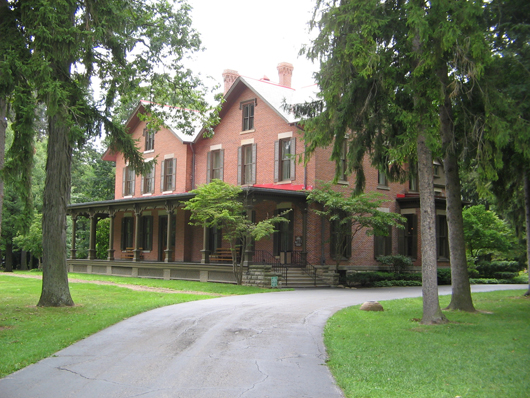 President Rutherford B. Hayes’ home, Spiegel Grove, in Fremont, Ohio. Old Whitey, a warhorse that served during the Civil War and belonged to then Maj. Hayes became the mascot of the 23rd Ohio Volunteer Infantry. The horse was buried at Spiegel Grove upon his death in 1879, with a grave marker reading ‘Old Whitey A Hero of Nineteen Battles 1861-1865.’ Image courtesy of Wikimedia Commons.