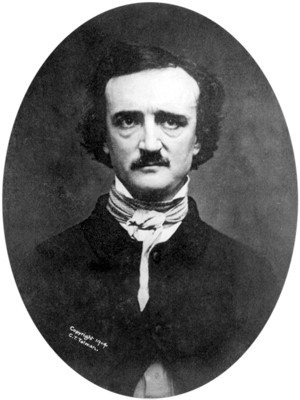 BALTIMORE (AP) – Telltale hearts beat with anticipation during a rainy, midnight dreary and beyond, hoping the mysterious visitor to Edgar Allan Poe’s grave would return after a one-year absence.

But once again, the unknown person who for decades has left three roses and a half-empty bottle of cognac at Poe’s grave on the anniversary of the writer’s birth failed to appear Wednesday, fueling speculation that he may have died.

Four impostors came and went overnight. The real one never showed. Around 5 a.m., the dozen Poe fans who were left began to wonder if the eerie ritual is indeed nevermore, so they walked to Poe’s tombstone and performed their own tribute by leaving roses and drinking a cognac toast.

A fascinating tradition that ran for some 60 years and was never fully explained appears to have ended at the downtown Westminster Hall and Burying Ground.

“I think we can safely say it’s not car trouble, and he’s not sick,” said Jeff Jerome, curator of the Poe House and Museum. “This doesn’t look good.”

It would be an ending befitting of the legacy of Poe, the American literary master of the macabre who was known for haunting poems such as The Raven and grisly short stories including The Tell-Tale Heart, The Fall of the House of Usher and The Pit and the Pendulum. He is also credited with writing the first modern detective story, The Murders in the Rue Morgue. He died in 1849 in Baltimore at age 40 after collapsing in a tavern.

Sometime in the 1940s, it seems, an anonymous man began the annual tribute at Poe’s grave. It was first referenced in print in 1949 by The Evening Sun of Baltimore.

Those who have glimpsed the “Poe toaster” always saw him dressed in black, wearing a white scarf with a wide-brimmed hat. Jerome has kept watch over the vigil since 1978, watching from inside the Presbyterian church, while Poe fans peered through the locked gates of the cemetery.

After last year’s no-show, Jerome this year was expecting Poe toaster wannabes imitating the real thing, and they showed up in brazen style. One emerged from a white stretch limo shortly after midnight. Two others appeared to be women. The fourth was an older man. All walked in clear sight of the Poe fans, contrary to the secretive nature of the real Poe toaster. All wore black hats and left roses and cognac, and two left notes, but none of the four gave the secret signal that only Jerome knows, and none of the four arranged the roses in the unique pattern established by the Poe toaster over the decades.

The “faux Toasters” provided excitement for the Poe fans who braved rain and near-freezing temperatures through the night. One couple traveled from France, another from Chicago. Two friends came from New York. A mother from Cleveland brought her 19-year-old son because it’s on his bucket list. Raven See, who was named after the Poe poem, took time off from her studies at Elmira College in New York to make her sixth appearance at the vigil. Some sang “Happy Birthday” at midnight and read aloud from Poe’s writings.

“There’s so many conspiracy theories,” See said. “Like it ended in ’98 and now the church does it. Or maybe in ’09 they wanted to end it because it was the bicentennial. It just adds to the mystery. The best part of it is meeting people.”

In 1993, the visitor began leaving notes, starting with one that read: “The torch will be passed.” A note in 1998 indicated the originator of the tradition had died and passed it on to his two sons.

The sons didn’t seem to take the duty as seriously as the father. One left a note in 2001 referencing the Super Bowl and another in 2004 implying criticism of France over its objections to the U.S. invasion of Iraq, upsetting many of the traditionalists. When the Poe toaster didn’t show last year, Jerome theorized that the 200th anniversary of Poe’s birth in 2009 might have been considered the appropriate stopping point.

Or, it was thought at the time, perhaps the toaster just had a flat tire on the way to the cemetery.

But that’s the sort of happenstance unlikely to happen two years in a row. Jerome says he’ll return one more year. If the visitor fails to show in 2012, he’ll considered the tradition over and done.

“It’s sort of like a marriage that ends,” Jerome said. “Part of you still wants the warmth that was part of it, and you go looking for the same woman. No, it’s over with. And if it’s over with, it’s over with. If people want to continue the tradition, it’s going to be without me.”

It appears at least some sort of Poe tradition will indeed continue every Jan. 19. Most who attended this year said they plan to return next year, and maybe beyond. Cynthia Pelayo, who traveled from Chicago with her husband for the second straight year, handed out roses after the gates were open shortly before 5 a.m., and those were the flowers that were presented – one by one – at Poe’s grave.

“Dear, Edgar,” it said. “You are what all us macabre writers only hope to be. Thank you. ’Til next year.” 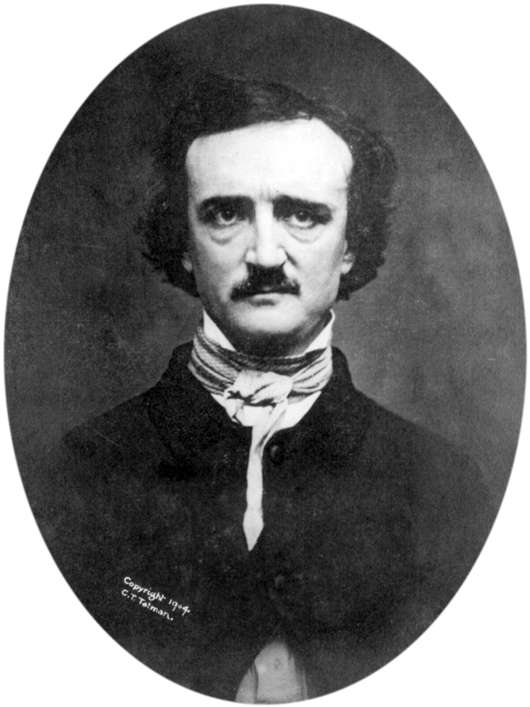