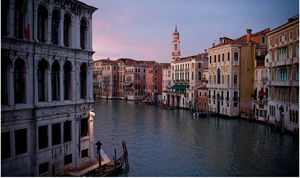 VENICE (AFP) – Flood-prone Venice – home of the art world’s revered La Biennale di Venezia – has launched an ambitious plan to build mobile barriers at the mouth of its lagoon and protect the city from rising sea levels.

“Once finished, the system will protect Venice from high water levels of up to three metres,” said architect Flavia Faccioli from the Venezia Nuova consortium, grouping some 50 companies involved in the project.

“We’re on schedule so far. We have already carried out three billion euros worth of works and will be carrying out the first test next July,” Faccioli told AFP.

The 78 giant box-shaped barriers will be divided into four sections at the head of the three inlets that link the lagoon with the Adriatic Sea. They will be inserted into immense tanks on the sea floor. Should high waters threaten the city, pressured air will be pumped into the barriers, raising them up on hinges to block the tidal flow. Once the danger has passed, the air will be expelled and the barriers would fill with water and sink back to the sea floor.

“We are building 11 crates at the same time,” Enrico Pellegrini, the head engineer at one of the building sites, told reporters as they inspected the ongoing works at the Malamocco inlet.

Special cement and non-oxidizing steel have been used for the 60-meter-wide girders which, at 27 metres high, are as tall as a seven-storey building.

“The biggest girders weigh 22,000 tons and will be transported, like the others, by wagons specially designed for the purpose by Norwegian company. Each can take up to 350 tons, the equivalent of a Boeing 747,” he said.

It will then take up to three days for a “syncrolift” system – usually used to help ships dock — to transfer the tanks to the sea bed.

“It’s a remarkable project, one of the most important in Italy and the world,” Venice’s mayor Giovanni Orsoni said.

Venice, which sank by 23 centimetres (nine inches) in the last century, is hoping that the “Moses” project will help it preserve its buildings and rid its majestic squares of floodwaters once and for all. 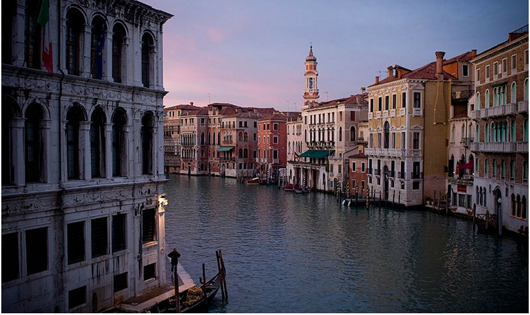