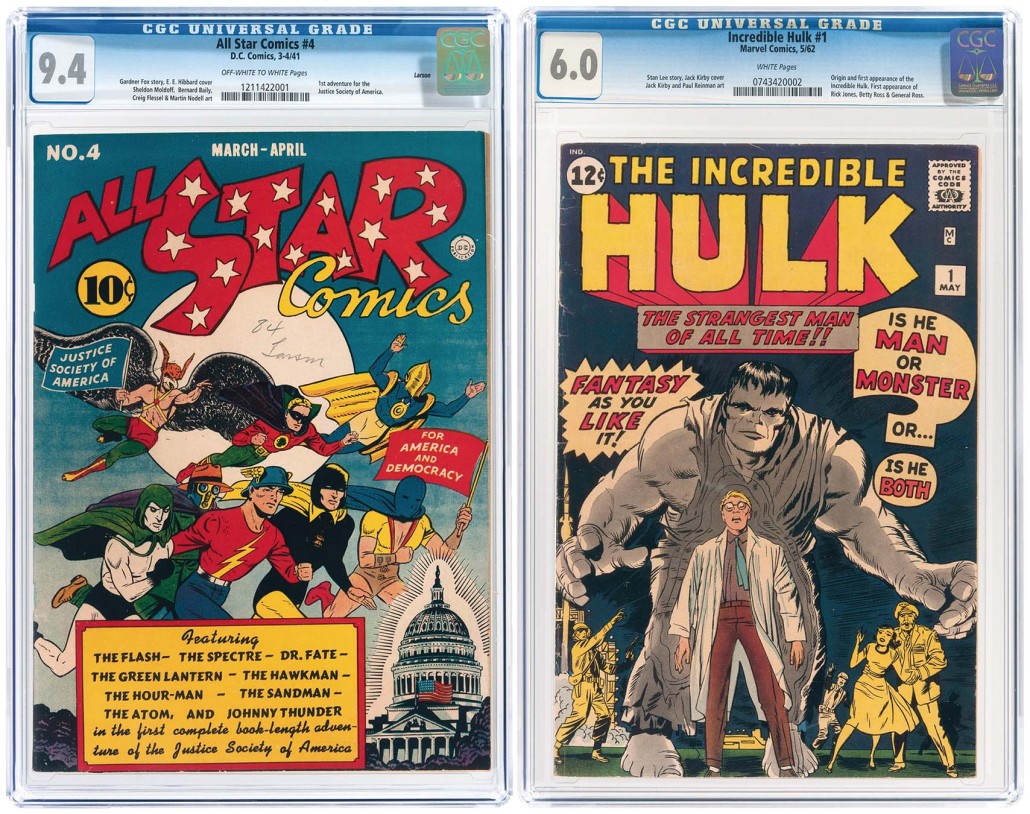 (Left) All Star Comics #4, March/April 1941, featuring the first adventure for the Justice Society of America, NM, Larson pedigree; and (right) Incredible Hulk #1, with first appearance of Hulk. Each is estimated at $10,000-$20,000. Image courtesy of Hake’s Americana