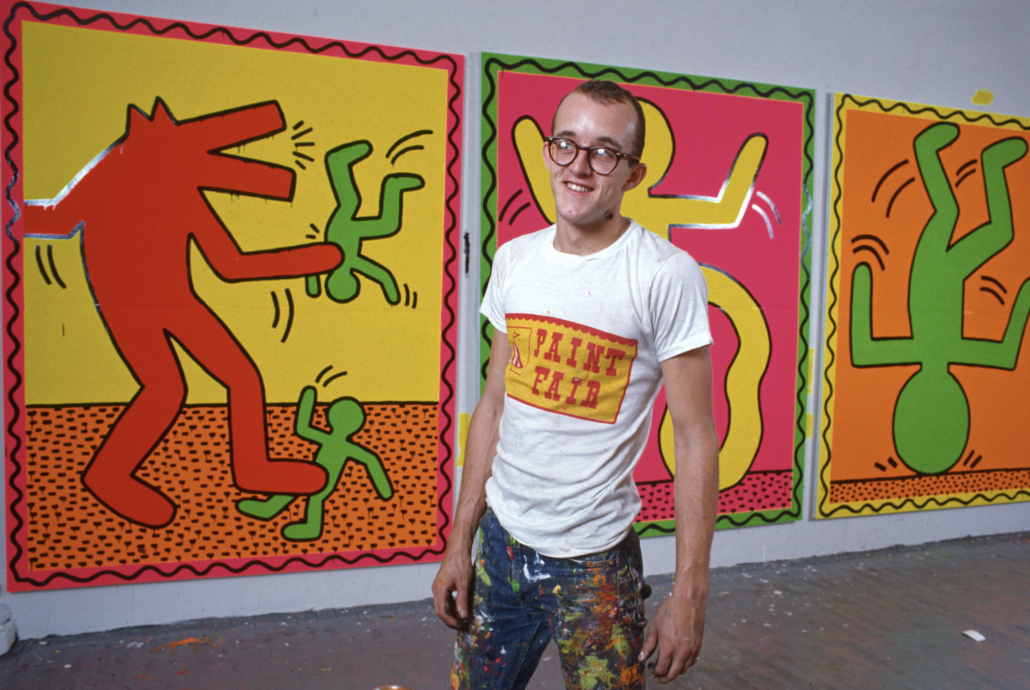 Keith Haring in his studio in 1982. Photograph ©1982 Allan Tannenbaum, provided by The Fenimore Art Museum

COOPERSTOWN, N.Y. – The Fenimore Art Museum celebrates both the icon and his iconography in Keith Haring: Radiant Vision, a premier exhibition that introduces a new generation to Haring. It opened on May 29 and will continue through September 6.

Featuring an extensive collection of lithographs, silkscreens, drawings on paper, and posters, the exhibition describes the full arc of Haring’s short but prolific career. Visitors will instantly recognize seminal images such as Radiant Baby — images that permeated American culture in the 1980s, became emblematic of the time, and are powerful examples of how Haring fought for change, using art as a platform for activism. 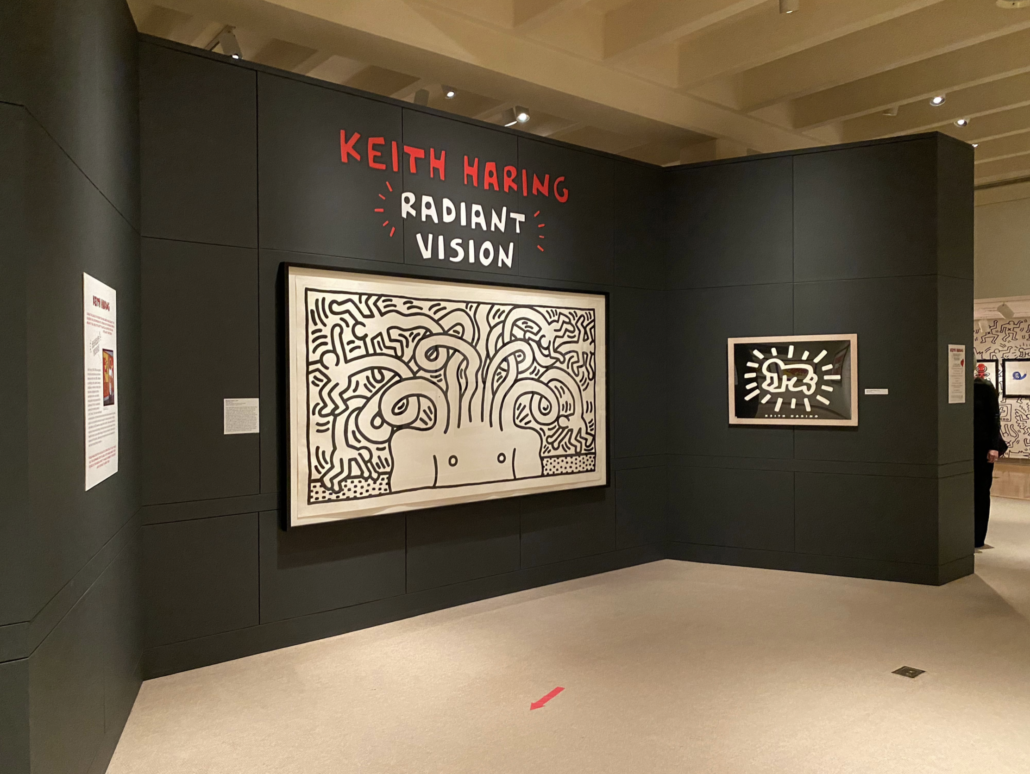 The exhibition features more than 100 works from a private collection working in tandem with the Fenimore as a tribute to this iconic artist and his dedication to social justice and the betterment of youth worldwide.

Young people ages 19 and under enjoy free admission through the run of the exhibition, made possible through a generous donation by Mr. Gary Cassinelli and Mr. Nick Preston.

Keith Haring (1958–1990) was arguably the most accomplished and prominent American artist of the 1980s. During the course of his brief ten-year career, Haring rewrote the rulebook for contemporary art, integrating the seemingly disparate arenas of New York City’s gritty downtown counterculture and uptown art aristocracy.

Despite working in a variety of mediums — including paintings, prints, posters, drawings, sculptures, and street art — Haring’s style was instantly recognizable. Bold lines, pictographic symbols, and vibrant colors abounded in every piece he made. A friend of Andy Warhol, Haring represented the apotheosis of Pop Art, unabashedly exploring the marketing potential of his “brand” through commercial partnerships, mass market products, and even his own storefront. Yet Haring’s work went beyond commercialization by reflecting the artist’s fervent activism and democratic beliefs. He spent his career making posters, public art, and charitable commissions in support of nuclear de-escalation, civil rights, child welfare, and AIDS awareness, among other vital efforts. These causes informed his murals and massive wall paintings, leading one prominent critic to liken his work to “contemporary history paintings” chronicling the major social justice issues of the late 20th century. Success offered Haring an entry pass to the world and he used it to reconnect with the public, collaborating with neighborhood kids while championing the idea that art should belong to everyone. 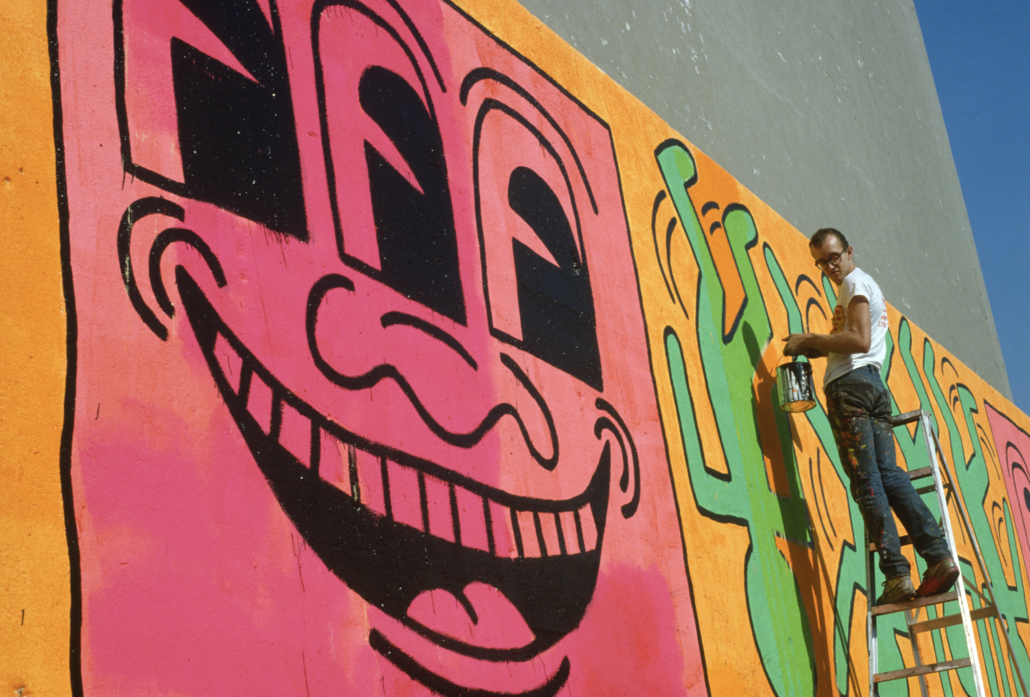 Keith Haring’s career may have been brief, but its impact cannot be underestimated. In one short decade, Haring managed to completely upend preconceptions about art, value, access, and activism. His art was the intersecting point for fashion, dance, music, and graphic design. Haring was enthralled by the counterculture energy in the graffiti, rap, and breakdancing scenes of the 1980s. His masterful cross-pollination of both worlds is a testament to the force of his captivating personality and creative vision. Haring helped consecrate new genres of art. Sold by galleries and exhibited by museums worldwide, his work sparked an academic and commercial appetite for street art, paving the way for celebrated successors such as Banksy, Swoon, and Shepard Fairey. At the same time, the Pop Shop influenced the market in reverse, restoring Haring’s now sought-after art to the public via affordable clothing and goods.

Perhaps most keenly felt, however, is Haring’s legacy as a humanitarian. A passionate advocate for social justice, he established the Keith Haring Foundation in 1989. Today, in his honor, the foundation continues to fight for child welfare and lobby for care, education, and research surrounding AIDS. As Haring accurately foretold in 1987, “I’m sure when I die, I won’t really die, because I live [on] in many people.”

Visit the website for the Fenimore Art Museum and its webpage for Keith Haring: Radiant Vision. 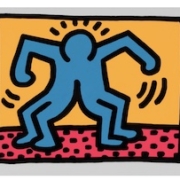 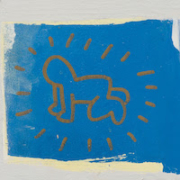 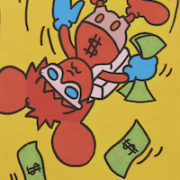 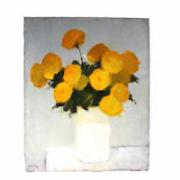 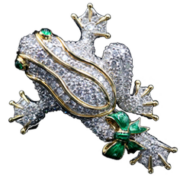