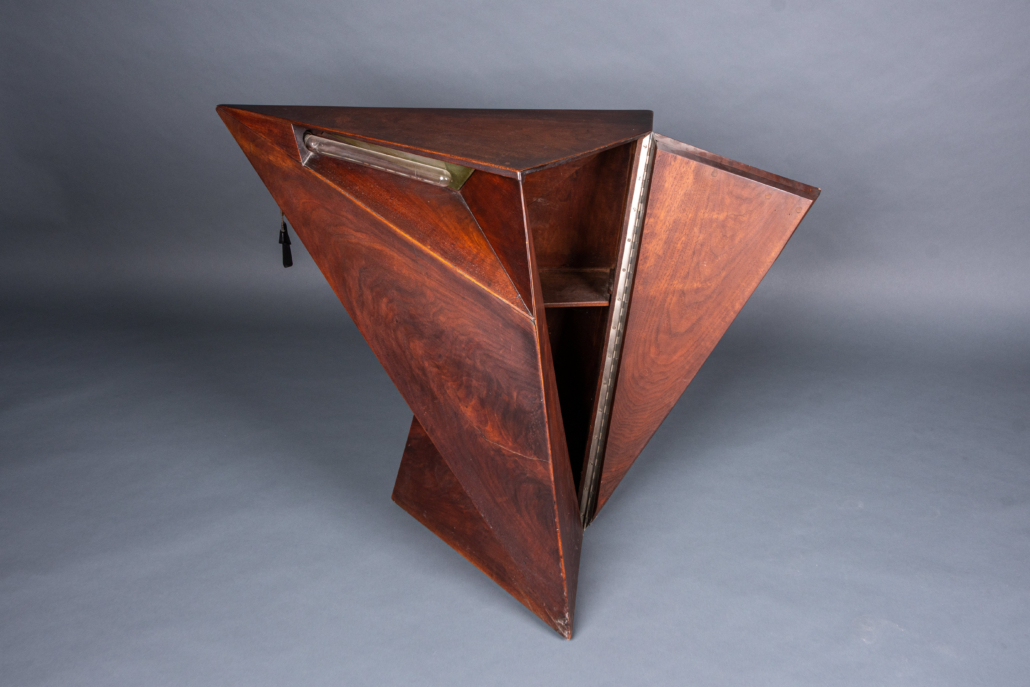 DOYLESTOWN, Pa. – The James A. Michener Art Museum is pleased to host an exhibition highlighting the influences that shaped the work of sculptor and woodworker Wharton Esherick. Daring Design: The Impact of Three Women on Wharton Esherick’s Craft opened September 10 and continues through February 6, 2022.

The exhibition explores the significant impact of three women – industrialist Helene Fischer, artist Hanna Weil, and photographer Marjorie Content – on Esherick’s career and development at a pivotal creative moment for the artist in the 1930s. Fischer and Content supported Esherick financially through commissions of his work, and all three women provided artistic inspiration and propelled the artist to conceive new ideas that pushed the boundaries between fine art and functional design. 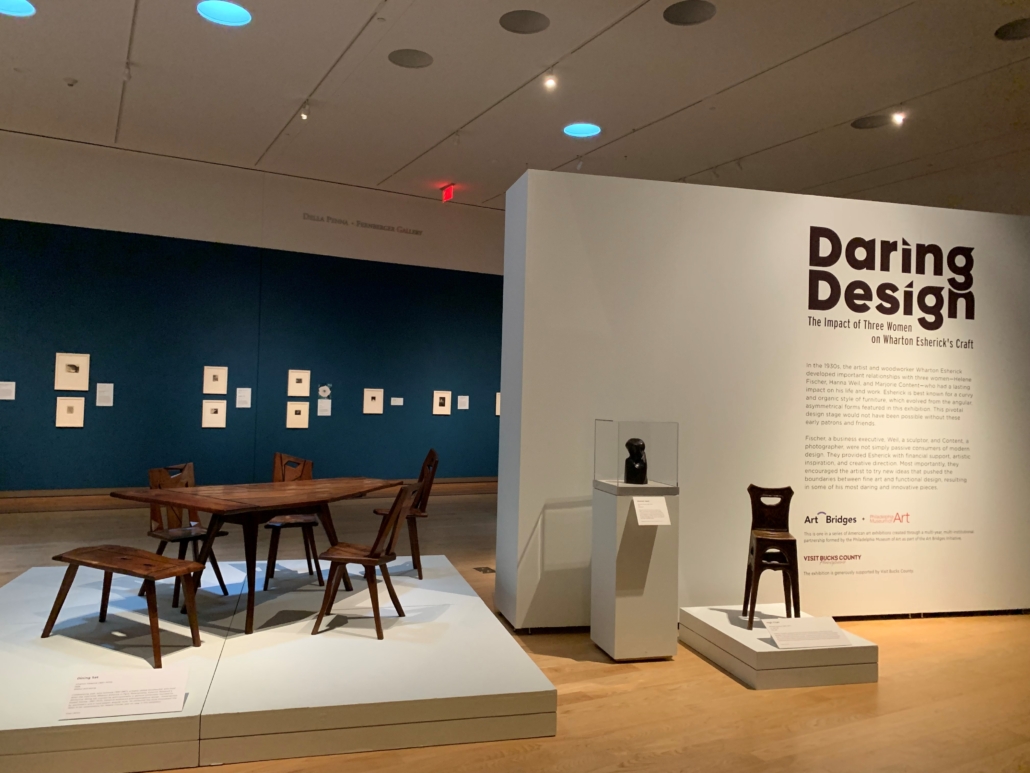 Installation view of Daring Design: The Impact of Three Women on Wharton Esherick’s Craft, on show at the James A. Michener Museum through February 6, 2022.

Featuring innovative furniture pieces designed by Esherick for Fischer, Weil and Content as well as artwork created by Weil and Content, Daring Design investigates the visual and material dialog between these artists and patrons. 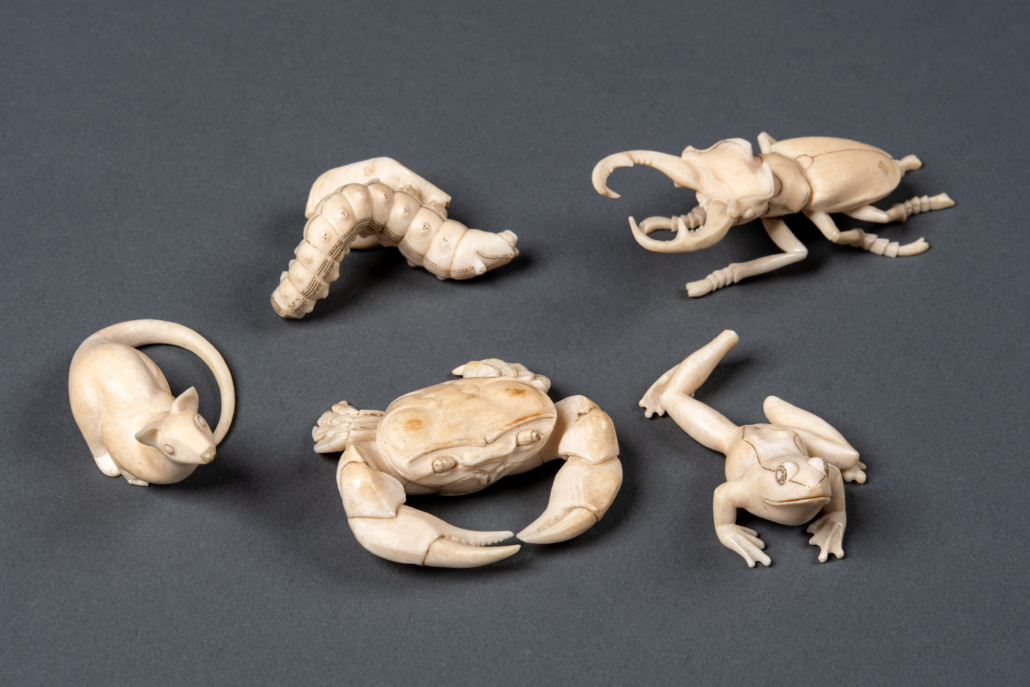 Assortment of small ivory works by Hanna Weil (1900-1985) on view in Daring Design: The Impact of Three Women on Wharton Esherick’s Craft. Most date to the late 1930s, and most are from the collection of York Fischer.

“The support and collaboration from Fischer, Weil and Content allowed Wharton Esherick to produce some of his most innovative work during the Great Depression, when many artists struggled financially, and yet the impact these women had on his art and career is not widely recognized,” said Kate Quinn, Executive Director of Michener Art Museum. “We are thrilled to bring this first-of-its-kind exhibit to the public to explore the connections between these women who so profoundly influenced Esherick’s work.” 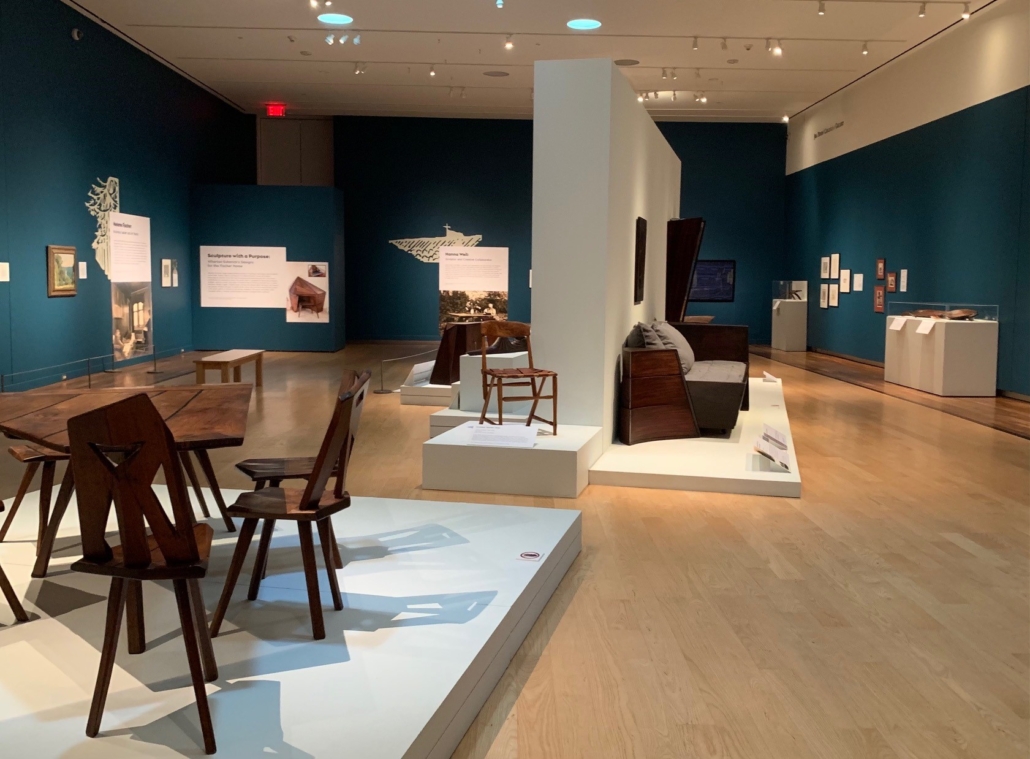 A second installation view of Daring Design: The Impact of Three Women on Wharton Esherick’s Craft.

“Wharton Esherick blurred the traditional separation between fine art and craft, adding personal expression to everything he created, whether furniture, sculpture or the architecture of his own home and studio,” said Julie Siglin, Executive Director of the Wharton Esherick Museum. “His work continues to inspire new generations of artists and woodworkers, and we are proud to collaborate with Michener Art Museum on this exhibit that investigates the inspiration he gained from his early female patrons.” 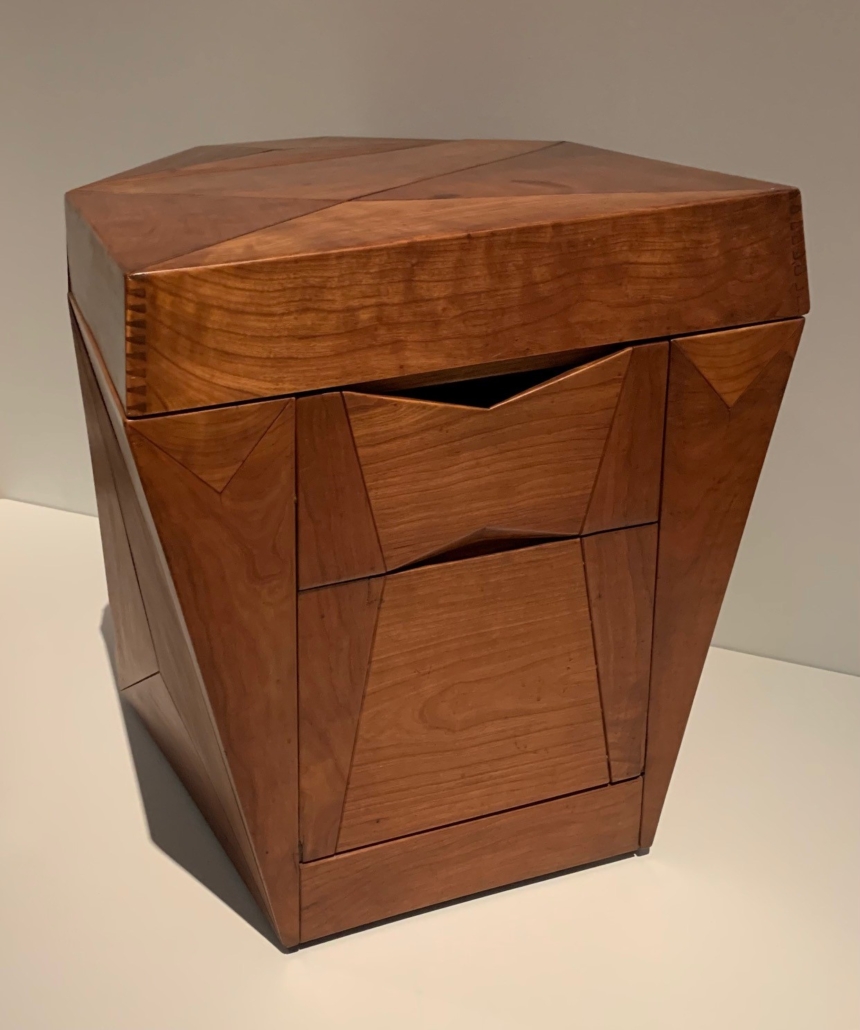 As a sculptor, Esherick worked primarily in wood and extended his unique forms to furniture, furnishings, interiors, buildings and more. Now recognized as a leader of the Studio Furniture Movement, Esherick saw himself as an artist, and his concern was with form, not technique. He pursued his artistic vision in forms that might turn to furniture or other sculptural furnishings, but that was just one aspect of his career, which was complemented by the paintings, prints, drawings, poetry, and sculpture he also created. 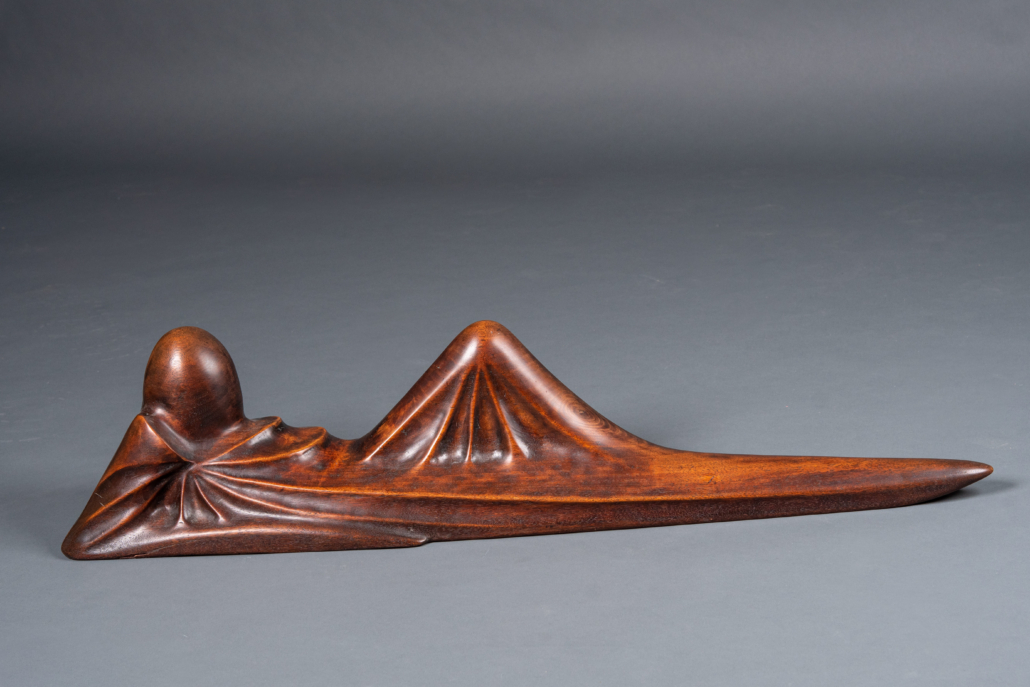 This is one in a series of American art exhibitions created through a multi-year, multi-institutional partnership formed by the Philadelphia Museum of Art as part of the Art Bridges Initiative.

Visit the website of the James A. Michener Art Museum and see its dedicated page for Daring Design: The Impact of Three Women on Wharton Esherick’s Craft.