PARIS – Opening at the Fondation Louis Vuitton on October 5 and continuing through February 27, 2023, the exhibition Monet-Mitchell creates, for the first time, a visual, artistic, sensory and poetic dialog between the works of two exceptional artists: Claude Monet (French, 1840-1926) and Joan Mitchell (American, 1925-1992). Both artists left their mark not only on their epoch but also on subsequent generations of painters.

In his last paintings, the Water Lilies series of works, Monet aimed to recreate in his studio the motifs he observed at length on the surface of his water lily pond in Giverny. Joan Mitchell, on the other hand, would explore a memory or a sense of the emotions she felt while in a particular place that was dear to her, perceptions that remained vivid beyond space and time. She would create these abstract compositions at La Tour, her studio in Vetheuil, a small French village where she moved permanently in 1968 and where Claude Monet had lived between 1878 and 1881. 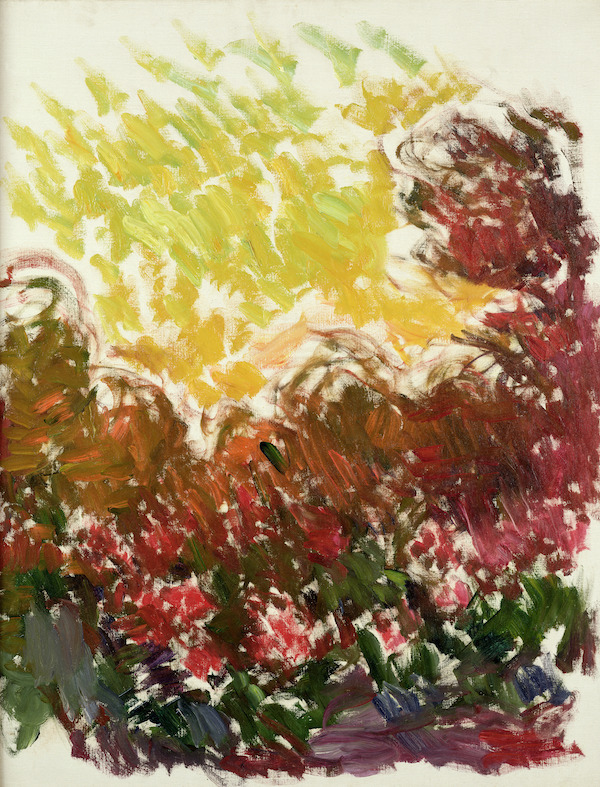 The Fondation Louis Vuitton has partnered with the Musee Marmottan Monet, which boasts the world’s largest collection of works by Claude Monet, to present Monet-Mitchell. The show will span eight galleries, from the ground floor to the upper levels. In addition, a Joan Mitchell retrospective will be on display on the lower level of the Frank Gehry building. 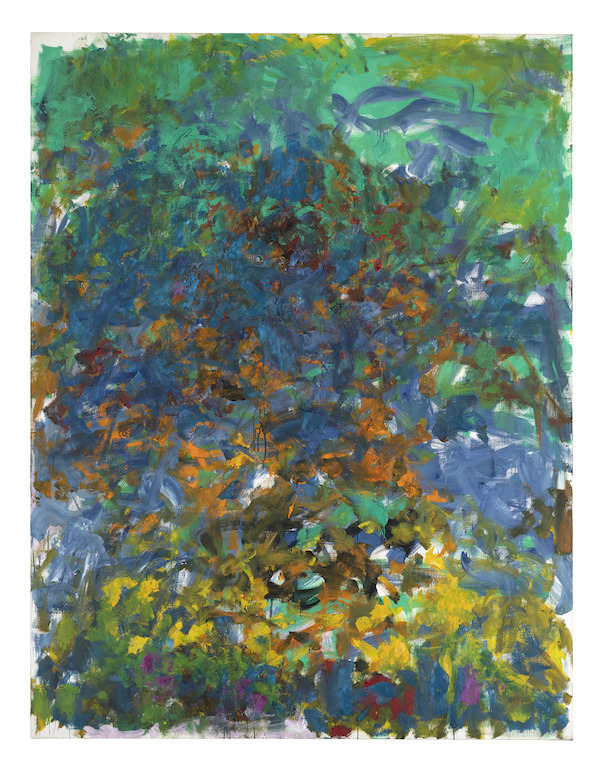 Through some 60 emblematic works by both artists, the exhibition offers the public an enchanting and immersive journey, emphasized by striking visual and thematic parallels. Some 36 works by Claude Monet, including 25 major canvases belonging to the Musee Marmottan Monet, offer an overview of the Water Lilies, characterized by large-scale works. These paintings, which are rarely presented without a frame, are presented in dialog with 24 of Joan Mitchell’s paintings. 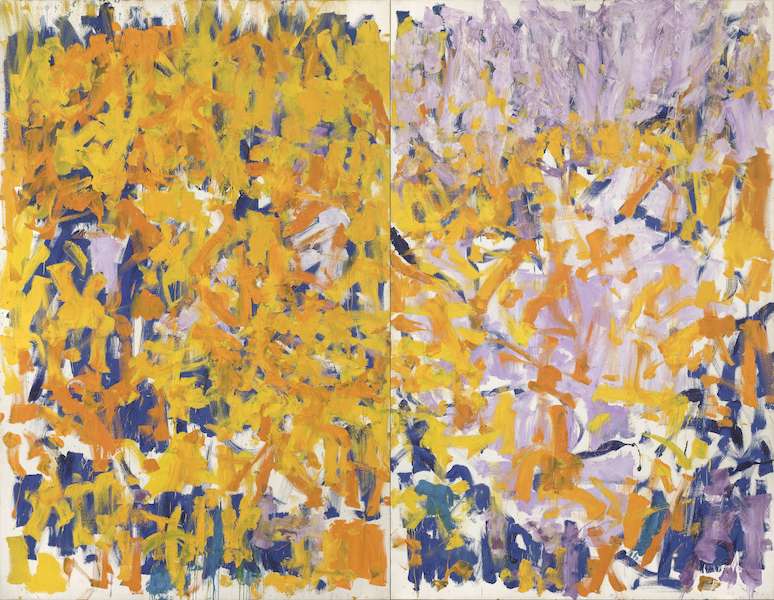 Faced with the same landscape, namely the banks of the Seine, Monet and Mitchell developed a pictorial approach that they defined in similar terms, with Monet referring to “sensation” and Mitchell to “feelings.” Inspired by the natural surroundings of the Paris Region, both artists shared an acute sensitivity to light and color, the interplay of which forms the basis of their art. Through her use of hedonistic color and vibrant light, Mitchell shared evocations of feelings and memories; Monet’s late work was marked by the abandoning of formal contours in favor of color, which he defined by capturing fleeting light. Monet and Mitchell’s gestural and energetic canvases, which depict foliage, water and the atmosphere, reflect their mutual affinity with the landscape. 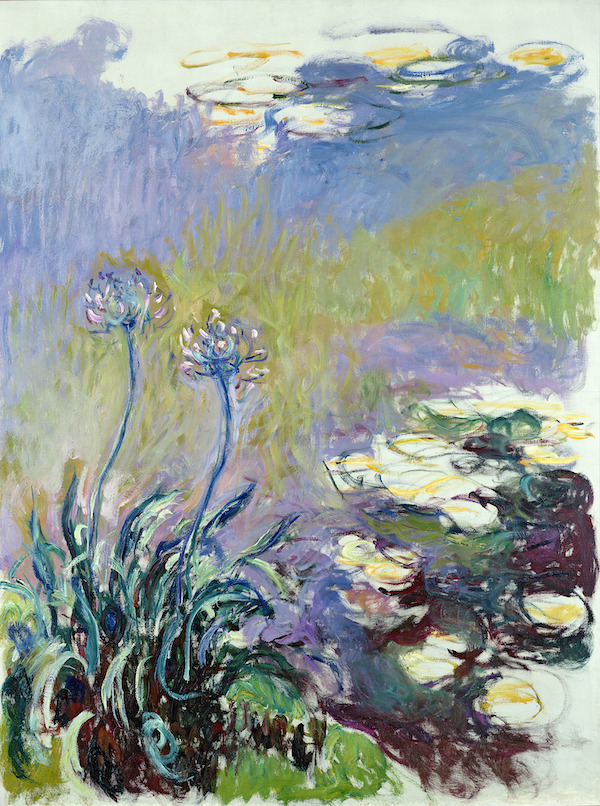 Significantly, the exhibition brings together two exceptional bodies of work: Claude Monet’s circa-1915-1926 Agapanthus Triptych, a nearly 13-meter long piece known as a “Grand Decoration.” Held in three American museums (the Cleveland Museum, the Saint Louis Art Museum and the Nelson-Atkins Museum in Kansas City, Mo.), it will be exhibited in its entirety for the first time in Paris. This triptych, on which Monet worked for nearly 10 years and which he considered to be “one of his four best series,” played a decisive role in the artist’s’ subsequent recognition in the United States.

The second exceptional body of work on view in Monet-Mitchell is Joan Mitchell’s La Grande Vallee, a selection of 10 paintings from the Grand Vallee series, dating to 1983 and 1984. Regarded as her most important series, it is characterized by an abundance of color that spreads across the canvas, creating a sense of vibrancy and elation. The Centre Pompidou’s triptych La Grande Vallee XIV (For a Little While), which has a different feel to it, provokes a feeling of infinity in which the viewer’s gaze is lost.

Visit the website of Fondation Louis Vuitton and see its dedicated page for Monet-Mitchell.

Old Masters from ‘Cranach to Canaletto’ on view in San Diego 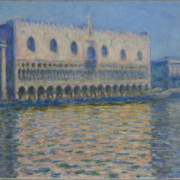 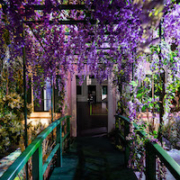 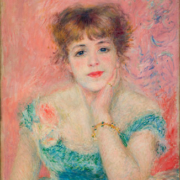 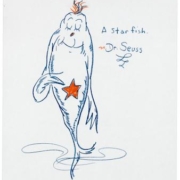 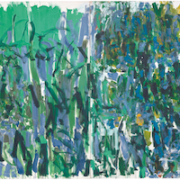 Jasper52 presents Fine Art and Prints from the UK, Sept. 6