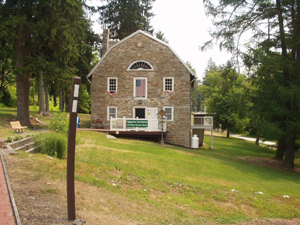 Emma “Grandma” Gatewood (1888-1973) – After raising 11 children on farms along the Ohio River and at the age of 67, the grandmother of 23 became the first woman to thru-hike the Appalachian Trail alone and in a continuous hike. That was in 1955. Two years later, she hiked the Appalachian Trail again and later completed a third hike of the trail in sections. She is known for her legendary Keds sneakers that she wore instead of hiking boots and the laundry sack that she used instead of a backpack. Many call “Grandma” Gatewood the first thru-hiker celebrity. She appeared on the Today show and numerous other programs. She inspired two distinct movements in hiking—long-distance hiking for women and the ultra-lite movement. She carried just a few items with her, each chosen carefully so they could perform multiple functions. Including food, water and equipment, she rarely carried more than 20 pounds.

David A Richie (1932-2002) – A man who neither sought nor easily accepted credit for his successes, Dave Richie “had more to do with the reality of today’s Appalachian National Scenic Trail and its management than any other single person,” in the words of David Startzell, longtime executive director of the Appalachian Trail Conservancy. Six years after Congress adopted the National Trails System Act, which designated the Appalachian Trail as the first national scenic trail, Richie successfully sought responsibility for the neglected Appalachian Trail when he accepted a new job as deputy director of the agency’s northeast regional office in Boston. Eventually, he obtained approval for a separate Appalachian Trail Project Office, to report directly to Washington. He was largely responsible for developing the “cooperative management system” used to manage the Appalachian Trail today. Born in Moorestown, N.J., Richie was a graduate of Haverford College and of George Washington University’s law school. He was also a Navy pilot and Marine captain.

In addition to the five Hall of Fame inductees, Jean Cashin was honored for her lifetime of service to the Appalachian Trail and for befriending generations of hikers. Among her many contributions, Cashin started the tradition of taking a photo of each A.T. thru-hiker who passed through Harpers Ferry.

Appalachian Trail Hall of Fame inductees are honored in the Appalachian Trail Museum, which has had approximately 20,000 visitors from throughout the United States and 18 other countries since it opened in Pine Grove Furnace State Park in June 2010. Located at the midway point of the Appalachian Trail, the museum is across from the Pine Grove General Store on Pennsylvania Route 233. The museum is open from noon to 4 p.m. daily from Memorial Day to Labor Day and on weekends from noon to 4 p.m. in the spring and fall. 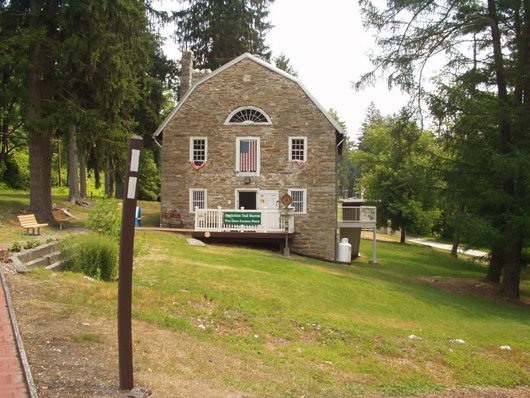