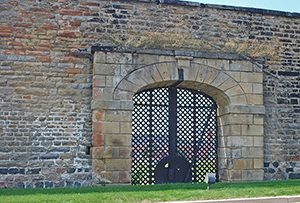 East side gate at the old Michigan State Prison in Jackson. Image by Andrew Jameson.This file is licensed under the Creative Commons Attribution-Share Alike 3.0 Unported license.

BLACKMAN TOWNSHIP, Mich. (AP) – A portion of the former Southern Michigan Correctional Facility in the Jackson area is becoming a home for history.

The Ella Sharp Museum of Art and History is partnering with the Michigan Department of Corrections to create a prison museum within the 7 Block portion of the prison that closed in 2007, the Jackson Citizen Patriot reported.

Corrections Director Dan Heyns formerly served as Jackson County sheriff and was a longtime member of the sheriff’s department before taking his current job with the prison system in 2011. He said the facility is a “rich and important part of the city of Jackson’s history.”

Heyns said in a statement that the Michigan Department of Corrections envisions “the 7 Block historical site preserved and utilized in a manner that best serves the Jackson community.” Other prison facilities are still open in the Jackson area.

The Southern Michigan Correctional Facility had operated in some capacity since the 1930s. After it closed it was used in 2009 for filming of the Robert De Niro and Edward Norton movie Stone. The 7 Block potion was including in the Jackson Journeys prison tours from 2011-13.

Ella Sharp Museum officials are seeking artifacts from former inmates, employees and anyone else affiliated with the prison to be featured as part of the museum. They want items including letters, journals, artwork and photos, as well as oral histories related to the facility.

Organizers hope to open the museum in Blackman Township by the end of June, the Ella Sharp Museum said. An admission cost hasn’t been determined. 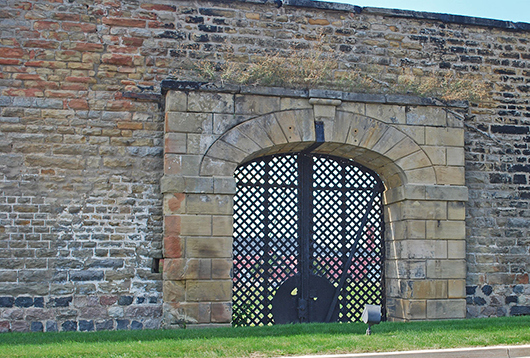 East side gate at the old Michigan State Prison in Jackson. Image by Andrew Jameson.This file is licensed under the Creative Commons Attribution-Share Alike 3.0 Unported license.