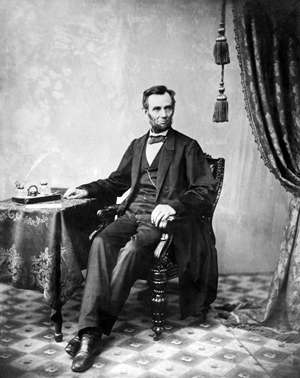 TUSCALOOSA, Ala. (AP) – The enthusiasm is clear in Daniel Stowell’s voice as he discusses two letters linked to President Abraham Lincoln in the A.S. Williams III Americana Collection at the University of Alabama.

Stowell is director and editor of the Papers of Abraham Lincoln, a project administered through the Abraham Lincoln Presidential Library and Museum in Springfield, Ill., that seeks to identify, image, transcribe, annotate and publish all documents written by or to the 16th president during his lifetime.

The correspondence, previously unknown to the project, comes from the middle years of the Civil War.

“What’s exciting about these letters is the content. These are big issues. These are really rich documents for a lot of reasons,” Stowell said.

An 1862 letter signed by the president concerns a proposal by an arms merchant to use British-made rifled muskets captured on Confederate blockade runners to arm troops from Illinois. An 1863 letter is part of correspondence between Lincoln and a former secretary of war about a series of treason cases against Baltimore officials and the men’s counterclaims against the secretary alleging false imprisonment.

Stowell said the group became interested in the documents after reading an account listing a Lincoln letter among the treasures of the Williams’ collection.

A friend who assisted Williams in gathering his collection of more than 30,000 artifacts wrote a book about the collection, Williams collection curator Nancy Dupree said. The Lincoln Papers sent a researcher to review the documents after discovering it did not have copies in its database.

The earliest of the two letters was an endorsement by Lincoln on a July, 30, 1862, letter from a New York firearms dealer to a U.S. general who was trying to find rifles to arm Illinois soldiers. The firearms dealer suggested Lincoln order the courts to turn over several thousand Enfield rifled muskets taken from captured Confederate blockade runners to the Army to arm the soldiers. Lincoln endorsed the plan with the consent of the secretary of war.

The president was faced with questions of international relations, maritime law, supply woes and supporting the authority of his own Cabinet.

“It’s an interesting letter in that it brings in so many aspects of the Civil War,” Stowell said.

The latter is a two-page letter in November 1863 from Lincoln to his former Secretary of War Simon Cameron regarding the lawsuit by Baltimore police commissioners who were suing Cameron over claims of false imprisonment.

The president’s reply comes weeks before his Gettysburg Address and on the heels of violent draft riots in New York during the summer.

“War weariness is still very much at play,” Stowell said of public attitudes toward the war in the North.

The War Department had ordered the arrest of Baltimore’s mayor, police marshal and police commissioners, along with several state legislators and newspapermen in 1861. The men were released without trial in November 1862, and the cases were eventually dismissed.

Cameron sent the president a letter and telegram, hoping Lincoln would support going forward with the treason trials of the men as a signal of the federal government’s determination to suppress disloyalty, which would also bolster Cameron’s position in the lawsuit. The papers already have Cameron’s letter to the president requesting support.

Lincoln instructed Cameron to confer with an attorney sent by the president to Baltimore to investigate the situation.

The letter offers a glimpse of the president as a resourceful politician and attorney, according to Stowell, as he negotiates the fine line of wanting to suppress treason but not dissent.

“The letter really gives us another piece of the story that is not well known,” Stowell said.

The project’s goal is to pull the pieces of Lincoln’s papers together for a more complete picture. It has approximately 96,000 documents in its growing database and hopes to make them available online, Stowell said.

Stowell said the project finds new documents related to Lincoln weekly, though documents written directly by the 16th president are less frequent. Documents as historically significant as the letters in the Williams collection are even more rare.

The project explores the National Archives and other public repositories as well as some private collections and brokers. While the project’s team of researchers has done a good job of reviewing documents in public repositories, predictably, it has had less access to privately held information, Stowell said.

The director estimated there are probably at least 4,000 to 5,000 documents in private collections, of which the project has been able to review a couple of hundred.

Most collectors simply are unaware the project would be interested in the documents, Stowell said.

Lincoln likely signed or wrote thousands of documents, from military commissions, to civil appointments, legislation and personal and professional correspondence, according to Stowell.

“What I am constantly amazed by is the number of different things that Lincoln had to consider on a daily basis,” Stowell said.

Williams, a Birmingham businessman and UA alumnus, donated the collection to the university in 2010.

“He was very interested in presidential history,” DuPree said.

Williams collected autographs and other presidential materials. Dupree believes he bought the letters from a dealer.

The Lincoln letters are not currently on display with other items from the Williams collection on the third floor of the Gorgas Library. While there is some consideration of displaying them in the future, the library has yet to make a decision, DuPree said.

Information from: The Tuscaloosa News, hhttp://www.tuscaloosanews.com 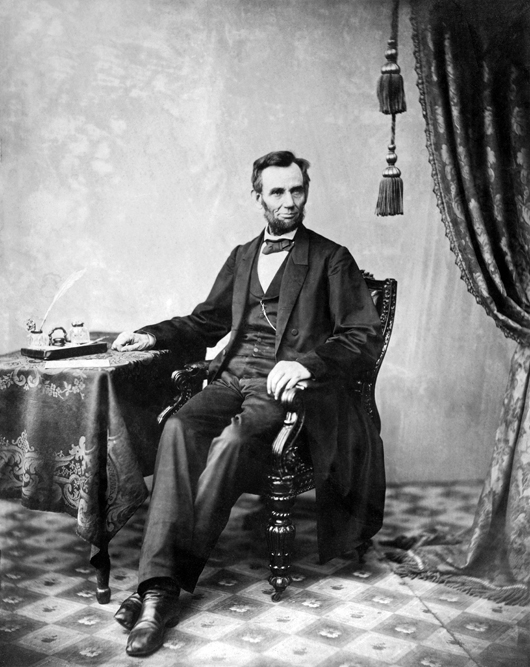