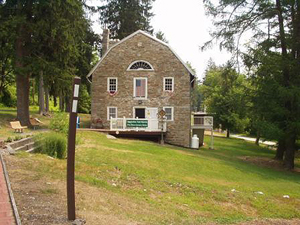 “The Appalachian Trail Hall of Fame has been a wonderful addition because it honors the men and women who made the trail what it is today – one of the most widely hiked trails in the world,” said Larry Luxenberg, museum founder and president of the Appalachian Trail Museum Society. “Through the Hall of Fame, we learn the stories of the trail, from when it was conceived by Benton MacKaye to when it was first blazed by Myron Avery to when it was thru hiked by such pioneers as Earl Shaffer, ‘Grandma’ Gatewood and Gene Espy.”

The Appalachian Trail Hall of Fame now has 11 members, including McKaye, Avery, Shaffer, Gatewood and Espy. Other hall of famers are Ed Garvey, Arthur Perkins, David Richie, Frank Schairer, Jean Stephenson and Maj. William Adams Welch. Another class of members will be inducted on Friday, June 7, at the Appalachian Trail Hall of Fame Banquet at the Allenberry Resort in Boiling Springs, Pa.

The museum will be open during the 2013 season on:

During the 2013 season, plans also are in the works to relocate the historic Dean’s Gap Shelter from Blue Mountain, Pa., to the museum, update the existing Earl Shaffer Shelter display and open a 30th anniversary exhibit on hikers who thru-hiked the Appalachian Trail in 1983. Other exhibits under consideration are one on the Appalachian Trail and the Civil War and one on historic trail saws.

More than 7,000 visitors experienced the Appalachian Trail Museum during the 2012 season. Luxenberg said since opening in 2010 the museum has had more than 23,000 visitors from across the United States and many other countries.

Luxenberg said volunteers are being sought for all aspects of museum operations from greeters and docents to maintenance and landscaping crews to program and hike leaders. Museum manager Howard Davis is accepting inquiries at atmuseumgreeters@gmail.com A seminar for volunteers will be held on March 30, from 9 a.m. to 11:30 a.m. at the Ironmasters Mansion in Pine Grove Furnace State Park.

The seminar will include Appalachian Trail history and firsthand experiences of Appalachian Trail thru-hikers and section hikers. There also will be updates on the soon-to-begin expansion of the museum including the amphitheater walkway; the multipurpose upper level deck ramp, a lower level children’s areas and upper level enhancements.

Located in a 200-year-old, restored grist mill in historic Pine Grove Furnace State Park and at the midway point of the 2,184-mile-long Appalachian Trail, the museum is across from the Pine Grove General Store on scenic Pennsylvania Route 233 in Cumberland County. 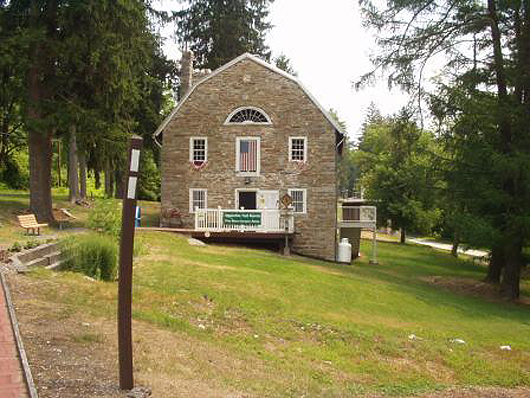 Man gets life sentence in death of Mich. antiques dealer