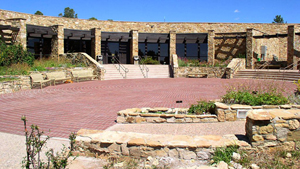 The Anasazi Heritage Center in Dolores, Colo. Image by McGhiever. This file is licensed under the Creative Commons Attribution-Share Alike 3.0 Unported license.

With upward of 30,000 archaeological sites across a 173,000-acre expanse, the Canyons of the Ancients National Monument attracts about 50,000 visitors annually. Its headquarters, the Anasazi Heritage Center, is a world-class museum, despite operating on a shoestring budget.

“It’s unbelievable how little funding places like this receive,” said program director Diane McBride. “People tend to think that the government is taking care of things and everything is going to be fine, but that’s just the bare bones.”

The Anasazi Heritage Center is celebrating its 25th birthday. It opened in 1988 as a repository for artifacts recovered during construction of McPhee Reservoir. It continues to receive and catalog artifacts from legal excavations on public lands in Southwest Colorado, and the collection presently numbers more than 3.5 million objects.

For the Canyons of the Ancients National Monument and its Anasazi Heritage Center to exist and thrive, McBride said, outside support is essential. One recent $1,000 donation from Empire Electric Association will help enable schoolchildren to visit the center.

The Southwest Colorado Canyons Alliance is dedicated solely to helping fund the center and the monument. Earlier this summer, the alliance received a larger $20,000 grant from the Conservation Lands Foundation, which helps fund volunteer curating efforts at the Anasazi Heritage Center.

Less than a fifth of the more than 3.5 million archaeological items contained at the Anasazi Heritage Center have been cataloged. Volunteers, who must undergo extensive training and background checks, are needed to help dig through the majority of the collection to properly identify the remaining specimens.

“If it’s not catalogued, then it just becomes stuff,” McBride said. “If it’s cataloged, then archaeologists and other scientists can come in to research the items.”

Archaeology is moving away from field excavations, and instead shifting toward existing collections. McBride said shining brighter light on established collections with new research questions could reveal new information.

“Not a lot of information is needed from new archaeological items,” McBride said. “What we need is more information from older collections.”

Dozens of researchers from across the globe trek to the Anasazi Heritage Center annually to examine, for example, whether various prehistoric ceramic mugs were used for ceremonial or everyday uses. One fresh face recently studying ancient pottery from Sand Canyon is a graduate student from St. Cloud State University in Minnesota.

“I’m looking for teaching and learning traditions by studying how the pots were executed,” said Jonathon Schwartz, a self-proclaimed history buff.

By examining a list of previously researched traits, Schwartz is hoping to discover more about the skill and cognitive ability of ancient painters for his master’s thesis.

“Places like the Anasazi Heritage Center allow people to ask questions about the past and connect to the past,” he said.

While the jury is still out on why ancient civilizations migrated out of the area around the 12th century, McBride believes additional research on those historic cultures could potentially reveal clues that could help to sustain future generations in the Four Corners.

“There are lessons we could learn on how to care for this precious and precarious region,” she said.

Declared a national monument in 2000, Canyons of the Ancients contains the largest concentration of archaeological sites in the United States, representing ancestral Puebloan and other Native American cultures.

Cultural sites on the monument grounds include sweat lodges, kivas, shrines and petroglyphs. Reservoirs with stone and earthen dams, including spillways and numerous check dams, also dot the landscape, and stone towers, which may have been sentry posts or astronomical observatories, are found scattered throughout.

“Locals could take a family vacation right here in their own back yard,” McBride said. “The Four Corners is the center of the universe.” 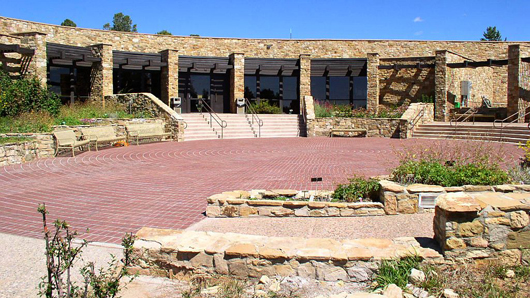 The Anasazi Heritage Center in Dolores, Colo. Image by McGhiever. This file is licensed under the Creative Commons Attribution-Share Alike 3.0 Unported license. 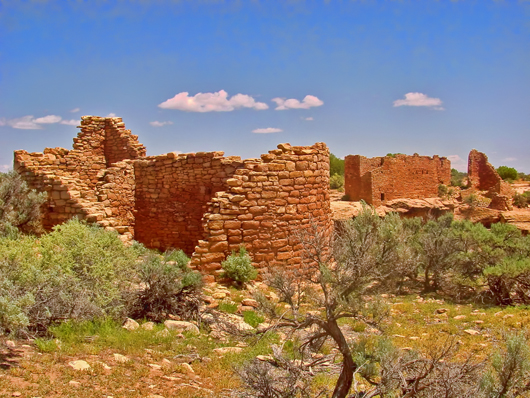