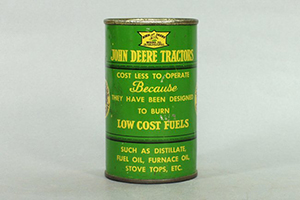 John Deere advertising bank in the shape of an oil can. Image courtesy of LiveAuctioneers.com archive and BP Auctions.

WATERLOO, Iowa (AP) – The John Deere Tractor & Engine Museum is opening in Waterloo, offering a glimpse at the company and how it’s become ingrained in the community.

Waterloo is home to John Deere’s largest manufacturing complex. The city’s partnership with the company is a theme of the museum, featuring stories about key people who guided John Deere in its early years in Waterloo.

Museum curator Joshua Waddle tells the Waterloo-Cedar Falls Courier that some might not know that the manufacturer’s arrival caused concern among many Waterloo residents in 1918.

He says that’s because another company, Waterloo Gasoline Traction Engine Co., had employed about 1,000 of the city’s 35,000 residents. Many worried another competitor would cause them to lose their jobs.

One room in the museum is dedicated to John Deere vendors, such as Pulaski, Indiana-based J.P. Pulaski Co., which has been selling the company’s products for 120 years. Visitors also can learn about Henry Dreyfuss, who designed some of the tractors.

Brand standards manager Chris Boyens has been involved with the museum project since 2007 and said visitors will find the work that went into it was worth it.

“They might be expecting a display floor, but in reality, they’re getting a museum,” he said. 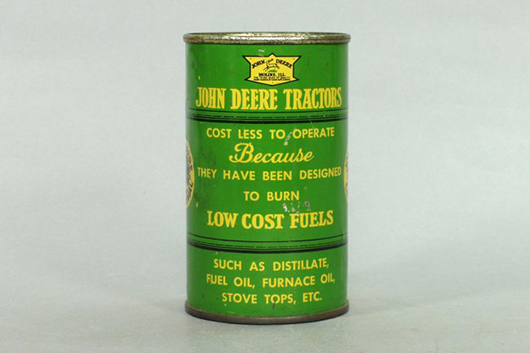 John Deere advertising bank in the shape of an oil can. Image courtesy of LiveAuctioneers.com archive and BP Auctions.

Iowa museum to depict what vets experienced while in Vietnam