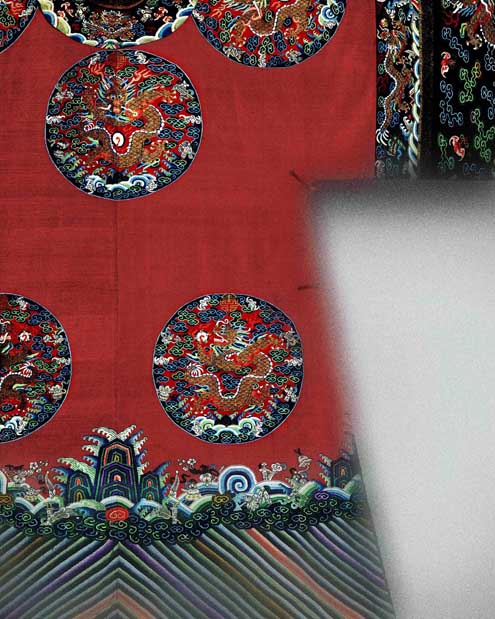 NEW YORK – “China: Through the Looking Glass” at the Metropolitan Museum of Art has been extended by three weeks through Labor Day, Sept. 7. The exhibition, organized by the Costume Institute in collaboration with the Department of Asian Art, opened to the public on May 7, and has drawn more than 350,000 visitors in its first eight weeks.
Encompassing approximately 30,000 square feet in 16 separate galleries in the Museum’s Chinese and Egyptian Galleries and Anna Wintour Costume Center, it is the Costume Institute’s largest special exhibition ever, and also one of the Museum’s largest. With gallery space three times the size of a typical Costume Institute major spring show, “China” has accommodated large numbers of visitors without lines.

“This exhibition is one of the most ambitious ever mounted by the Met, and I want as many people as possible to be able see it,” said Thomas P. Campbell, Director and CEO of the Met. “It is a show that represents an extraordinary collaboration across the museum, resulting in a fantastic exploration of China’s impact on creativity over centuries.

To date, the exhibition’s attendance is pacing close to that of “Alexander McQueen: Savage Beauty” (2011), which was the most visited Costume Institute exhibition ever, as well as the Met’s eighth most popular.

The exhibition explores the impact of Chinese aesthetics on Western fashion and how China has fueled the fashionable imagination for centuries. High fashion is juxtaposed with Chinese costumes, paintings, porcelains and other art, including films, to reveal enchanting reflections of Chinese imagery.