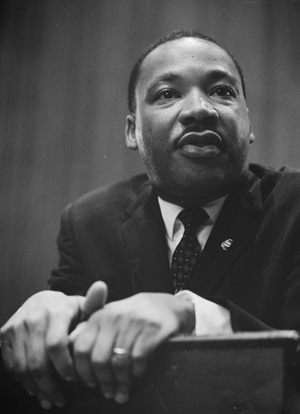 Martin Luther King, in a 1964 photo, was born in Atlanta, where the news civil rights museum will be build. Image courtesy Wikimedia Commons.

ATLANTA (AP) – The birthplace of Martin Luther King will become the next Southern capital to have a museum dedicated to the legacy of the civil rights era, as city officials, corporate donors, foot soldiers from the movement and project organizers gathered Wednesday for a groundbreaking ceremony.

The Center for Civil and Human Rights is expected to open in mid-2014 in Atlanta, ahead of similar projects planned in Washington and Mississippi. Supporters say the center will be a home for both legacy and leadership that will be part of the ongoing struggle for justice and equality around the world.

“It will be a resource for education, information and transformation,” said chief executive officer Doug Shipman. “It will guide the discussion for civil rights today.”

The center is expected to be a major tourist draw and is located downtown between two of the city’s most popular attractions, the Georgia Aquarium and the World of Coca-Cola. The project, first conceived more than six years ago, has stalled because of stagnant fundraising during the recent economic downturn. It is expected to cost around $100 million and create $50 million in annual revenue, drawing about 400,000 visitors each year.

Organizers say it will also serve as a hub for speakers and artists who work on issues of human rights, expanding its focus beyond the 20th-century battle to end discrimination in America.

Cities including Memphis, Tenn., Greensboro, S.C., and Birmingham, Ala.—all sites that played major roles in the civil rights movement—currently have museums dedicated to the area. While the fight to end segregation was not waged in Atlanta, Mayor Kasim Reed said it is fitting to have such a center in the city where kind was born.

King’s legacy also factors prominently into the center’s plan, and was one of the catalysts for its creation. In 2006, then-Mayor Shirley Franklin led the successful effort to purchase the $32 million trove of books, documents and other articles belonging King that were scheduled for auction.

The Morehouse College Martin Luther King Jr. Collection, along with the award-winning “Without Sanctuary” lynching exhibit, will be centerpieces of the facility. 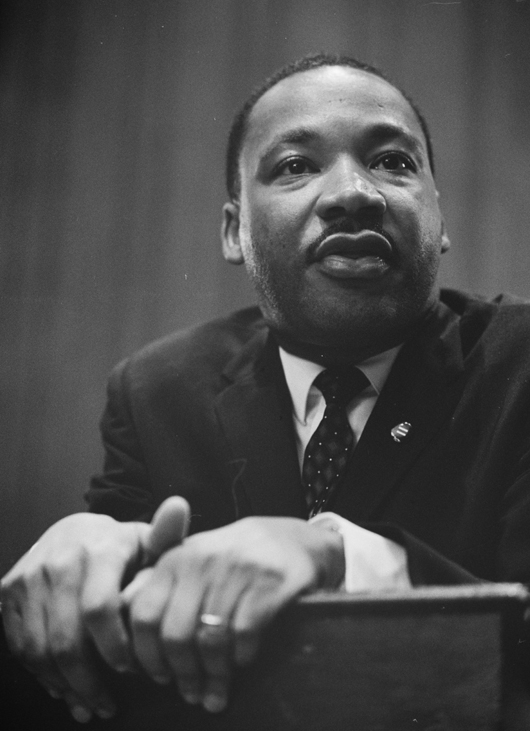 Martin Luther King, in a 1964 photo, was born in Atlanta, where the news civil rights museum will be build. Image courtesy Wikimedia Commons.