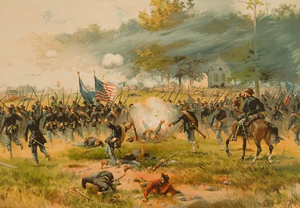 A Louis Prang and Co. chromolithograph depicts the charge of Iron Brigade near the Dunker Church during the Battle of Antietam. Image courtesy of Wikimedia Commons.

WASHINGTON (AP) – An 1862 letter to President Abraham Lincoln from three military surgeons requesting a chaplain to tend to the wounded and dying soldiers after the Battle of Antietam, accompanied by the president’s signed response, were returned to the National Archives on Thursday.

Bill Panagopulos, president of Alexander Historical Auctions, in Stamford, Conn., helped negotiate the return and handed the documents over to David Ferriero, archivist of the United States, at a ceremony at the National Archives.

Investigators watch carefully for records that should be held at the Archives, Ferriero said. “But we also benefit from dealers who recognize what they have,” he added.

Officials believe the documents came from the file of the Rev. Henry Edwards, who served as chaplain at a military hospital in Hagerstown, Md. Citations in red on the letters list a file number that matches the file held at the National Archives building in Washington. But authorities say it’s not clear exactly how or when the documents were removed and the circumstances involved.

The surgeons’ Nov. 6, 1862, letter asks Lincoln to appoint a chaplain for hospitals treating the wounded from the battle and the cover sheet of Edwards’ military file includes Lincoln’s Nov. 12, 1862, signed endorsement of the appointment.

Investigative archivist Mitchell Yockelson spotted the letters in a New York dealer’s catalog of rare items in 2009. The documents may have been taken while still in the custody of the War Department before they ever became part of the Archives’ collection of billions of documents, officials said.

Panagopulos had received the documents, which he believes had a market value of about $15,000, on consignment from a Rhode Island family and sold them to the New York dealer. He refunded the dealer and the family refunded Panagopulos. He does not believe the family had anything to do with the documents’ disappearance from the file.

Antietam was the bloodiest one-day battle in American history, leaving an estimated 23,000 soldiers killed, wounded or missing during about 12 hours of fierce fighting on Sept. 17, 1862. The battle in Maryland ended the first invasion of the North by Confederate Gen. Robert E. Lee and the retreat gave Lincoln the opportunity to issue the preliminary Emancipation Proclamation.

The surgeons’ letter, coming in the weeks after the battle, shines a light on the conditions that the wounded soldiers faced and the endorsement days later in Lincoln’s hand is unusually long, Panagopulos said.

“I started in this business as a Civil War collector,” he said. “This document, for me, it’s a real pleasure to bring it back.”

The Archives houses the original Emancipation Proclamation, Declaration of Independence, U.S. Constitution, and Bill of Rights at its headquarters on the National Mall, but it keeps billions of documents at dozens of facilities around the country, including presidential libraries. 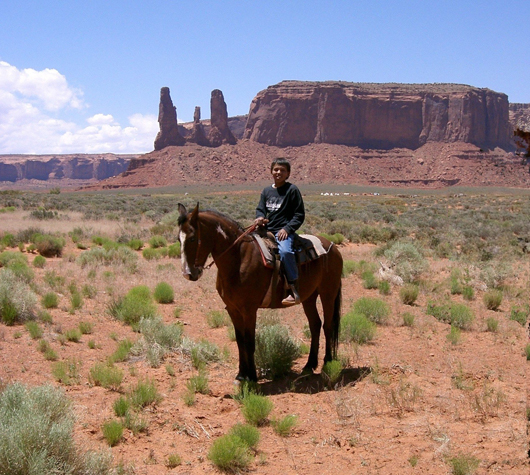 A Louis Prang and Co. chromolithograph depicts the charge of Iron Brigade near the Dunker Church during the Battle of Antietam. Image courtesy of Wikimedia Commons.

Inspiration for Memphis Belle to be memorialized
Scroll to top