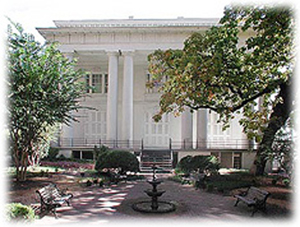 RICHMOND, Va. (AP) – One museum has among its vast Confederate-centric collection Thomas “Stonewall” Jackson’s sword and the flag that flew at Robert E. Lee’s headquarters. The other museum strives to tell the story of the American Civil War through the eyes of Northerners and Southerners, freed and enslaved blacks, soldiers and civilians.

Now the Museum of the Confederacy and the American Civil War Center are joining forces to build a $30 million museum in Richmond with the goal of creating the top Civil War museum in the nation 150 years after the deadliest conflict fought on U.S. soil from 1861-65 between the Northern states and the secessionist, pro-slavery Southern states.

The marriage of museums, announced to The Associated Press, will meld the collection of Confederate battle flags, uniforms, weapons and other historic relics with a narrative-based museum that uses bold, interactive exhibits and living history events to relate its 360-degree telling of the war.

What some might view as an unlikely partnership “makes so much sense” to Christy Coleman, president of the American Civil War Center, which opened in 2000 at a site where the new museum will rise.

“That’s part of the point,” Coleman said in an interview with The Associated Press. “They have an incredible collection that is absolutely Confederate strong, but there are a lot of artifacts that have not been able to be fully explored or used to relate to the African-American experience or immigrants or the role of Jews.”

Coleman said the Confederacy museum’s collection will complement her museum’s mission of looking at the social and political stories of the Civil War.

“The combination of that is what makes this so exciting to us,” she said.

In a joint announcement, the museums said the new historic attraction in the former capital of the secessionist Confederacy has yet to be named, but $20 million has been committed to its construction. Ground will be broken in 2014, with an expected opening the following year.

The new museum will be located along the James River, at the Tredegar Ironworks, where much of the South’s cannons were forged during the war. It’s also the home of the Civil War Center. The museums said bringing together both institutions will “further establish Richmond as the foremost Civil War destination in the United States.”

Richmond continues to draw from its past to bring tourists to the city. Efforts include the creation of a Slave Trail tracing the city’s past as a lucrative center in the commerce of enslaved people to a more contemporary narrative offering tours that highlight the Thomas Jefferson-designed Capitol and other central Virginia locations used in Steven Spielberg’s film Lincoln.

At the new attraction, Coleman will share the title of CEO with Waite Rawls, president of the Confederacy museum. It dates to 1890 and traces the origins of much of its collections to the men who fought for the South and their descendants, in particular Lee and other Southern military leaders. The museums have collaborated in the past, Rawls said the merger is “a natural evolution of that relationship.”

The Museum of the Confederacy claims the world’s largest and most comprehensive collection of Confederate artifacts: thousands of carefully preserved battle flags, dolls used to smuggle medicine to troops, Jackson’s sword. Only a fraction of the collection is on display at the museum’s downtown Richmond site, next to the former White House of the Confederacy.

While the Civil War Sesquicentennial has drawn visitors to the museum, overall it has seen a sharp decline in attendance through the years as the Virginia Commonwealth University Medical Center and related facilities have grown around it, enveloping both buildings. Finding the museum can be a challenge even for city residents.

The James River location for the new attraction, a little more than one mile from Museum of the Confederacy, offers a more expansive and accessible site. It’s also home to the National Park Service’s Richmond Visitor Center, and already is a popular destination for Civil War buffs. Concerts and other events also draw city-dwellers and tourists to the grassy grounds along the river.

“The ability to attract a much bigger audience and really stake the claim that Richmond is the premier museum experience for the Civil War—this is a tremendous opportunity for us,” Rawls said.

Rawls agreed with Coleman that the combined museums will build on each other’s mission.

“Their strength is their site at the Ironworks and their access to the river and their room for living history,” he said. “Ours is our collection.”

The new museum, he said, “will define how visitors experience the dramatic story of the Civil War and will communicate the powerful and untold stories that provide transcendent meaning for this event, which shaped our country’s history.”

Coleman could barely contain her enthusiasm as she offered a sneak peak at some of the future exhibits at the yet-unnamed museum, including a look at the extraordinary growth of Richmond as the Confederate capital.

“The idea is to create experiences for our guests that are really different so they can understand the conflict more deeply,” she said. “It’s really exciting.” 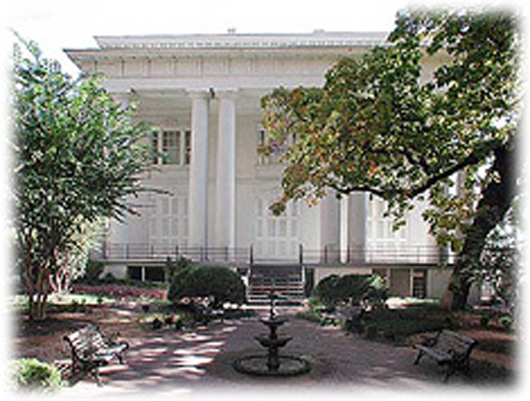