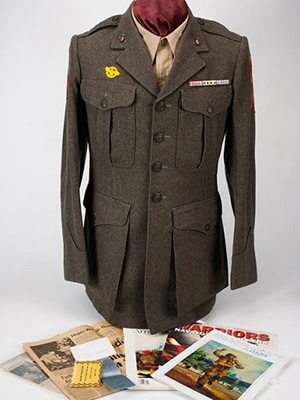 SOLANA BEACH, Calif. (PRWEB) – A Navajo Code Talker’s uniform that had been locked away in a storage unit has been presented to the tribal museum in Window Rock, Ariz., where it will be displayed.

The uniform had been in storage for years. It was seemingly forgotten when a storage locker bill went unpaid and the contents were sold. The uniform was consigned to Gottlieb’s online antique auction earlier this year. When the Kirk family discovered the whereabouts of the uniform his daughter contacted Gottlieb, who immediately pulled it from the sale. Gottlieb subsequently purchased the uniform from the consignor in a private sale, and made arrangements to donate it to the Navajo Nation.

“When I heard the story of how this uniform was lost, I knew I had to get it back where it belonged,” said Gottlieb. “I knew the uniform was important to the family, but I had no idea it was such a national treasure for the Navajo.”

The story of the Navajo Code Talkers is one that has been told in movies and TV shows, but few objects of historical value that can be directly linked to those brave soldiers have survived.

During World War II hundreds Navajo served in the United States Marine Corp in front-line combat in the Pacific. Their primary job was the transmission of secret tactical messages using codes based upon their native language. The Japanese never broke the code, which contributed greatly to victory in the Pacific. Even after the end of the war the existence of the Navajo Code Talker program was kept a secret, and the Code Talkers received no recognition until the declassification of the operation in 1968.

Craig Gottlieb has been a regular on History’s Pawn Stars, and is the author of several books on antiques and collectibles. A former U.S. Marine, Gottlieb has traveled the world in search of famous military artifacts. He is renowned for uncovering uniforms belonging to Saddam Hussein, Adolf Hitler and other villainous historical figures.

“This uniform is different, and I’m proud to play a small part in its return,” he said. 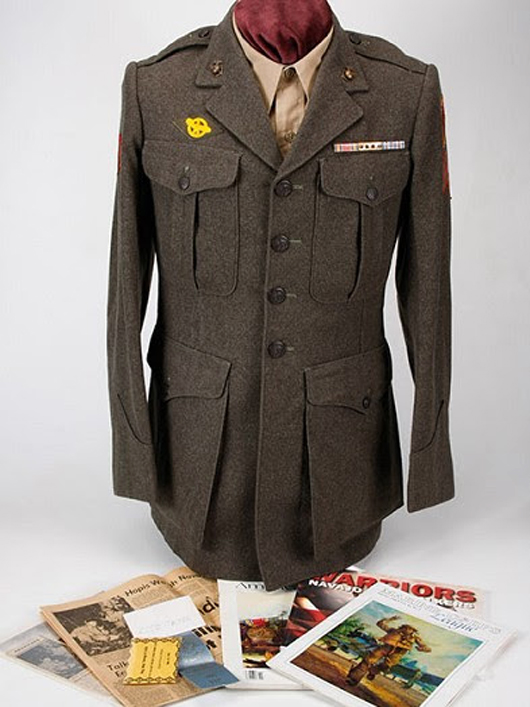 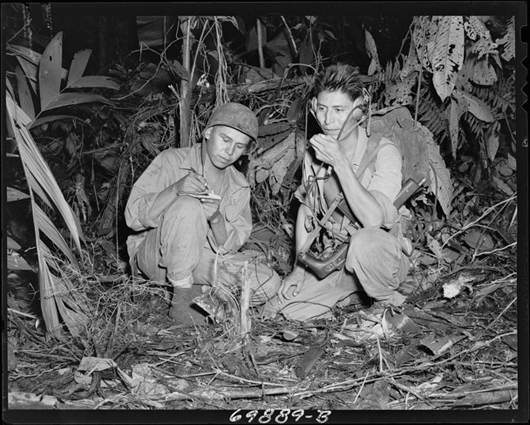 Making Navajo pottery a way of life for Rose Williams