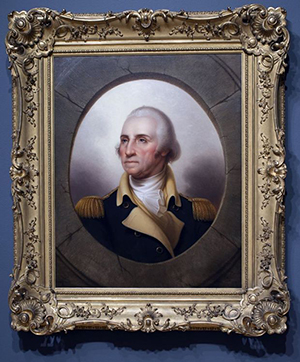 One of the paintings donated was a Rembrandt Peale (American, 1778- 1860) portrait of George Washington, c. 1845; oil on canvas; Saint Louis Art Museum, Bequest of Edith J. and C.C. Johnson Spink

ST. LOUIS (AP) – The estate of a former publisher and his wife, the longtime mayor of Ladue, Mo., is donating more than 200 works of art to the St. Louis Art Museum.

Their collection, which includes some paintings by Norman Rockwell, has a potential value of at least $50 million, the St. Louis Post-Dispatch reported. The works by Rockwell are the most valuable of the 10 paintings by American artists gifted to the museum.

One, named Thanksgiving, depicts an Italian girl, offering thanks for a meal amid the destruction of World War II. The museum estimates that painting is worth $500,000.

The second painting, titled Hot Stove League, could be worth $1 million, according to museum officials. The work is about two old men arguing about baseball while they and a dog are warming themselves by a stove.

For more than three years, curators researched the Spinks’ gift, which also contains 215 pieces of Asian art, before officially accepting it on Monday. Officials say the Asian ceramics, bronzes, glass, pottery and jade will make the greatest impact on the museum’s collection. Some of the pieces are 5,000 years old.

“The Spink Collection represents such a high level and wide range of collecting in Chinese art that is not likely to be repeated or surpassed in St. Louis for many generations, if at all,” said Philip Hu, associate curator of Asian art.

Officials say the couple began collecting art in the 1970s and had committed to sending it to the museum. They bought Asian art with the help of a curator to round out the museum’s ensemble.

Museum director Brent Benjamin said the Spinks’ donation is one of the most important the museum has received in recent years.

“It’s one of the biggest gifts in a generation,” he said. 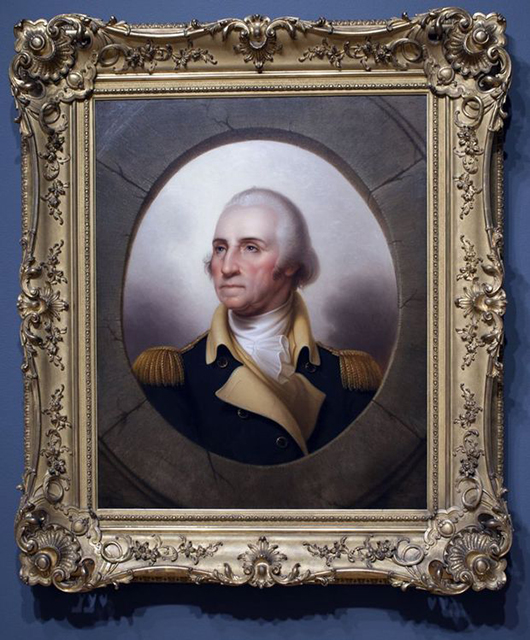 One of the paintings donated was a Rembrandt Peale (American, 1778- 1860) portrait of George Washington, c. 1845; oil on canvas; Saint Louis Art Museum, Bequest of Edith J. and C.C. Johnson Spink

Miami’s priciest pad: here’s what you get for $65M